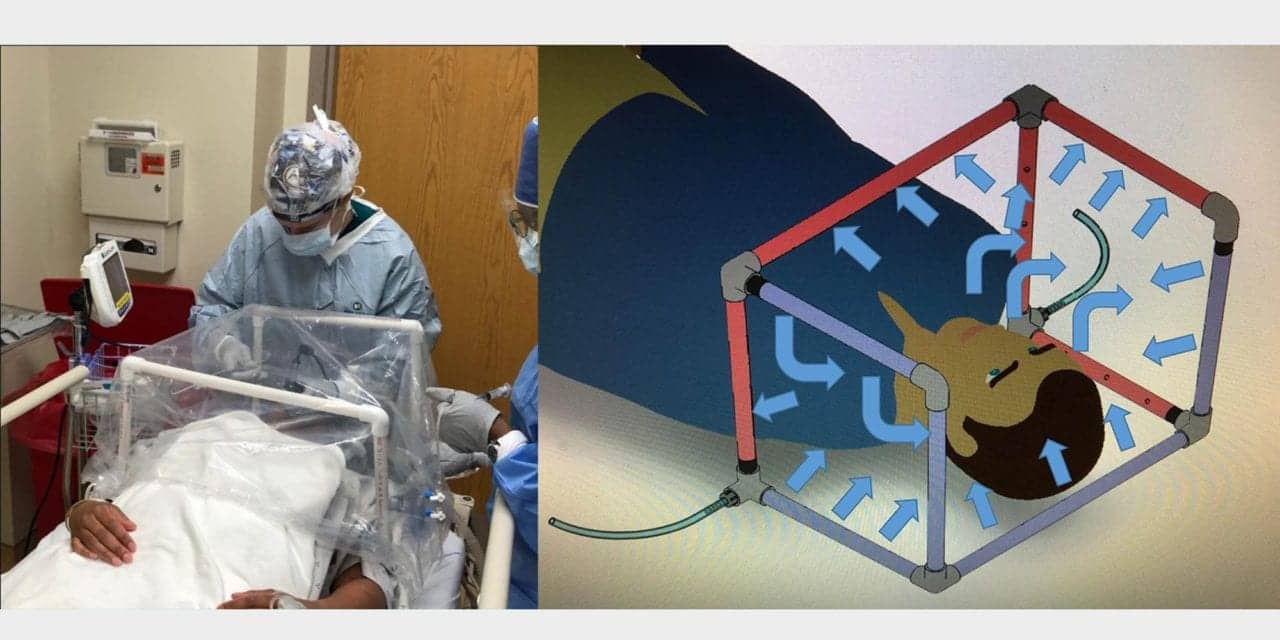 The FDA issued an Emergency Use Authorization (EUA) to Walter Reed National Military Medical Center for the COVID-19 Airway Management Isolation Chamber (CAMIC), a plastic barrier device placed over the head, neck, and shoulders of patients to isolate airborne particulates.

CAMIC is a barrier device constructed by draping clear plastic sheeting over a box-like frame made of common PVC piping. The chamber captures and removes viral particles emitted from a patient’s nose and mouth using a flow of air or oxygen, which comes in through holes in the piping on one side, and is sucked out by a vacuum on the other.

CAMIC is to be used by healthcare providers within the US Army and Military Health System as an extra layer of barrier protection, in addition to personal protective equipment, to prevent exposure to pathogenic biological airborne particulates during transport of patients, at the time of definitive airway management, or when performing medical procedures on such patients during the COVID-19 pandemic.

The chamber was invented to supplement standard personal protective equipment used by doctors and nurses by creating a safer environment for performing airway management from examination to intubation. Intermediary airway management represents those options a healthcare provider might use prior to intubation. In making these intermediary options safer and more available, the use of the CAMIC may allow patients to avoid the need for intubation altogether.

The device was modeled and tested at Walter Reed and Madigan Army Medical Center with computer modeling at TATRC. To measure the effectiveness of the invention, smoke was used as a proxy for airborne viral particles and a particle counter was used to measure distribution within and around the prototype. The study was submitted for publication in the New England Journal of Medicine.

“Clinicians at both hospitals spent many sleepless nights and weekends toying with designs and testing models,” said Maj. Douglas Ruhl. “The device can also contain infective particles during other airway treatments, like high-flow oxygen, a nebulizer, or a CPAP, and hopefully decrease the need for ventilators.” 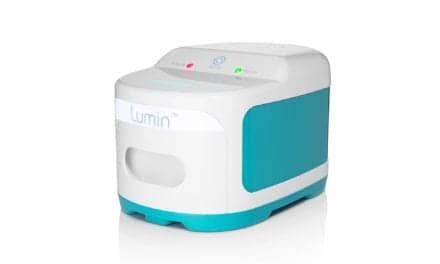