Home oxygen users are facing a number of tough issues these days: cuts in oxygen reimbursement, restrictions in travel, and a general lack of education and choice when it comes to the very systems their lives depend on are making it more difficult for them to maintain the quality of life they once enjoyed.

“There is a serious problem in education,” says Kevin Tiger, a supplemental oxygen user since 1995. Tiger, who travels frequently on business, has found a health system wrought with regulations and a general lack of understanding or concern for the needs of oxygen-dependent people. He has also seen firsthand how bureaucracy takes the power of choice out of patients’ hands. “I’m on a liquid system, but there are some activities I do that require I have gas oxygen as opposed to liquid,” he says. “My supplier would sell the [gas] system to me, but would not file insurance for it.”

In his own efforts to understand the issues that were affecting home respiratory care, Tiger became very active in getting more information to maintain his quality of life. Tiger’s networking within the respiratory industry soon began a movement to create a patient-focused organization. “There wasn’t any organization from which [home] oxygen patients could get information, and there are a number of issues in patient care that patients need to start working on,” he says.

Interest from manufacturers and suppliers soon resulted in the creation of the National Home Oxygen Patients Association (NHOPA). Based in Chevy Chase, Md, NHOPA launched last year with the intent of enlisting oxygen users and their families to instigate national changes affecting the provision of home oxygen. With seed money from the manufacturing community, the organization got its real start with the help of National Association for Medical Direction of Respiratory Care

A MOVEMENT IS BORN

Tiger says the entire venture has been very grassroots. In September 1997, NHOPA held its first board meeting in Chicago. Tiger is current president of the organization’s executive council.

NHOPA relies on feedback from its members to determine its areas of involvement and to develop its brochures and newsletters to educate oxygen-dependent people. “Mainly, the association was established to educate the patient who is on supplemental oxygen,” says Gail Livingstone, an oxygen user since 1984 and NHOPA vice president. The group

is enlisting the help of providers and manufacturers to disseminate information and notify patients that NHOPA is a resource.

“Only patients or family members of patients on oxygen can be executive council members,” Tiger says. “NHOPA is exclusively devoted to improving

the lives of people who require supplemental oxygen-that’s the mission statement.”

NHOPA will eventually focus on four areas, says Porte, the association’s executive director. They are:

NHOPA has been successful in harnessing industry resources, Tiger says. “What we’ve been able to do, for example, is get Apria Healthcare-a nationwide supplier-to provide some of our association information and applications to users through its supplier networks.” Porte is quick to point out, however, that industry is not going to be allowed to dictate NHOPA’s goals.

Since its establishment last year, NHOPA has enlisted 500 oxygen-dependent people who pay $15 annually to receive information on oxygen use, equipment, and legislation. Although this is only a small percentage of the estimated 800,000 oxygen-dependent people in the country, the first-year members have been enlisted mostly through word of mouth, Tiger says. “One of our greatest needs is to increase membership.”

“We’re trying very hard to get information to oxygen users,” Porte adds. “One of the first things members get is a handbook put together by NAMDRC called Understanding Home Oxygen Therapy, which is a great educational tool.” In addition, Tiger says, members are updated with a bimonthly newsletter and brochures explaining the organization’s goals and current efforts.

Now the goal, Livingstone and Tiger say, is to strengthen ties to the supplier network. “If allied professionals know about us, they can tell their patients about us,” Tiger says. “Getting the information out to people has been one of the most difficult things for the association.” NHOPA hopes to continue to enlist national companies to provide patient information when home assessments and setups are done.

There have also been success stories. “Gail wrote a pamphlet on airline travel, and we sent it over to the Air Transport Association-the trade association for the major airlines,” Porte says. “They liked it so much they’re not only considering underwriting it, but they’re also using it for their own purposes.” The association has also asked NHOPA to assist with a training program for its members.

One of NHOPA’s main agendas right now is air travel. “Airlines are within their rights to deny boarding to anyone with supplementary oxygen,” Porte says. “The Americans with Disabilities Act does not apply. The Air Carrier Access Act not only gives airlines the right to deny boarding, but also says that, if the airline does allow the passenger on board, the passenger cannot bring his/her own equipment and the airline cannot furnish it.”

What is frustrating, Porte says, is that a number of old regulations are preventing airlines from changing the policy. “Most of the airlines don’t like this. They want to get out of the oxygen business and move in a better, more productive direction on this issue. The airlines have urged the FAA to take up the process of reviewing our proposal and still nothing has been done.”

The dead end is the Federal Aviation Administration (FAA) and the Department of Transportation (DOT), Porte says. Years of bureaucracy and ineptness have stalled the airline oxygen issue, he notes. “For 3 years, the DOT has said in its semiannual agenda of regulations in the Federal Register that it is about to move on the issue of passenger oxygen. Last fall, it had a Federal Register notice saying a task force was being developed. But when you call the FAA and ask, ‘Who’s in charge? Who are the staff people?’ They can’t answer. We write letters and they don’t answer.”

Porte hopes NHOPA will be able to challenge the regulations. “There are more than 800,000 Americans on supplemental oxygen who would love to fly, and most of them, as we sense, have simply given up.”

Tiger also notes ignorance and inconsistency among airline companies. The result, he says, is never knowing what to expect when taking a trip. “I was unable to attend NHOPA’s last meeting in December because when I got to the airport that morning for my flight, the equipment they [the airline] had there for me didn’t work!” he says.

NHOPA has made some inroads with airlines, many of which have been receptive to changing the situation, Porte says. “There are several possible ways to resolve the issue. It all can be done on the regulatory side, but that has been a dead end for years. Other options would be to allow airlines to subcontract or to require airlines to allow passengers to bring their own systems provided they meet FAA requirements. We understand the safety and security issue, but there are all sorts of options to making this a reality.”

For now, Porte and Tiger say the plan has been to contact airline industry executives, trade associations, and representatives on Capitol Hill to try to start generating interest. “We have met and actually given testimony at an FAA hearing on changes to airline rules in regard to oxygen uses,” Tiger says. “Right now, we have written letters to a few Senators who have jurisdiction over the FAA. If they don’t respond, we need to go to the media, and make more and more people aware of the issue.”

Porte agrees that a media focus may be the only way to really get the attention the airline issue needs, adding that travel is really the biggest quality-of-life issue for many oxygen users. “We get more letters in the office on the airline issue-probably 20 to 1-versus the oxygen-cut issue.”

Oxygen cuts are also at the top of NHOPA’s agenda, and the association is trying to offer some options to the planned reductions. “One of the positions NHOPA has taken as far as commenting on the 25 percent oxygen [reimbursement] reduction is, ‘Let’s look at a different pay structure based on the types of oxygen needs,’ ” Tiger says.

For oxygen-dependent people who are confined to their bed or home, a concentrator is the right piece of equipment for them, “but there are many other people on oxygen who are very mobile, and that type of system doesn’t serve them,” Tiger says.

Livingstone says it was not until she got involved with NHOPA that she realized how many people were given the wrong information from home oxygen suppliers looking to keep their costs down. “I can appreciate where providing companies are regrouping and restructuring,” she says, “but, where in the 1980s, a liquid system would be recommended because the reimbursement was available, now it may not be. I’m finding a lot of companies are not offering liquid systems at all.”

According to the supplier industry, reductions in Medicare reimbursements will put many of them out of business, which has not happened yet, Porte says. What the Health Care Financing Administration (HCFA) wants is proof that patients’ lifestyles and health are being compromised, he says. “Part of the legislation that authorized the 25 percent cut also authorized HCFA-doesn’t require, but authorizes HCFA-to pay different amounts for different oxygen systems,” he says. “They don’t want to do that in the absence of evidence…that people who had portable systems are no longer getting them. That’s where our membership comes in; we’ve asked them for that information.”

Affecting the situation will be difficult until NHOPA increases its member roster and formulates some hard data about quality-of-life issues, Porte says. “It’s very slow and anecdotal. We need harder data to present to HCFA.” That, Porte says, will be the mission for now. 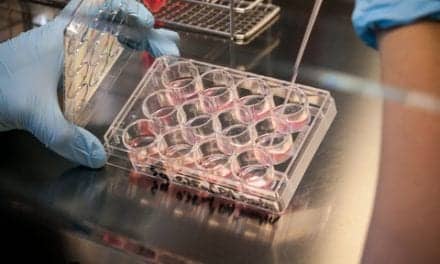 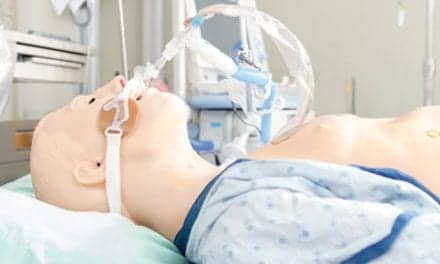