The typical dose of a medication currently used to effectively treat tuberculosis (TB) is too low to account for modern-day physiques, say researchers at UT Southwestern Medical Center. According to researcher Tawanda Gumbo, MD, associate professor of internal medicine at UT Southwestern, this is a particularly important finding for societies plagued by obesity.

“What really drives the variability of this particular drug is patient weight and gender, so in our simulations we took that into account,” said Gumbo in a press release about the study. “What we found is that we’re really using doses for very skinny people—105 to 110 pounds. I haven’t met many adults who are at that weight.”

An announcement about the study explains that because TB treatment typically includes multiple drugs, introducing new ones to existing regimens has made it difficult to identify which, if any, of the drugs are working at the current dosage levels.

A new model developed at UT Southwestern utilized in the study uses cultured cells to gauge the effectiveness and proper dosage of anti-TB drugs.

“With this model, we can directly test molecules that have the potential to shorten therapy and go straight to coming up with the doses that you would use in patients,” Gumbo said. “What that means is that if you have a molecule that could cure TB in one month in this model, it stands a good chance that it would do the same in patients.”

The researchers gave patients pyrazinamide, commonly combined with other drugs for the treatment of TB, every day for one month. Then the researchers used the data collected to calculate how much bacteria the drug killed before resistance emerged. The researchers focused on pyrazinamide because physicians once used it alone to treat the disease, so there are many studies documenting precisely how the drug behaves in patients—something that is unclear for some newer drugs.

When the researchers began testing pyrazinamide in the lab, they found that the concentration of the drug declined at a rate that matched the rate seen in patients.

“In patients, unlike in test tubes, it’s not a constant concentration. A patient given multiple drugs degrades each of them at different rates,” said Gumbo. “Using this model, we can actually copy this concentration profile of the drugs to human-like exposures.”

According to Gumbo, his team’s finding that the doses traditionally given to tuberculosis patients are much too low suggests that different doses are probably needed in different countries. “Most of the patients we see here in Dallas are not 110 pounds unless they have some other severe disease.”

“We’ve rationally and scientifically come up with a dose that depends not just on the kinetics or the concentration time profile of patients, but also how the bug itself responds to that particular drug,” Gumbo said. “So, instead of using the average patient or a mean patient, we can now project how a drug combination will fare in actual patients. With this model, researchers can use these simulations to determine the duration of therapy, which could shorten from years to months.”

The finding appears online and in the August edition of Antimicrobial Agents and Chemotherapy. 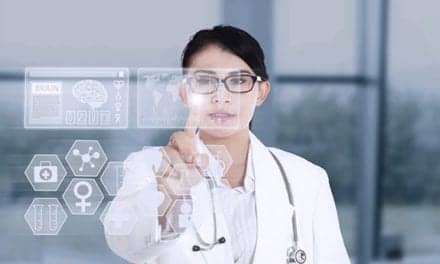