Researchers Use the Abdomen to Deliver Oxygen

August 8, 2006—Researchers at the University of Pennsylvania School of Medicine have helped develop a technique in animal models for using the abdominal cavity to exchange gas, supplementing the function normally performed by the lungs. The goal is to provide a way to support patients who are on a mechanical ventilator, suffering from reversible lung failure, but who need extra time and support to heal—beyond what a ventilator can provide—to survive. The findings are reported in “Peritoneal Perfusion with Oxygenated Perfluorocarbon Augments Systemic Oxygenation” in the August issue of Chest

“This is an alternate, novel way to deliver oxygen to the body that does not attempt to wring more function out of an already injured lung by using ventilator settings that can actually exacerbate the underlying lung injury. The only other alternates that can ‘rest’ the lung involve variations of bypass-machine technology, all of which require anticoagulation,” explains Joseph Friedberg, MD, associate professor of surgery, principal investigator of this study. “The ability to rest the lungs and provide supplemental oxygen with a technique that appears nontoxic and does not require anticoagulants could have huge implications some day for patients suffering from potentially reversible pulmonary failure … Sometimes patients have a condition in which they might have a chance to recover if they could survive the most severe phase of their disease.”

The system the Friedberg et al have developed involves recirculating a gas-carrying liquid through the abdomen to deliver oxygen. They tested the system in adult pigs that were put to sleep and ventilated with low concentrations of oxygen to simulate lung failure. Using this technique, researchers observed an increase in arterial oxygen saturation from 73% to 89%, within range of the 90% physicians target. Friedberg adds, “If this experimental finding can be translated to a critical care setting, this could be a potentially life-saving increase in oxygenation.”

Friedberg’s idea was inspired by peritoneal dialysis—during which a catheter is placed into the abdominal cavity and the blood is cleansed by using the lining of the abdominal cavity to exchange toxins and electrolytes. Friedberg hypothesized that it might be possible to use the lining of the abdominal cavity for gas exchange, like a “supplemental” lung, analogous to the way it is used like a “supplemental” kidney during peritoneal dialysis. To test this hypothesis, a nontoxic liquid capable of dissolving large volumes of gas would be needed. Friedberg felt perfluorocarbons were well suited for this purpose.

“What we found … was that the circuit was able to increase arterial oxygen levels by a significant degree and that the technique was simple and safe to perform in these short-term studies. We have shown that this technique has potential. The next steps would be to optimize the effect, by testing it in a lung disease model and assess long-term safety,” states Friedberg.

Friedberg addresses the potential for this technology in treating critically ill patients, “I have seen patients die who might have survived if there had been some way to buy them more time for their lungs to recover. They just exceeded the ability of the ventilator to exchange enough gas through their sick lungs. Also, there is a phenomenon of ventilator-induced lung injury, a vicious cycle where the high vent settings required to support someone with lung failure actually exacerbate the underlying lung disease, requiring even more vent support. A technique like abdominal perfusion, if proven to be safe and effective, could be used to short-circuit this positive feedback loop and ‘rest’ the lungs, rather than enter that potentially fatal spiral.”

Maximizing Efficiency in the ER 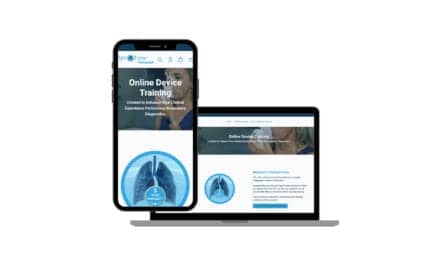