Recently, researchers have found that the primary bacteria behind tuberculosis (TB) can grow on surfaces. Additionally they found that drug-tolerant strains of TB flourish in these bacterial communities.

This is the first study to show that mycobacterium TB can grow on the surface level bacteria clusters, known as biofilms. The findings may suggest an explanation why human TB requires 6-9 months of intense antibiotic treatment. It might also explain why relapses can occur even after the treatment period.

The researchers also noted that the biofilm bacteria are physiologically and genetically different from TB bacteria harvested in the lab, which are used to develop antibiotics. The variations result in drug tolerant populations of the bacteria that can survive high concentrations of anti-TB antibiotics.

“The nature of persisting M. tuberculosis cells has been an enigma for the entire field,” says William Jacobs Jr. of the Department of Microbiology and Immunology at the Albert Einstein College of Medicine in New York. “Clearly M. tuberculosis cells in biofilms represent at least one class of persistent cells, and we are testing their biological relevance.”

The biofilm has not yet been proven to factor into human TB infections.

The study is outlined in a paper published in Molecular Microbiology. 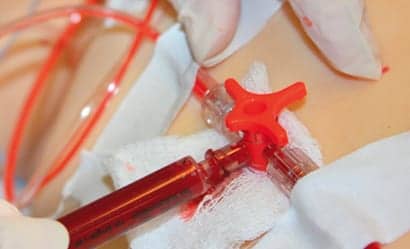 The Pitfalls of Arterial Blood Gases

Taking the Bite out of Medicine