Adherence to standard methods is crucial to ensuring that PFTs from different facilities and different devices produce the same results. Part 1 of 2.

The pulmonary function test (PFT) is useful for the diagnosis and management of a variety of pulmonary conditions. The usefulness of PFTs depends upon their reproducibility, standardization, and overall quality. Standardized methodology is intended to ensure that PF laboratories perform testing in a consistent manner and in a way that allows rigorous quality control. Results are interpreted by comparing them with reference values based on the patient’s height, age, gender, and ethnicity. These equations have been derived from results of PFTs performed on populations of healthy individuals; they may be specific to a single area or to a large general population. Despite the existence of standardized methods and the ability to normalize results using well-studied control populations, nonadherence to these standards can produce PFTs from different facilities that are not always comparable.

Lung Compartments
PFTs are obtained in order to measure the compartments of the lung as an aid to diagnosis and management of pulmonary disease. By definition, a volume is a compartment that cannot be further subdivided, while a capacity is composed of two or more volumes. The four volumes of the lung are tidal, inspiratory reserve, expiratory reserve, and residual. Tidal volume (VT) is the amount of gas that is inhaled, with a normal inspiratory effort, from the resting position of the chest and lung. Inspiratory reserve volume (IRV) is the additional amount of gas that can be inhaled following this normal inspiratory effort. This is an infrequently used measurement and is somewhat difficult to obtain because the VT may vary in a healthy individual.

After a normal expiratory effort returns the lung and chest wall to the resting position, an additional amount of gas can be exhaled with a voluntary effort. This is the expiratory reserve volume (ERV). At the point of maximal expiration, there is still a quantity of gas in the lung that cannot be expelled. This is the residual volume (RV).

The total lung capacity (TLC) comprises all four volumes. The inspiratory capacity (IC) is the maximum amount of gas that can be inhaled from the resting position (the sum of the VT and the IRV). After a normal exhalation to the resting position of the lung and chest wall, the amount of gas remaining in the lung is the functional residual capacity (FRC), which consists of the ERV plus the RV. The vital capacity (VC) is the amount of gas that can be expelled from the lung when exhalation starts at the maximal inspiratory level and proceeds to the maximal expiratory level. It may be viewed as the sum of the IRV, VT, and ERV (or IC plus ERV).

Usually, the VC is measured as a forced exhalation. The subject is asked to inspire to the maximal inspiratory position and then empty the lungs as rapidly and completely as possible. This is the forced VC (FVC). If, however, the VC is measured using an inspiratory maneuver lasting from maximal expiration to maximal inspiration, it is then called an inspiratory VC. Since the VC measures the change in lung position from maximal inspiration to maximal expiration, it should be considered a measure of the subject’s ability to change the size of the thoracic cavity. This is influenced by all the muscles of respiration and their innervation, by the elasticity of the thoracic cage and lung, and by the patency of the airways.

By keeping the lung partially filled with gas throughout life, the FRC maintains a relatively constant Pao2 and Paco2. Each breath removes carbon dioxide from the FRC and adds oxygen. If the FRC were zero, so that the end of each breath completely emptied the lungs, the Pao2 and Paco2 would fluctuate widely with each breath. During expiration, the entire pulmonary circulation would become a shunt due to the lack of gas and gas exchange in the lung; oxygen and carbon dioxide levels would remain at mixed venous (pulmonary arterial) levels. A patient with an FRC of zero would be expected to become cyanotic during each breath at the end of expiration. Inspiration would restore exchange of oxygen and carbon dioxide, and intra-alveolar gases would again have essentially the same partial gas pressures as the atmosphere, except for the pressure of water vapor in the lungs.

The FRC physically helps keeps alveoli and airways patent. This helps prevent pulmonary arterial-to-venous shunting arising in areas of locally atelectatic portions of lung. The FRC makes the work of breathing easier, because it takes a greater effort to open and expand collapsed alveoli than simply to expand alveoli that are already open. An FRC that is too small can lead to areas of atelectasis, but if the FRC is too large (perhaps due to severe airway obstruction), it cannot adequately be freshened by each breath. This leads to a decrease in Pao2 and an increase in Paco2.

PFT Values
The most commonly obtained PFTs are spirometry and lung-volume measurements. Spirometry is a dynamic test that more directly measures a patient’s ability to move air in and out of the lungs and is most useful in demonstrating airway obstruction. Lung-volume tests are static measures that are useful in identifying pulmonary overinflation or restrictive disorders. These tests measure the sizes of the different compartments of the lung.

The usual results of spirometric testing are values for FVC and one or more of its volume subdivisions. The most reproducible subdivision of the FVC is the forced expiratory volume in 1 second (FEV1), which is the volume of gas exhaled during the first second of the FVC. Other volumes that can be measured include FEV at 0.5, 2, 3, and 6 seconds.

Lung-volume measurements are more difficult to derive and less commonly used in the diagnosis and management of lung disease. Typically, the TLC is derived by measuring a tracer gas at a known starting concentration. During exhalation after 10 seconds, the diluted concentration of the tracer gas is measured, and the TLC is derived by dividing the FVC by the dilution factor. This measurement is typically accurate in healthy patients or patients with chest restriction. In patients with obstructive diseases such as chronic obstructive pulmonary disease (COPD), however, the TLC is likely to be underestimated due to air trapping and unequal distribution of the inhaled tracer gas. There is also a rebreathing method whereby the final concentration of the tracer gas is determined when it remains constant with each breath.

Alternative, but less commonly employed, ways to measure TLC include total gas volume measurement by plethysmography and radiographic TLC measurement.1 The pleythysmographic method requires expensive additional equipment and may be more difficult for some patients to perform, but it avoids underestimation of TLC in the presence of airway obstruction and allows an approximate measurement of the quantity of trapped gases due to severe airway obstruction. Radiographic TLC requires only a good chest radiograph, but it is labor intensive and is rarely performed.

Quality Control
Pulmonary disease can reduce the accuracy of some measurements, but poor quality control seriously hampers the ability to obtain reproducible, accurate PFT results. Multiple sets of standardized procedures exist, but the most recent (and, generally, best accepted) are from the American Thoracic Society (ATS).2

The FVC maneuver is to be performed on spirometry equipment that is calibrated at least daily, using a calibrated 3-L gas syringe, and that is checked weekly for air leaks. The equipment should be in a room that is kept at a comfortable temperature. Subjects must perform the FVC maneuver in a sitting position, with the head held in a neutral position. Artifacts from temperature and body-position variation have been well described.3 Volume-displacement spirometers, although they are bulky and have moving parts, hold their calibration extremely well. Electronic spirometers (flow-integrated pneumotachographs) are smaller and without moving parts, but need more frequent calibration.

The patient is asked to exhale completely, take as full a breath as possible, and then blow as quickly as possible until the lungs are emptied of air. The patient must exhale into the spirometer’s mouthpiece until an expiratory plateau is reached, at which point no appreciable additional gas is being exhaled. Excessive coughing, glottic closure (the Valsalva maneuver), air leaks at the mouthpiece, early termination of the expiratory maneuver, and an unsatisfactory initiation of expiration (for example, hesitation or false starting) indicate a suboptimal measurement. A single study session should obtain at least three acceptable measurements. The two best measurements of the FVC must agree within the larger of 5% or 100 mL; the largest FVC value is reported. Complete procedures are detailed in published guidelines.3,4

To obtain lung-volume measurements using the tracer-gas technique, a subject must exhale completely prior to inhaling the tracer gas. To allow mixing of gases in the lung, the subject must be able to hold his or her breath for 10 seconds before exhaling. During the middle portion of exhalation, the tracer gas concentration is sampled and measured and the dilution is calculated. The gas meter for detecting the tracer gas must be demonstrated to have a linear response to varying concentrations of the tracer gas. Calibration of the gas itself is not required. Helium, neon, and methane are the most commonly used tracer gases because of their relative insolubility in blood.

Part 2 of this article will run in a future issue.

Implications and Considerations for Medical Care and Prevention 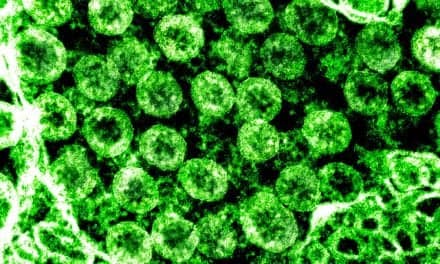 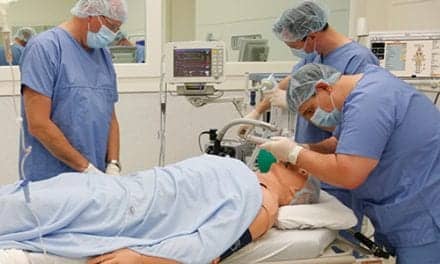