The groundbreaking invention of carbon dioxide and oxygen electrodes in the 1950s resulted in the construction of the blood-gas analyzer by Severinghaus and Bradley in 1959.1 Since that time, blood-gas analysis has been established as a powerful diagnostic tool in critical care. When lightweight, portable analyzers were first introduced in 1995, we started testing them in our local physician-staffed emergency medical system in Graz, Austria.2 We have been using blood-gas analysis as a routine diagnostic procedure in prehospital emergency medicine and have gained experience with three different types of analyzers.3,4 The devices now available offer a wide range of functions, but the basic parameters measured are Po2, Pco2, and pH, with bicarbonate concentration and base excess recalculated. These parameters enable the emergency physician to detect a broad range of life-threatening respiratory disturbances and acid-base imbalances. Their early, exact diagnosis in the field, as well as in the emergency department, allows efficient, properly directed therapy.

Physiology and Pathology
The Pao2 is normally about 70 to 100 mm Hg and is an important measure for the assessment of pulmonary diffusion. Pulmonary oxygen diffusion depends on the oxygen concentration gradient on the pulmonary surface area, on the permeability and width of the alveolar-capillary membrane, and on the contact time of erythrocytes with the membrane. Pathologies affecting the diffusion layer or the gas-exchange surface area (such as pulmonary edema, aspiration, or pulmonary fibrosis) lead, therefore, to decreased Po2. Disturbances of the ventilation-perfusion ratio (V/Q), as seen in asthma, pulmonary embolism, or general circulatory failure, also lower the Po2. The higher the alveolar Po2 (Pao2)—that is, the more supplemental oxygen the patient is given—the higher the Pao2. In a healthy human, the Pao2 equals about five times the fraction of inspired oxygen (given as a percentage).

Paco2 is typically 35 to 45 mm Hg. Carbon dioxide diffusion through the alveolar-capillary membrane occurs 20 times more easily than oxygen diffusion, so the Pco2 depends mainly on the transportation of carbon dioxide from peripheral tissues to the alveoli and from there to the exhaled air. Disturbances of the gas-exchange surface area affect the Pco2 only if about 50% of the lung tissue fails. Hypercapnia is caused by muscular exhaustion, severe obstructive lung diseases, or severe thoracic injuries. Disorders of the central nervous system, such as intoxication, can also produce hypercapnia. Hypocapnia, on the other hand, can be produced by hyperventilation (hyperventilation tetany, Kussmaul respiration, or iatrogenic hyperventilation).

Buffer bases provide immediate regulation of the acid-base balance, but their capacity is, of course, limited. By eliminating or withholding carbon dioxide, the respiratory system can affect the acid-base balance, acting as a compensating mechanism within minutes. The renal system acts as a long-term regulator by altering the elimination of acids in the urine; these changes can take effect within hours.

Acidosis and alkalosis can be of either respiratory or metabolic origin. Carbon dioxide reacts chemically as an acid, so hypercapnia causes respiratory acidosis and hypocapnia results in respiratory alkalosis. Metabolic acidosis can be caused by the excessive production of acidic metabolic products due to hypoperfusion, diabetic ketoacidosis, or intoxication; by diminished clearance of acids (as in renal or hepatic failure); or by inadequate loss of bicarbonate as a consequence of diarrhea or renal disorder. Metabolic alkalosis develops as a consequence of severe vomiting, renal malfunction, or an iatrogenic oversupply of alkaline substances. Acidosis and alkalosis have a major impact on the body. Acidosis leads to hyperkalemia and can, therefore, cause cardiac arrhythmias. Moreover, acidosis reduces inotropy, has depressant effects on the central nervous system, and lowers the oxygen-binding capacity of hemoglobin. Acidoses of both respiratory and metabolic origin are common and are frequently encountered in emergency medicine. Alkalosis can result in seizures, paresthesias, and hypokalemia. Respiratory alkalosis due to hyperventilation is seen by the emergency physician quite often, but metabolic alkalosis is rare. Because an acid-base imbalance can be of purely respiratory, purely metabolic, or mixed origin, if only one system decompensates, the other will primarily counteract it to keep the pH stable. For example, in diabetic ketoacidosis, Kussmaul hyperventilation occurs: the respiratory system attempts to compensate for a metabolic disturbance.

Analysis Indications
In cardiac arrest, perfusion fails and no oxygen is delivered to the tissue. Physiological mechanisms switch to anaerobic glycolysis for energy production and generate large amounts of lactic acid. Due to lack of blood circulation, the acidic metabolic products cannot be removed. Carbon dioxide elimination through the lungs also fails, and these two factors lead to a severe combined acidosis.5 The extent of the acidosis is not predictable at all. Our investigations revealed pH values down to 6.8 and base excess as low as –25.2 mmol/L, but patients who received sufficient advanced cardiac life support very shortly after cardiac arrest can even have slight alkalosis due to hyperventilation.6 After prolonged cardiopulmonary resuscitation, however, all patients develop severe metabolic acidosis because even perfectly performed chest compressions do not produce an adequate perfusion pressure. An immediate point-of-care arterial blood gas (ABG) analysis during CPR can quantify the extent of acidosis and allow exact differentiation of the metabolic and respiratory fractions. The increased Pco2 seen in cardiac arrest has been well documented.7,8 When an ABG analysis is obtained, the ventilator can be set exactly according to the patient’s needs and an optimal Pco2 can be maintained. The metabolic fraction of the acidosis can be buffered using sodium bicarbonate, with the dose calculated as base excess first multiplied by the patient’s weight (kg) and then multiplied by 0.1. In intensive care, 0.3 is the factor used in calculating the bicarbonate dose, but 0.1 is used to account for reduced cardiac output under CPR conditions. Sodium bicarbonate has been employed to buffer metabolic acidosis for almost 180 years; it has recently caused considerable controversy, but when a pH of less than 7.1 has been measured, it is recommended as a class IIa substance by the American Heart Association.9

Under stable cardiorespiratory conditions, the measured end-tidal carbon dioxide (etco2) correlates with the Paco2 quite well; therefore, in routine anesthesiology practice, capnometry is adequate for monitoring ventilation. The Paco2-Paco2 (3 to 5 mm Hg) remains constant. In emergency situations, however, the V/Q often changes within a short time.10,11 When patients develop atelectases, aspiration, contusions of lung tissue, or pneumothoraces, parts of the lung receive adequate perfusion, but are not sufficiently ventilated. This results in considerable right-to-left shunting. The shunting mainly affects the Po2, but the Pco2 rises as larger areas are damaged. Pulmonary embolism or hypoperfusion as a consequence of massive circulatory failure can cause significant dead-space ventilation, which also compromises carbon dioxide elimination. Studies conducted by the emergency medical system of Graz12 clearly showed that, in emergency patients, there is no correlation whatsoever between the Paco2 and the etco2. Thus, for every artificially ventilated emergency patient, we recommend that at least one ABG analysis be performed. The ventilator can then be set according to the determined Paco2-Paco2, as long as cardiocirculatory conditions remain unaltered. If cardiocirculatory complications are present, we suggest the analysis of several consecutive blood samples to achieve accurate monitoring of ventilation.

Assessing Respiratory Failure
A large percentage of emergency patients present with dyspnea. An ABG analysis can be helpful in the assessment and documentation of the severity of respiratory failure and can verify the effectiveness of emergency therapy. The Pao2-Pao2, normally less than 30 mm Hg, allows an exact evaluation of respiratory disturbances. It must be mentioned that the oxygen saturation measured using pulse oximetry reflects the blood’s oxygen content better than the Po2 does,13 especially if modern multi-wavelength systems are used. In some emergency situations, however, pulse oximetry is unreliable or fails, whereas an arterial blood sample can be obtained from almost any patient.14 When newer therapeutic strategies such as prehospital noninvasive positive-pressure ventilation are used, measurement of blood gases helps to detect the failure or success of the intervention early, allowing conventional methods (such as intubation) to be used in time to save the patient.

As emergency patients often show decreased perpheral circulation, only an arterial blood sample is acceptable for the point-of-care assessment of blood gases. We commonly puncture the radial or brachial artery; under CPR conditions, it may be necessary to obtain samples from the femoral artery. It is possible to use normal needles and syringes, but this requires the sample to be processed immediately. Heparinized microcannulae permit the blood sample to be stored for a short time. If appropriate equipment is available, invasive arterial blood pressure can be monitored via arterial line, which also allows consecutive blood samples to be obtained conveniently and safely.

When unheparinized syringes are used, the blood coagulates rapidly and the measurement fails if the sample is not processed at once. If the sample is left in the microsampler for a longer period of time, air and blood oxygen and carbon dioxide begin to equalize, and measurement will produce incorrect results. For the same reason, the sample must be free of air bubbles.

Depending on the type of analyzer, software version, and cartridge type, portable blood-gas analyzers can also measure a variety of other parameters. For emergency point-of-care testing, electrolyte measurement is the most useful tool: potassium-level abnormalities are important (and common) reasons for cardiac arrhythmias, and calcium and sodium levels may also be of significant concern. Some analyzers offer hematocrit and hemoglobin concentration measurement; although blood loss should be evaluated based on clinical symptoms, an initial value can be helpful for further trend analysis.

Use of ABG in the EMS of  Graz, Austria
In the emergency medical system of Graz, Austria, which serves a population of about 300,000 inhabitants, EMT-staffed ambulances provide basic emergency medical care. For potentially life-threatening situations, there are four vehicles fully equipped for advanced cardiac life support and advanced trauma life support, three of which have been carrying portable blood-gas analysis since 1995. Unlike most systems in the United States, prehospital emergency patient care is provided by physicians. Therefore, the decision to draw a blood-gas sample as well as interpretation and therapeutic consequences are the attending emergency physician’s responsibility. No strict protocol or patient data telemetry is used. Yet the example of our local EMS, which also employs specially trained medical students as first-line emergency medical care providers (comparable to EMT-paramedics), shows that prehospital blood-gas analysis is reasonable and easy to assess with appropriate training. Although the benefit for critically ill or severely injured patients is obvious, the use of portable blood-gas analyzers is still rather uncommon in Central Europe.

Conclusion
We recommend that, in every CPR episode, at least one blood-gas analysis be performed in order to determine the type and extent of acidosis. The respiratory component of acidosis can then be treated using appropriate ventilator settings and the metabolic component can be treated using an exact dose of sodium bicarbonate. In every artificially ventilated emergency patient, blood gases should be measured to ensure correct ventilation. Moreover, point-of-care blood-gas analysis is a useful tool for the assessment, documentation, and trend monitoring of respiratory failure of any origin, as well as for determining the effectiveness of emergency therapy.

Therefore, there are clear indications for point-of-care blood-gas analysis. With properly trained personnel, arterial blood samples are easily and quickly drawn and rapidly processed. We believe that blood-gas analysis deserves its place as an important diagnostic procedure in prehospital and in-hospital emergency therapy. 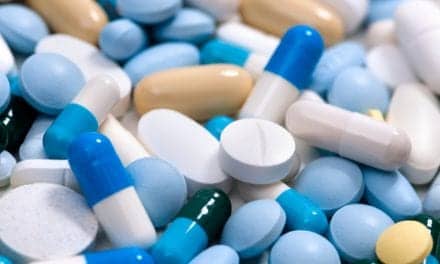