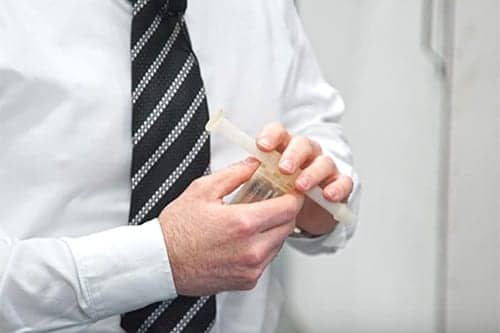 Researchers at the University of Surrey (UK) have developed the world’s first “sneezeometer,” an airflow sensor or spirometer that is sensitive enough to measure the speed of a sneeze. Developers say the sneezeometer is twice as fast and more sensitive than any other available device.

An ultra-sensitive spirometer, Surrey’s sneezeometer measures the flow rate of air through a patient’s lungs. When the patient breathes through the fist-sized instrument, the sneezeometer is fast and sensitive enough to pick up tiny fluctuations in the breath’s flow rate, which may be caused by a disease. Because no such instrument has yet been available, researchers are still exploring the diagnostic capabilities, according to a university press release.

“Breathing disorders are highly prevalent in both the developed and developing world. In the USA, asthma alone costs $56 million a year and the human cost is high too — about 9 deaths every day. The diagnosis and monitoring of respiratory diseases is key to proper treatment and we have now developed a simple, low-cost and non-intrusive diagnostic solution that will make doctors’ lives easier across the world,” said Dr David Birch, of the University of Surrey’s Aerodynamics and Environmental Flow research Group.

The Sneezeometer is currently being trialled at King’s College Hospital in London where the device may be used to help diagnose a range of conditions from neonatal settings through to animal diseases.

“The ability to measure the sensitivity of airflow detection and pull out other information from single breath is very interesting from both a research and clinical perspective. This is currently not picked out with conventional tests, and we have already been using it to mimic testing of asthma,” said Dr Manasi Nandi, Senior Lecturer in Integrative Pharmacology at King’s College London.

The new device could be in clinical service as soon as 2018, according to the press release. 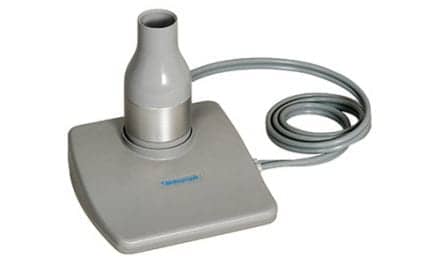