Blood Test Can Differentiate Between Viral and Bacterial Infections

A new blood test designed to detect a specific genetic viral “signature” demonstrated a sensitivity of 89% and specificity at 94%, according to researchers at Duke University Medicine, who developed the technique.

Investigators created a “real-world” setting in which 102 people arriving at a hospital’s emergency department with fever were tested; 28 had a viral infection, 39 had a bacterial infection and 35 were healthy controls. Results accurately classified more than 90% of the patients as having viral infection or not. The assay provided true positive identifications of viral infection in 89% of the cases, and correctly ruled out the negative cases 94% of the time.

The new approach could be used to detect unknown emerging diseases, including potential bioterrorism threats, according to researchers, because it does not require evidence of the pathogen in the blood stream.

“In instances such as pandemic flu or the corona-virus that has erupted in the Middle East, it’s extremely important to diagnose a viral illness far more accurately and speedier than can be done using traditional diagnostics,” said co-senior author Geoffrey S. Ginsburg, MD, PhD, director of Genomic Medicine and professor of medicine at Duke University School of Medicine. “Current tests require knowledge of the pathogen to confirm infection, because they are strain-specific. But our test could be used right away when a new, unknown pathogen emerges.”

Larger studies are planned, according to researchers, who are also focused on shortening the test’s turnaround time. Ginsburg said the test currently takes 12 hours, and analyzes about 30 genes. He said both the time and the number of genes could be pared. 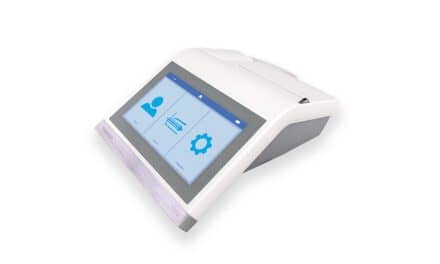 Vitalograph Alpha Spirometer Now Available in the US