A focus on customer service has made Total Sleep Diagnostics a formidable player in a tough market.

When Total Sleep Diagnostics Inc, of Mandeville, La, opened a sleep laboratory last year in Olathe, Kan, company executives knew that stiff competition in the Kansas City metropolitan area would probably prevent the laboratory from becoming an overnight success. Much to their surprise, in less than 1 year, the Kansas laboratory became a formidable player in the sleep field, despite competition from two other freestanding laboratories and a handful of hospital-based sleep centers. Today, Total Sleep Diagnostics owns and operates seven sleep laboratories throughout the country, and plans are under way for continued expansion.

“Our ability to offer flexibility is one of the reasons we’ve been so successful,” says Marilyn Eason, director of operations of Total Sleep Diagnostics of Kansas. “In addition to having a very comfortable center for overnight sleep studies, we also can conduct studies in our clients’ homes.”

Total Sleep Diagnostics is one of a growing number of private companies in the United States that specializes in offering sleep studies in freestanding centers and the home. Much of this growth has occurred because of increased awareness among health care professionals and consumers about sleep apnea. It has been estimated that approximately 20 million Americans currently suffer from one of three types of sleep apnea: obstructive, central, or mixed.

Obstructive sleep apnea (OSA), which is associated with upper-airway obstruction and a loss of airflow even though the respiratory muscles are active, is the most common and severe form of apnea. When muscles of the soft palate at the base of the tongue and uvula relax and sag, they obstruct the airway and cause loud, labored breathing. When breathing stops, pressure builds up until the sleeper lets out a gasp of air. Each gasp causes a mini-awakening. People with OSA can stop breathing for 10 seconds or more several hundred times a night. Snoring is usually present.

Central apnea occurs when the airway remains open but the diaphragm and chest muscles stop working. As blood oxygen levels decrease, the sleeper will awaken and resume breathing. Several awakenings during the course of a night usually occur, sometimes accompanied by gasps or choking sounds. Snoring will not necessarily be present. Complaints of insomnia and the inability to stay asleep are common. Mixed apnea occurs when the sleeper experiences a brief period of central apnea normally followed by a longer period of OSA. People with mixed sleep apnea often snore.

Sleep apnea is more common in middle-aged men and overweight people. Research also reveals a growing number of children are being diagnosed with sleep apnea. Afflicted persons complain of insomnia or excessive daytime sleepiness. Headaches upon awakening are also common, as are impaired memory and concentration. Complications arising from sleep apnea can include heart and lung disease and, in severe cases, heart failure.

John McCurdy, RRT, technical director of Total Sleep Diagnostics of Kansas, stresses that most sleep laboratories have recognized the importance of hiring registered respiratory care practitioners (RCPs) to oversee sleep studies because of their knowledge of the respiratory problems related to sleep disorders. “Our expertise in the area of cardiopulmonary matters makes us well suited to detect specific problems that may arise during the studies,” says McCurdy, who joined Total Sleep Diagnostics last year after more than 5 years as a hospital-based polysomnographer.

As the technical director of the Olathe laboratory, McCurdy oversees both home and laboratory sleep studies. In situations in which a physician may want the patient to be studied in a hospital, McCurdy conducts the study at a local hospital that has an affiliation with the laboratory. Regardless of whether the study is done in the home, laboratory, or hospital, McCurdy or one of his staff is responsible for obtaining the necessary paperwork, answering patients’ questions, and setting up the equipment.

According to McCurdy, although the studies are less expensive when conducted in the home due to a decreased need in staff time, most insurance companies in his area are still uncomfortable with this method. “Unfortunately, there is still a stigma out there that home studies are not as accurate as laboratory studies, yet I could conduct an experiment with the same patient, in both the home and the laboratory, and you wouldn’t be able to tell the difference in terms of data collection,” he says.

McCurdy predicts payors will more readily agree to reimburse customers for home-based studies as they realize the potential cost savings and as patients’ preference for home-based studies becomes apparent. “Most of our patients want to be studied at home, so it’s frustrating when you learn that their insurance won’t pay for it,” he says.

When a home study is being conducted, McCurdy or a contract RCP arrives at the patient’s home 1 hour before he/she is scheduled to go to sleep. In addition to completing insurance paperwork, patients fill out a questionnaire covering information about their sleep patterns and possible complications. The patient is then hooked up to monitoring equipment that records heart rate, eye and muscle movement, respiratory effort, airflow, oxygen saturation, pulse rate, tracheal sounds, and brain wave activity to determine sleep staging. The technician does not leave until the patient thoroughly understands how to disconnect the wires if he/she needs to get up during the night. The technician returns in the morning to check on the patient, who then completes a customer-satisfaction survey

“Because this is a customer-driven business, the feedback we receive from our patients is critical,” McCurdy says. “By understanding their needs, we can make appropriate improvements to the services.” When the diagnostic equipment is returned to the laboratory, a board-certified pulmonologist who specializes in sleep medicine interprets the results. Because all of the data collection is done via a laptop computer, no overnight visual observation is necessary.

Eason believes one of the reasons the Olathe laboratory has been so successful in such a relatively short time is that it has paid special attention to the needs of its clients. As she points out, one of the challenges in providing effective sleep studies is making patients feel comfortable enough for accurate testing to be possible. “We make every effort to minimize the anxiety associated with our services, and we try to form a solid relationship with our patients before services are rendered,” Eason says.

The Olathe laboratory, located in the beautifully landscaped courtyard of a professional office park, features a “homelike” setting. The two spacious sleep rooms have the look of a luxurious bedroom, each complete with a plush comforter and pillow shams, full dresser, nightstand, television, and comfortable chair. “These patients have become accustomed to poor-quality sleep, so anything we can do to make them feel comfortable is important,” Eason says. For some patients, this may mean having access to the computer, fax, and copy machine for conducting late-night business. For others, it may mean having the space and lighting to read, knit, or visit with family members.

One service that has received many compliments from patients has been the continental breakfast served in the morning following their study. “Some of our patients go straight to work following the study, so this allows them to start their day without being hungry,” Eason says. The laboratory also stocks a supply of toiletries in case a patient has forgotten to bring something.

STANDING OUT IN THE CROWD

Advertising on local radio and television stations was one way Total Sleep Diagnostics was able to spread the word about its new laboratory in the Kansas City area. Setting itself apart from the other laboratories, however, has probably been its most effective marketing strategy. According to Eason, one of the advantages Total Sleep Diagnostics’s laboratory has over some of the local competitors is its flexibility in addressing customer needs.

Most of the hospital laboratories in the area have a 2- to 3-week waiting list for sleep studies. Total Sleep Diagnostics can almost always guarantee a study within 2 to 5 days. Throughout the entire process, patients are able to deal directly with the individual conducting the study. As McCurdy points out, most hospital-based sleep laboratories are so large that patients undergoing sleep studies there cannot always reach a sleep specialist when needed. “We have a 24-hour call system, which means our patients are able to call any time of day and reach the respiratory therapist, who can answer their questions directly,” he says.

Total Sleep Diagnostics also prides itself in being able to go the extra mile when patients make special requests. For example, recently a patient who was going to be studied overnight in the laboratory wanted her spouse to spend the night with her. To accommodate her request, the lab scheduled her for a night when the other sleep room was not being used for a study, so her husband could sleep in that room.

The location of the laboratory was also carefully selected with patients’ needs in mind. Because many travel with family members from some distance away, it made sense to be located within a quarter-mile radius of motels and hotels. Recognizing that many patients have difficulty addressing insurance matters, Total Sleep Diagnostics also helps patients by verifying their coverage and explaining exactly what their out-of-pocket expenses, if any, will be.

In just 1 year, Total Sleep Diagnostics has developed a strong network of referring physicians within the Kansas City area. To ensure this continued source of business in such a competitive market, the laboratory’s staff recognizes the importance of obtaining accreditation from the American Sleep Disorders Association (ASDA), McCurdy says. According to McCurdy, one of the most challenging aspects of receiving accreditation is obtaining the adequate-sized patient database the ASDA requires. “We have only been here for a year, so it takes a while to get the numbers we need,” he says.

McCurdy is confident that given its past track record-particularly regarding increased physician referrals and strong patient satisfaction-Total Sleep Diagnostics will continue to be a strong player in the Kansas City area sleep market.

“It’s an exciting field, especially as more health care professionals and individuals are becoming informed about sleep apnea,” McCurdy says. “If a sleep laboratory is set up with the patient in mind, it should have a reasonable chance at becoming successful-even in a crowded market.” 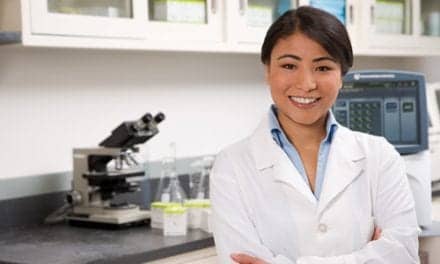 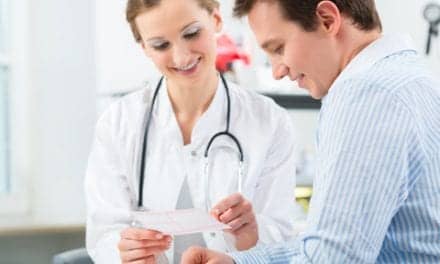