As RCPs have grown professionally through the evolution of health care, they have also assumed a significant role in hyperbaric medicine and wound care.

While the role of the RCP has experienced dynamic change over time, it has afforded us opportunities that might not otherwise have been considered possible. For example, in addition to the customary responsibilities, RCPs in some states perform arterial-line insertion, bronchoscopy, and elective and emergency intubation, and they handle the full realm of bedside hemodynamic monitoring. As RCPs have grown professionally through the evolution of health care, they have also assumed a significant role in hyperbaric medicine and wound care.

Hyperbaric oxygen treatment allows the patient to breathe 100 percent oxygen at a pressure greater than 1 atm absolute (ATA). Treatment can be delivered in a monoplace (single-patient) or a multiplace chamber. Monoplace chambers are typically filled with 100 percent oxygen compressed to a maximum depth of 66 ft of seawater (fsw), or 3 ATA. Multiplace chambers are filled with compressed air, while the patient breathes 100 percent oxygen intermittently via face mask or hood. Since multiplace chambers can be pressurized to 6 ATA or 165 fsw, they also are able to deliver mixed inert gases such as nitrogen or helium at 60 or more fsw. These mixtures are typically used in the event of air embolism or of severe decompression illness as a result of a diving accident. When treating patients at 60 fsw or more, the clinician must reduce the fractional concentration of oxygen to avoid the risk of pulmonary and central nervous system oxygen toxicity.

It is evident that an RCP has the training and the understanding of physics and gas laws that are necessary in the hyperbaric environment. The Associate Section of the Undersea and Hyperbaric Medical Society (UHMS) represents RCPs involved in hyperbaric medicine. This international society is the professional organization composed of physicians, nurses, therapists, and technicians who work in the hyperbaric medicine community. A UHMS subcommittee of physicians reviews the scientific literature annually and publishes a committee report every 3 years. The report is a peer review of the indications for hyperbaric oxygen therapy for which the effectiveness of such intervention has been scientifically demonstrated. This is a significant publication, as the Health Care Financing Administration (HCFA) and other payors use this document to help them determine reimbursement levels for hyperbaric therapy. Currently accepted indications for treatment, as published in the UHMS 1996 “Hyperbaric Oxygen Therapy: A Committee Report” by Camporesi et al, are:

Since the acceptance of hyperbaric oxygen therapy in the treatment of problem wounds, the establishment of a comprehensive approach to wound healing has proven itself useful for patients, physicians, and hospitals. Problem wounds are most commonly located in the lower extremities. Regardless of their etiologies, the basic mechanism that prevents healing is the interplay between varying degrees of tissue hypoperfusion and infection. Problem wounds constitute a major health issue in our society and remain a source of frustration for the medical profession. Limb salvage is the goal of hyperbaric oxygen therapy, provided the patient has adequate run-off blood flow. For example, limb salvage may be a reasonable goal for a patient with the peripheral vascular disease of diabetes.

Wound repair consists of a chain of physiologic events that occur in response to tissue injury. Because molecular oxygen is an essential component of tissue repair, hypoxia may halt wound healing and seriously inhibit the bacteria-killing functions of leukocytes. Moderate, intermittent tissue hyperoxia accelerates collagen synthesis, matrix deposition, angiogenesis, and epithelialization. The pivotal role of oxygen in wound repair and in leukocytes’ killing of bacteria is the primary rationale for the use of hyperbaric oxygen therapy in treating the problem wound. The RCP now plays a new role in caring for these patients; this may include screening, in conjunction with a comprehensive approach to patient care that includes vascular intervention, diabetes and nutritional counseling, wound care, and preventive measures. As Renee Partain, RRT, lead therapist at Morton Plant Mease Healthcare System, Clearwater, Fla, states, “We have had to expand our knowledge of other disease processes to care for our patients and to help their families care for their loved ones. As RTs, we understand technology as well as the physiological effects of oxygen. Learning wound care has broadened us professionally.”

Partain adds, “We have had to learn how to perform other duties, such as initiating intravenous therapies, to assist nurses. We have also learned administrative duties for which we have not been previously responsible, in addition to learning the performance of outcomes studies via newly acquired computer skills.”

Griffin Hospital, Derby, Conn, recently opened its Comprehensive Wound Healing CenterT. It has a staff of two full-time registered nurses and four RCPs who rotate into the clinic, which is treating up to 10 patients daily. New wound-care consultation patients are seen once or twice per week, depending on comorbidities, the drainage of wounds, and the achievement of compliance in home therapy.

Diane Merkle, RN, CETN, MHA, is the program’s director and is responsible for the supervision of its team members. She states that the RCPs are superior at Griffin Hospital, with a tremendous eagerness and willingness to learn, and that the hospital’s respiratory therapy department is the reason for this center’s existence. She says, “Once everyone had achieved comfort with the hyperbaric chambers, the focus, appropriately, changed to overall patient care management. The hyperbaric chamber has become an individual component of treatment, upon the patient’s meeting the inclusion requirements for therapy.” Merkle notes that staff members from all involved fields notice differences between working in this type of clinic versus working in an acute care setting. She reports that there is a “tremendous amount of management of each patient and his or her individual case, as the clinical team is required to orchestrate all the components of patient care, from transportation to home care to surgical supplies to insurance authorization to working with all of the physicians involved, from primary care to endocrinology.” She continues, “Keeping all physicians abreast of progress and changes is of paramount importance to the successful outcome of treatment.”

Transcutaneous oxygen monitoring is a noninvasive method of determining perfusion in a patient with a lower-extremity wound. If oxygen levels are below 20 mm Hg, but increase in response to surface oxygen applied via a nonrebreathing mask, the patient is likely to have a positive response to hyperbaric oxygen therapy. The physician must weigh the risks of therapy against its benefits for all patients receiving hyperbaric oxygen treatment, taking comorbidities into consideration. If transcutaneous levels are below 20 mm Hg and do not increase in response to surface oxygen, the patient should be referred for vascular consultation and further diagnostic studies; there may be an occlusion that could be corrected through bypass surgery. Accurate prediction of wound-healing potential is essential to the prevention of increased morbidity and mortality, which can accompany the ischemic breakdown of failed debridement, amputation, or surgical revascularization. Since the performance of these diagnostic testing procedures is critical to the patient’s clinical outcome, a thorough understanding of the technology (along with the ability to conduct trouble-shooting protocols correctly) is the responsibility of the RCP or vascular technician.

Hyperbaric oxygen therapy significantly increases tissue oxygenation of the hypoperfused, infected wound. It directly enhances wound healing by improving fibroblast replication, collagen synthesis, and the process of neovascularization in ischemic tissue. Providing molecular oxygen at the cellular level also leads to the formation of oxygen radicals, which are bactericidal or bacteriostatic to anaerobic organisms.

It is clear that hyperbaric oxygen therapy is becoming a more frequently utilized treatment modality. In 1981, 110 clinical chambers were used in the United States. By 1988, the number of chambers had risen to 240. Today, according to the UHMS registry, the number of chambers reported for the United States is 326. The UHMS Associate Section has grown, since its 1985 inception, to include 730 members (of whom 53 have reported their credentials as RCPs). Some members do not report their credentials, and some RCPs are not members; given the number of hyperbaric facilities in the United States, it seems reasonable to assume that there are more RCPs practicing in hyperbaric medicine.

There is a significant opportunity for RCPs to participate in this area of medicine, which affords the practitioner new skills for professional growth and personal enhancement. In addition, there is an opportunity to care for patients in a comprehensive manner that includes acute and long-term care and that encompasses both the disease state at hand and follow-up care. Successful therapy can decrease inpatients’ lengths of stay, improve their quality of life, and reduce the cost of care. The need for hyperbaric services is great, and each health care practitioner delivers a positive contribution in the team approach to patient care. 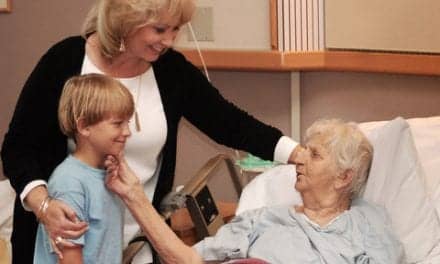