The results of a new study show that Medicare’s efforts to improve quality in hospital care over they last 7 years by publishing key performance metrics on its Hospital Compare Web site have failed to reduce patient deaths, according to an article from Kaiser Health News.

Hospital Compare rates more than 3,000 hospitals nationally on adherence to basic clinical care guidelines, including administration of flu vaccinations to pneumonia patients. In addition, Hospital Compare provides patient experience scores, readmission and mortality rates, and rates of complications and other patient safety problems. There has been little evidence, however, that consumers are using the site and this information in choosing a hospital.

Health policy experts had hoped poor performing hospitals would be embarrassed enough by their public scores to make changes. And while scores on many of the measures have improved over time, the new study questioned whether Medicare’s efforts were actually leading to better outcomes for patients, such as their survival rates in the month after discharge.

The study found that at the time Hospital Compare was launched in 2005, mortality rates for patients with three common ailments—heart attacks, heart failure, and pneumonia—were already decreasing. After those trends were factored in, Hospital Compare was found to have no effect on the 30-day survival rate of heart attack and pneumonia patients. And while there was a “modest” reduction in death rates for heart failure, the study’s authors point out that that could have been due to something other than Hospital Compare.

The study concludes that “Hospital Compare did not result in patients’ shifting toward high-quality hospitals, and led to little or no reduction in mortality rates within hospitals beyond existing trends.”

The findings of the study appear in the journal Health Affairs. 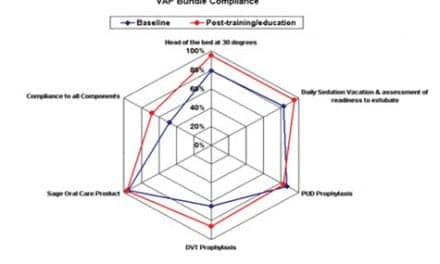