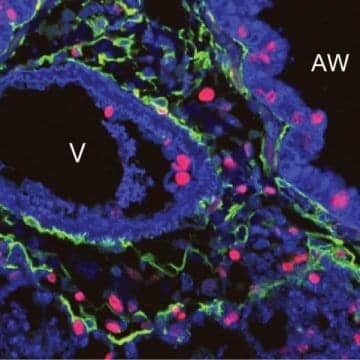 Though “Sonic the Hedgehog” is best known as the titular character of a 1990s video game and cartoon franchise, the “sonic hedgehog” gene is the name for a human gene that plays a role in proper brain and eye development.

But, according to new research, scientists have learned that the sonic hedgehog gene maintains the normal physiological state and repair process of an adult healthy lung, if damaged.

Learn more on how the gene got the name “Sonic Hedgehog” — it actually predates the popular Sega Genesis video game.

Researchers used multiple approaches to determine what hedgehog was doing in the adult lung. The researchers first deleted the gene, then observed that, after the loss of sonic hedgehog expression, mesenchymal cells began to spontaneously proliferate, which also occurred when the team directly inactivated hedgehog signaling in mesenchymal cells themselves.

A Science Daily news report notes that this decline correlated with the loss of the cells that normally express the sonic hedgehog gene, which were destroyed as a result of the injury. With this new concept of what the gene is doing in the adult lung, the researchers aimed to see what would happen if they turned on the hedgehog pathway after lung injury.

Loss of hedgehog in the adult lung leads to too many epithelial cells lining the airways after injury, which suggests that increased hedgehog signaling causes a breakdown of the normal regenerative properties of the lung airways.

“We demonstrated that quiescence in the adult lung in an animal model is an actively maintained state and is regulated by hedgehog signaling,” says Ed Morrisey, PhD, senior author of the study. “These results demonstrate that epithelial-mesenchymal interactions coordinated by hedgehog maintains the normal state of a healthy lung, and turning off hedgehog during injury can lead to abnormal cell repair and regeneration in the lung.”

Morrisey adds, “We now have a better idea of what is going on in lung disease — in adults, hedgehog suppresses proliferation and maintains cell quiescence, as opposed to its opposite role in embryo development. These surprising findings suggest that researchers have to be careful in predicting the function of developmental pathways in adult organs. We need to remember that they will not always function in the same manner.”