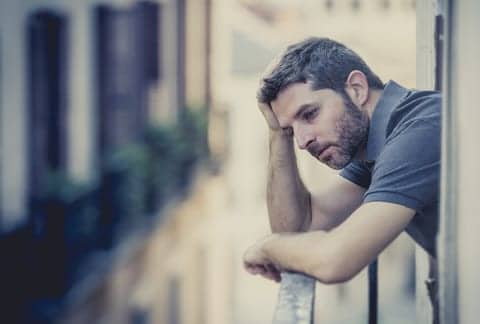 New research presented at the 2015 American Thoracic Society (ATS) International Conference indicates that severe obstructive sleep apnea (OSA) and excessive daytime sleepiness are linked to an increased risk of depression in men. The research study involved 1,875 men between 35 and 83 years of age who were assessed for depression at two time points over a 5-year period.

A random sample of 857 men without previously diagnosed OSA underwent at home polysomnography and completed the Epworth Sleepiness Scale questionnaire. The ATS news release notes that after adjustment for potential confounders, previously undiagnosed severe OSA was associated with an increased prevalence of depression (adjusted odds ratio [OR] 2.1, 95% CI 1.1-4.0), as was excessive daytime sleepiness (adjusted OR 1.1, 95% CI 1.0-1.2).

Carol Lang, PhD, lead author of the study, says, “An association between sleep apnea and depression has been noted in some earlier studies. Our study, in a large community-based sample of men, confirms a strong relationship even after adjustment for a number of other potential risk factors.”

Lang adds, “Excessive daytime sleepiness and severe OSA were both associated with the prevalence and recent onset of depression in our community-based sample of men, and the presence of both was associated with an even greater risk. Men presenting with depression should be screened for OSA, so that an appropriate course of treatment can be planned.”

They’re Among the Best!