Sibling Risk of OSA Extremely High for Both Boys and Girls

In a study of the entire pediatric population of Sweden, researchers found that the sibling risk of pediatric obstructive sleep apnea (OSA) is “extremely high” in both boys and girls, according to an announcement.

The study, which appears in the August 1 issue of the journal SLEEP, indicates that children have an increased risk of developing OSA if they have at least one sibling who has been diagnosed with the sleep disorder.

After accounting for socioeconomic status, age, and geographic region, the sibling risk of pediatric OSA was high, with a standardized incidence ratio of 33.2 in boys and 40.5 in girls who had at least one sibling with diagnosed OSA. During the study period a total of 854 boys and 627 girls who were 18 years of age or younger had a first hospital diagnosis of pediatric OSA; no significant gender difference was found in the incidence rate of OSA among those with a sibling history of the sleep disorder.

Siblings born between 1978 and 1986 were included in the study, which included hospital data on all children in Sweden—2.7 million individuals—during the study follow-up period between 1997 and 2004. Children 18 years of age and younger were divided into sibling groups, and the presence or absence of a primary hospital diagnosis of pediatric OSA during the follow-up period was determined for each individual. Children in the study were categorized as positive or negative for sibling OSA based on the presence of OSA in at least one sibling.

The study also examined the sibling risk of adenotonsillar hypertrophy. The overall standardized incidence ratios for adenotonsillar hypertrophy among those who had at least one affected sibling were 4.53 for boys and 4.94 for girls. This familial risk was much lower than in the group with OSA; however, the authors report that the increase was highly significant and the numbers of children were much larger than in the OSA group.

According to the authors, the increased risks for both OSA and adenotonsillar hypertrophy could be an expression of genetic or shared environmental mechanisms. 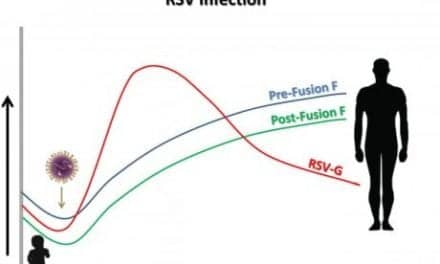