Researchers from the United Kingdom found that immune cells, called “natural killer T cells,” may reduce the overwhelming numbers of another type of immune cell, called “inflammatory monocytes,” which when present in large numbers, lead to lung injury at the end stage of severe flu infection. The findings, which appear in the Journal of Leukocyte Biology, may help prevent deaths from severe flu outbreaks, especially of seemingly healthy young people.

"Despite affecting practically everyone, the flu may be one of the most underestimated viruses in terms of its devastating potential," said John Wherry, PhD, deputy editor of the Journal of Leukocyte Biology. “What most people don’t realize is that the severe illness from these flu strains is caused by both the virus and an overaggressive or inappropriate immune response. Research like this, however, offers hope that we’ll be able to find more universal ways improve the effectiveness of immunity and combat the severe strains of the flu." 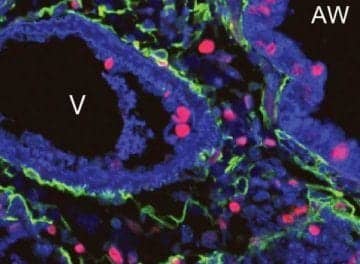