British researchers from Oxford and Bristol Universities have found that two existing drugs could provide an effective new approach for treating patients with pleural infections. Their findings, published in the New England Journal of Medicine, have shown that the combination of tissue plasminogen activator (t-PA) and DNase—two drugs used to break up the thick pleural fluid—improve drainage of the fluid from the chest and significantly reduce the need for surgery, shorten the time patients spend in the hospital, and reduce fever.

“This is an exciting result because this combination of two drugs has not been tested before for this condition. While neither drug appears to work on its own, the combination therapy very significantly improves the drainage of the infected fluid,” says Najib Rahman, D Phil, of the Oxford Respiratory Trials Unit at Oxford University and lead author of the study.

For the study, 210 adult patients were randomized to receive one of four study treatment for 3 days: placebo, t-PA alone, DNase alone, or both t-PA and DNase. The two drugs when used together showed significantly improved drainage of the fluid from the chest, the primary outcome measure for the trail.

Over the course of a week, patients receiving both drugs saw a 30% reduction in fluid volume seen in their chest x-rays, compared to 17% for the placebo group. There was no effect above placebo for either drug on its own.

The number of patients referred for surgery over the next 3 months was also significantly lower for those receiving both drugs—the mean hospital stay was between 6 and 7 days less compared to the placebo group. However, these were secondary measures in the trial and larger studies involving more patients are needed to confirm the findings, according to the researchers.

Adverse events did not differ in frequency between study groups, suggesting the treatment is safe for these patients.

“Our view is that it is not clear yet whether this combination of t-PA and DNase should be used for every patient as a first-line treatment, as it’s not proven that it would be best for everyone,” says Rahman. “But in cases where perhaps patients have a large amount of fluid and are very breathless, or where treatments have failed and patients aren’t fit for surgery, then this drug combination is now a possible new treatment option.” 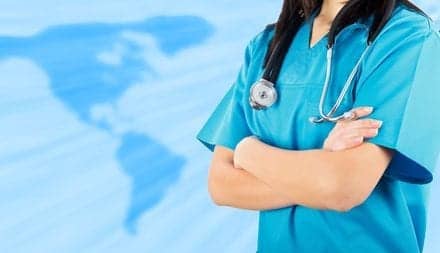