Researchers at Cornell University have demonstrated that tuberculosis (TB)-causing bacteria are able to hijack fat metabolism in the host to drive the progression of the disease. Mycobacterium tuberculosis (Mtb) is able to stimulate macrophages—the immune cells the bacterium infects—to accumulate fat droplets, turning them into “foamy” cells. The findings, presented today at the Society for General Microbiology’s spring meeting in Edinburgh, Scotland, by David Russell, professor at Cornell University, show that this cellular transformation can trigger a reawakening of the TB infection from its latent state.

Following initial infection by Mtb, the infected immune cells in the body can clump together in the lungs in a cellular mass that is surrounded by a fibrous cuff. This containing structure, a tubercle, physically protects the bacteria from being destroyed by the immune system. This allows them to persist inside the host for years during a latent period in which the host shows no symptoms. The respiratory infection is reactivated only in a small percentage of individuals (often those who are immunosuppressed) in whom it progressively destroys lung tissue.

The researchers found that inside the tubercle, surface molecules of Mtb prompted host macrophage cells to take up vast quantities of cholesterol-type lipids from the surrounding blood vessels. “We think that the lipids in the newly-formed foamy cell are then expelled into the cellular environment, which contributes to the collapse of the tubercle,” said Russell. Once freed from their containing structure, the infectious bacteria are able to leak out into the airways where they can progressively destroy lung tissue.

“If our model is correct, it has huge implications for vaccines and chemotherapy programs. A more detailed knowledge of the bacterium’s life cycle and its host interactions will allow us to spot new targets for drugs—opening up new possibilities for treatment,” said Russell. 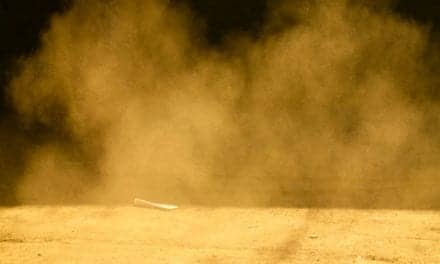