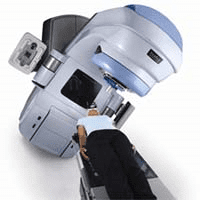 A new study on Intensity Modulated Radiation Therapy (IMRT) for mesothelioma reveals it can improve survival but may negatively impact a person’s ability to breathe. Researchers at the MD Anderson Cancer Center (Houston) and Princeton Radiation Oncology (New Jersey) studied 24 mesothelioma patients who had IMRT after surgery between 2009 and 2013.

William W. Chance, MD, states, “Pulmonary function declined from baseline to after surgery and declined still further after IMRT.” Despite the negative impact on lung function, IMRT did appear to prolong survival, according to a Surviving Mesothelioma news release. The largest impact was seen in patients who had the lung-sparing pleurectomy/decortication surgery.

Alex Strauss, managing editor of Surviving Mesothelioma, says, “Mesothelioma treatment is almost always multi-modal, which is why we think it is especially important for patients and their families to fully understand the risks and benefits of each type of treatment, including IMRT.”