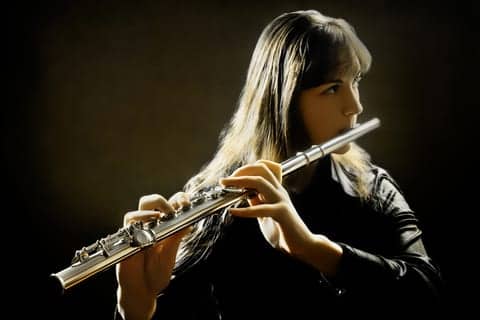 New findings presented at the Sleep and Breathing Conference in Barcelona reveal that playing wind instruments, such as the flute, may reduce the risk of developing sleep apnea.

Playing wind instruments can increase muscle tone in the upper airways, which is a common side effect of becoming proficient with these types of instruments, according to a news report from The Independent. The authors of the study tested the lung function of 64 people who played a wind instrument and compared the results to 65 people who did not.

Participants of the study were asked to complete a questionnaire designed to assess the risk of eventually developing sleep disorders. The researchers discovered that the people who played the wind instruments had a much lower risk of having sleep apnea in the future, as noted on The Independent news report.

The results of the study show that the difference, however, did not come from the lung function test. The researchers theorize that the playing of a wind instrument may help stop the collapse of soft tissue and muscle that is often associated with sleep apnea as it requires greater control over the muscles in the upper airway to produce a more pleasant sound.

According to The Independent, the scientists who conducted the study say the findings could mean a cheap method of preventing the condition developing in those who may be at risk for sleep apnea.

Warfarin and Sulfonylureas Use May Increase Hospitalization Risk