When it comes to health care, you might think that you can never have too much information. The more you know about a patient’s condition, after all, the better chance you have of successfully treating it.

In practice, of course, it’s not that simple. More information is not always better information. For an example, you need look no farther than a recently released “Sentinel Event Alert” from The Joint Commission on alarm fatigue in the hospital. As it turns out, the wealth of information provided by the many alarms associated with medical equipment is simply too much for most mortals to process effectively.

Because most of the thousands of alarm events that occur each day in a typical facility do not require intervention, clinicians start to tune them out. As a result, The Joint Commission says, some critical alarms may be missed, with serious or fatal results.

So when it’s suggested that you need to do even more monitoring, a dose of caution might be well advised. Will the data to be gained make a key difference to health outcomes in a substantial number of cases? Or will the result mostly be an increase in information overload?

Those are the kinds of questions that respiratory care professional Patrick Moore and his colleagues at Torrance Memorial Medical Center, Torrance, Calif, have been grappling with. For them, the question was whether expanding the use of capnography throughout their hospital produced sufficient clinical benefits to justify the effort. In his article in this issue, “The Case for Capnography: It Saves Lives,” Patrick Moore makes a strong argument that the move has paid off. His conclusion is not based on theory, but on his personal experience at his facility.

As Moore explains, the use of capnography to monitor end-tidal carbon dioxide, once limited mostly to operating rooms, has been spreading into other areas of the hospital. This trend has resulted, he says, in “compelling evidence of the efficacy of capnography” in clinical care.

That evidence was enough to persuade Torrance Memorial to make greater use of the technology. Their initial aim was to monitor patients on postoperative opioid anesthetics, but, as Moore explains in his article, capnography has proved so useful in so many other situations that the tool has become “a standard, like pulse oximetry, to the Torrance Memorial respiratory department.”

Speaking of pulse oximetry, there is a similarly persuasive argument that can be made for its expansion as well. As the RT staff has been reporting on our new Patient Monitoring website at monitoring.rtmagazine.com, the American Heart Association and others have been lobbying nationwide for states to require that the technology be used to screen all newborns for critical congenital heart disease. According to its advocates, pulse oximetry screening is a simple, inexpensive test that can pay huge benefits and save lives. To judge by the number of states that have either introduced the requested legislation or passed it, the rationale for the law has been compelling.

It’s always wise to be skeptical of anyone who proposes more technology as a solution to a health care problem. But when the technology in question involves these respiratory monitoring tools, the evidence marshaled by Patrick Moore and others is convincing: more is better. RT

John Bethune is the editorial director for Allied Media and the chief editor of RT Magazine. Comments can be sent to [email protected]. 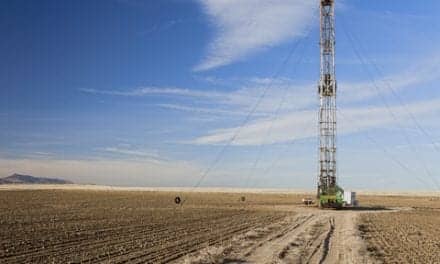