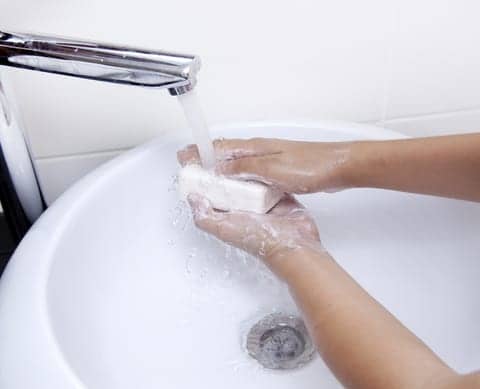 In a randomized trial of UK households, a web-based program designed to encourage more frequent handwashing reduced the risk of catching and passing on respiratory tract infections. Additionally, individuals who used the program, called PRIMIT, also reported fewer gastrointestinal infections, fewer antibiotic prescriptions, and a lower demand for consultations with their doctors. The study examined the real-world effectiveness of PRIMIT, which is a no-cost, interactive online program.

According to The Lancet, the program has four weekly sessions that explain medical evidence, encourage users to learn simple techniques to avoid catching and passing on viruses, monitor handwashing behavior, and provide tailored feedback. Across three winters from January 2011 to March 2013, the research team enrolled 20,066 individuals aged 18 years and older from 344 general practices across the UK. Volunteers were randomly assigned access to the PRIMIT website or no intervention, and participants were followed for 16 weeks.

Questionnaires were used to measure episodes of respiratory infections and duration of symptoms as well as to check whether other members of the household had a similar illness. The Lancet news release notes that at 16 weeks, 4,242 individuals in the PRIMIT group reported at least one respiratory infection compared with 5,135 participants in the control group, which is equivalent to a 14% reduction in risk.

In addition, the risk of catching a flu-like illness was approximately 20% lower in the PRIMIT group compared to the control group, and the need for primary care consultations and antibiotic prescriptions were also reduced by 10 to 15% in these individuals.

Paul Little, MD, lead author of the study, “Our findings suggest that a simple, cheap Internet program to encourage handwashing can reduce the risk of infection by around 14%. Because most of the population catches coughs, colds, sore throats and other respiratory infections, this could have an important impact on reducing the spread of these viruses in the general population, and also help reduce the pressure on NHS services during the winter months.”

Little adds, “The majority of UK households now have access to the Internet, and it has become a central source of health information in a pandemic. Because of this, PRIMIT could play an important role in reducing the spread of flu and the strain on the NHS during a pandemic–and at very little cost to the health service.”