It’s Not Your Father’s Pulse Oximeter!


Use of pulse oximetry is commonplace in emergency situations thanks to advances in technology that allow the devices to discern more and better information about oxygen saturation and hemoglobin content of the blood from even very faint signals.

“Equipment today is able to detect O2 saturation problems with better accuracy,” says Gary Milne, RRT, manager of clinical products specialists for Covidien Respiratory and Monitoring Solutions in Boulder, Colo. “It used to be that you needed a fairly good amount of pulsation of the blood in the finger to pick up a reading. But the fingers, ears, and nose are the first places to experience a shutdown of pulsating blood during a major event or severe sickness. And the sicker the patient, the more the body shunts the blood pulsation away from the peripheries in order to ensure delivery to the major organs.”

Older technology, he explains, could not pick up those faint signals. However, newer technology—such as Covidien’s MaxFast™ sensor—can. “MaxFast sensor reads from the forehead where blood flow does not constrict as readily as it does in the peripheries when the patient is undergoing a major or catastrophic event,” Milne sets forth. “As a result, you can measure pulse oximetry there long after signals become undetectable elsewhere. MaxFast sensor also does a better job of reading signals through all types of interference.”

Meanwhile, Irvine, Calif-based Masimo Corp has devised a means of measuring various types of hemoglobin in the blood, chiefly methemoglobin and carboxyhemoglobin.

“It’s very important to be able to measure for carboxyhemoglobin in the emergency department because a certain number of patients in that department present with vague, flu-like symptoms that actually are the result of carbon monoxide poisoning,” says Michael O’Reilly, MD, Masimo’s executive vice president for medical affairs. “Too often this condition goes unrecognized—and the frequency is as high as it is in part because carbon monoxide is the most common form of poisoning in the [United States].”

Some emergency departments outfitted with the Masimo product—known as Masimo Rainbow SET Pulse CO-Oximeter™—have been able to save not just the patient but also asymptomatic family members likewise suffering from carbon monoxide poisoning. “The ED team’s noninvasive Spco Pulse CO-Oximetry measurement obtained from the Masimo Rainbow SET Pulse CO-Oximeter shows that the patient has been exposed to a dangerous level of carbon monoxide, so they immediately think to take Spco Pulse Co-Oximetry measurements on the family members as a precaution,” O’Reilly offers. “We’re aware of one case where a symptomatic family attempted to drive to the emergency department for help, not realizing that they had carbon monoxide poisoning. Along the way, the driver became so disoriented and confused they could not make it to the hospital. Fortunately, the ambulance that arrived on the scene was equipped with our Rad-57 Plus CO-Oximeter and was able to identify abnormally high levels of carboxyhemoglobin in the driver and the passengers. Not only did this result in the family getting prompt help, but it also saved other lives, because the ambulance crew’s discovery then led authorities quickly back to the motel where the family had been staying, and there they detected a carbon monoxide leak that was endangering the lives of all 50-plus motel guests and staff.”

Methemoglobin, on the other hand, can be caused by food poisoning or by various drugs commonly given in hospitals. Drugs that produce methemoglobinemia “are known as oxygen thieves because they rob hemoglobin of its ability to bind oxygen normally,” O’Reilly says. “Even though methemoglobinemia is rare, it’s potentially catastrophic. A Johns Hopkins study looking at the blood-gas data from some 2,100 patients revealed that a surprising number of them had unrecognized methemoglobinemia.

Standard pulse oximetry devices in emergency situations are employed either to perform oxygen saturation spot checks or to provide continuous monitoring of same.

“This is technology that helps the emergency department team make better decisions about the course of action that needs to be taken so that the most appropriate intervention can be started at the earliest possible stage,” Milne says. “For instance, in the ED they need to know whether the most appropriate oxygenation strategy is a nasal cannula or something different, such as a mask or a ventilator. And that’s essential because there are situations where it’s possible to give a patient too much oxygen and cause that person harm. COPD is the classic example of that. Some COPD patients breathe based on how much oxygen they have in their body rather than how much carbon dioxide. So, if you give them too much oxygen in an emergency situation, you can actually knock out their drive to breathe.

“Another example is a baby in a neonatal intensive care unit. If you don’t know the SpO2 level because pulse oximetry wasn’t available, you might give the patient too much oxygen and end up harming their eyes.”

Also, although Milne cannot confirm it, starting off with a higher level of intervention than is necessary could open the door to payor challenges and result in denial of reimbursement for the use of, say, a mask when, in the view of the insurance company, a cannula would have been the more appropriate intervention.

On the subject of reimbursement, noninvasive oxyhemoglobin (SpO2), carboxyhemoglobin (Spco), and methemoglobin (SpMet) testing is currently reimbursable under Centers for Medicare and Medicaid Services guidelines. A CPT code and fee schedule are expected to be added this year for total hemoglobin testing.

Owing to the rough-and-tumble nature of emergency situations, pulse oximetry devices of all stripes need to be rugged enough to withstand harsh handling.

“The ideal pulse oximetry monitor for an emergency environment will be very durable,” Milne contends. “Also, the equipment needs to be designed in such a way that it’s easy to clean—in the ED itself, you have such frequent turnover of patients that the monitor may need to be cleaned several times per shift. So, the easier to clean, the better. Also, you have many different types of patients the equipment is used on. The monitor should therefore be the most versatile in order to accept that gamut of patients—adults, children, trauma patients, and advanced-disease patients.”

Hospitals seeking to derive optimal use of their pulse oximeters in emergency situations should not overlook the need for in-servicing of users, Milne advises. “Good training is vital,” he says. “But, frankly, if you’ve purchased a pulse oximeter that requires users to go through more than a fairly short in-servicing, then you’ve bought the wrong piece of equipment.” O’Reilly does not entirely agree. “Some of these devices are so simple to operate that more than a few users mistakenly assume there’s no need to go through training,” O’Reilly says. “But there actually are advanced techniques they could learn and benefit from knowing. A challenge for hospitals is convincing their people that this training is a worthwhile investment.”

Pulse oximetry use in emergency situations is not new, having been so employed for at least 2 decades now. However, what has not been seen before is the current high level of interest hospitals have in ensuring that emergency departments, ground and air ambulances, intensive care units, and other settings in which life can hang in the balance are outfitted with the latest and best pulse oximetry systems. This, Milne says, is prodding manufacturers to become more innovative than in the past. “The idea,” he reveals, “is to provide hospitals with technology that offers more choices and more solutions—the ability to perform pulse oximetry monitoring with less difficulty and at lower cost. But, above all, the goal is to produce technology capable of providing patient status information that previously would have been impossible to obtain. Because getting more patients safely out of the emergency situations they’re in is what this is all about.”

Conventional pulse oximetry devices measure oxygen saturation in the blood through a process that involves two wavelengths of light. Now there is technology that utilizes 12 wavelengths.

“The addition of 10 wavelengths makes it possible to measure oxygenated hemoglobin as in the past, but also carboxyhemoglobin, methemoglobin, and total hemoglobin,” says Michael O’Reilly, MD, executive vice president for medical affairs at Masimo Corp, the Irvine, Calif, maker of pulse oximetry and, now, pulse CO-Oximetry systems.

While carboxyhemoglobinemia and methemoglobinemia are potentially catastrophic conditions, they are not encountered on a daily basis in the emergency department. What is encountered often is blood loss from undetected internal injuries, and that is where pulse CO-Oximetry really proves its value, according to O’Reilly. “Pulse CO-Oximetry noninvasively measures how much total hemoglobin is in the bloodstream,” he says. “If it’s low, the reason is more than likely life-threatening internal bleeding.” Masimo’s pulse CO-Oximeters also measure respiratory variation, giving indication of patients who have turned hypovolemic, meaning they are experiencing blood and fluid loss severe enough to render the heart incapable of pumping the volume of blood necessary to keep vital organs functioning.

Meanwhile, Boulder, Colo-based Covidien Respiratory and Monitoring Solutions has brought to market the Max-Fast sensor that reads pulse oximetry signals from the forehead. The company also not long ago began offering sensors with a built-in digital chip, thereby making it possible for one sensor to be used on multiple models of Covidien pulse oximeter monitors without first having to upgrade the software and calibration curves of those base units.

“As a result, you should be able to put our sensor on the patient in the emergency department and keep that same sensor on the patient as they move throughout the hospital, rather than putting one on in the ED, throwing it away, and putting on a new one when the patient moves to the operating room, throwing that one away, and putting on yet another when the patient comes out of the OR and moves to the ICU, and so on,” says Gary Milne, RRT, Covidien manager of clinical product specialists. “Also, the digital chip talks to our monitors—this exchange is then used by the onboard computer to track alarms. So, when the patient has a problem, such as an event that caused an alarm, our monitor will display that information, even when the sensor has been connected to different monitors.”

Another Masimo oximetry-related product of interest is the company’s Patient SafetyNet remote monitoring and wireless clinician notification system, which connects as many as 40 of a hospital’s bedside oximeters to an alerting system. “One of the challenges faced by RTs and nurses responsible for a large number of patients is knowing which one requires their attention at any given point in time,” O’Reilly says. “Patient SafetyNet—which is fully scalable—addresses that challenge by sending to the appropriate clinician a paging alert containing specific information about the patient’s condition. It goes a long way toward solving the problem of unrecognized adverse patient events on the general floor where patients can deteriorate quickly without it being known until too late. At some institutions where this system has been implemented, transfer rates into ICUs and rates of rapid-response team activations have decreased by more than 70%. These same institutions report they are able to respond much earlier to other potential pulmonary and cardiac deficiencies because of Patient SafetyNet.”

Additionally, Masimo is developing another enhancement to its pulse CO-Oximetry lineup that will allow for noninvasive measurement of respiratory rates, leading to detection of abnormal breathing. “Patients who are getting into trouble breathe either too fast or too slow, so the ability to identify those abnormal respiratory patterns will make our device even more useful in emergency situations,” O’Reilly promises. 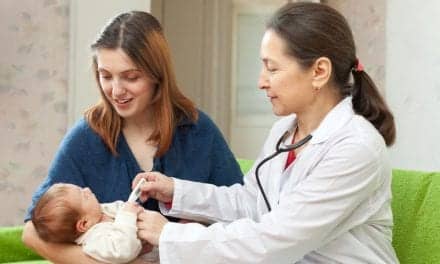