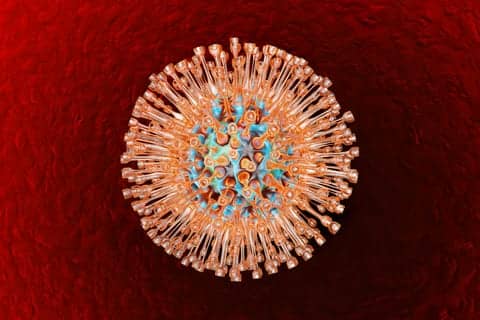 Studying the herpes virus helped a research team from Australia find that the respiratory tract links to different parts of the nervous system, which may lead to significant changes in cough treatment.

Fellow researcher Alice McGovern, PhD, explains that the research team co-opted a specific strain of herpes virus because of its ability to travel through the nervous system, according to an AJP news report. McGovern says, “Tracking this virus allowed us to understand the mechanisms behind the different respiratory sensations. It provided detailed information about nerve circuits in the upper airway region where ticklish and irritated throat sensations arise.”

McGovern says that by adding a fluorescent protein to the virus, the researchers were able to trace its movements from the respiratory system to the brain centers that encode sensations. By using this technology, McGovern discovered a difference between the sensory neural pathways arising from the upper airways and those from the lungs.

Mazzone says, “The tracings revealed the upper airway region of the throat had heavy inputs of sensory neurons into a branch of the nervous system that enables very precise sensations to be felt. From the lower pulmonary lung area however, the sensory neurons project into a different branch of the nervous system that controls general emotions and feelings.”

Mazzone explains that this appears to account for the difference between precise sensations, adding that important treatment implications will flow from the understanding that there are two types of nervous systems in the respiratory circuit. He states, “Treatment for relief of upper airway inflammation that leads to cough hypersensitivity will need a different approach to lower airway discomfort because the processes in the neural components are not the same.”