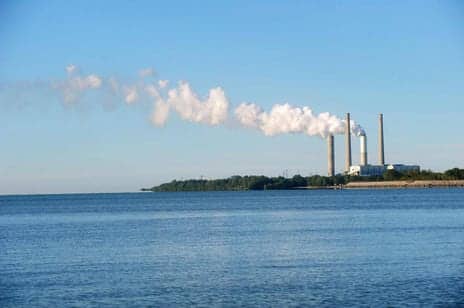 With the new guidelines proposed by the Obama administration to cut levels of smog-forming pollution, concern has risen for utilities that run coal-fired power plants in the Southwest as well as oil and gas operations in places such as Arizona, Mexico, and Colorado.

According to a Deseret News report, meeting stricter emissions limits is expected to cost industries billions of dollars and a number of businesses may “feel the pinch.” If counties do not meet the proposed ozone regulations, almost any industry may be targeted and forced to cease operations.

As such, this may affect the tax revenue states receive from oil, gas, and other industries. Wally Drangmeister, of the New Mexico Oil and Gas Association, states, “I won’t go as far as saying this is shutting down all economic growth in the U.S., but it has the potential to really impact many, many things way above and beyond what virtually anybody thinks would be a reasonable path forward for environment protection.”

The US Environmental Protection Agency (EPA) is proposing to limit ozone emissions to a range of 65 to 70parts per billion, as reported by the Deseret News. The agency will also take public comments on an even stricter standard of 60, as well the existing standard of 75 that President George W. Bush put in place in 2008. The EPA estimates that reducing ozone emissions would cost industry almost $3.9 billion in 2025, while a stricter limit of 65 would increase the price to $15 billion.

The Deseret News report notes that a final decision is expected next year. More than 30 counties in Arizona, New Mexico, and Colorado have levels above the lower end of the range, according to the EPA. The news report indicates that some of those counties include the region’s most populous cities; others cover areas where oil fields and refineries are located. The EPA plans to give states with the most ozone up to 2037 to come into compliance.