Limited access to clean sources of energy, known as energy poverty, makes nearly half the world’s population reliant on burning wood, animal waste, coal or charcoal to cook. This leads to severe respiratory diseases that kill roughly two million people worldwide each year, a problem University of British Columbia (UBC) researchers are trying to solve. Their findings will be presented today at the 2012 Annual Meeting of the American Association for the Advancement of Science in Vancouver.

"Energy poverty is one of the biggest human welfare issues of our day," says Hisham Zerriffi, lead researcher on the study and assistant professor with the Liu Institute for Global Issues at UBC. "We’re talking about more people who die each year from cooking than from malaria."

It is often women and children who suffer the most from indoor air pollution, and who carry the burden of collecting fuel to burn, according to Zerriffi. Beyond the health and gender equity implications, burning biomass is also associated with environmental concerns such as carbon emissions and climate change.

Zerriffi and his team are researching ways to switch people to cleaner cookstoves. Despite the availability of technology that can burn a variety of fuels more efficiently, governments, for-profit businesses, and nongovernmental organizations have made little progress in getting individuals to switch to improved cookstoves and modern fuels.

"We need to combine new technologies with smart policies," says Zerriffi. "We need to help create viable markets, encourage households to switch to new stoves, and fix some of the gaps in funding—especially for those at the lowest end of the income scale." 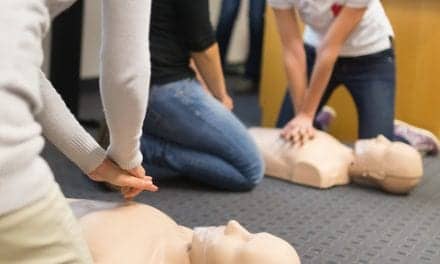 Bystander CPR Not Only Saves Lives, it Lessens Disability