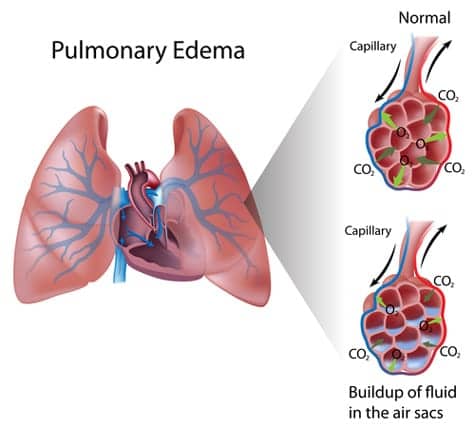 The suspected cause of death of a 4-year-old boy from Texas is “dry drowning” — a rare condition in which there is a delayed physical reaction to inhaling water, according to an article by CNN. The death occurred days after the boy was submerged while swimming.
Medical experts believe excess fluid in the lungs caused edema and the lack of oxygen may have triggered cardiac arrest. The official cause of death has not yet been released.

A wave from a distant ship knocked him over and his head went under. The next night, [the child] began to vomit and have diarrhea. Doctors now suspect these symptoms were the result of the water he had inhaled the day before.
The problems continued that week, and after the child woke one night complaining of shoulder pain …he took a breath but did not exhale.
The child was rushed to the hospital. But after medical staff spent over an hour trying to resuscitate him, he was pronounced dead. They found water in his lungs and around his heart and told his parents that he died of “dry drowning.”