DRA: Could It Get Even Worse?

The estimated 1 million people in the United States who are dependent on supplemental oxygen have cause for concern regarding the changes to the Medicare home oxygen service. The Deficit Reduction Act of 2005 (DRA, S 1932) requires the transfer of ownership of oxygen equipment, including portable oxygen equipment, to the patient after 36 months of continuous use.

The American Association for Homecare (AAHomecare), the American Lung Association (ALA), the American Association for Respiratory Care (AARC), and other patient and provider stakeholders strongly opposed the change, which leaves many questions unanswered. In a letter to the US House of Representatives, John L. Kirkwood, president and CEO of the ALA, expressed his concerns, asking how the legislation will affect patients whose medical needs change and may require different oxygen equipment after the initial 36 months. If new technology becomes available after the 36 months, will patients be able to receive the superior equipment? Will Medicare reimburse for an additional 36 months? What about maintenance and service? If the equipment fails after 36 months, will Medicare pay for a replacement? He goes on with additional questions and concludes his letter by saying that the ALA is “deeply troubled that Congress is acting precipitously. This change effectively severs the patient-provider relationship for home oxygen therapy under Medicare, which raises numerous patient-safety issues.”

Some members of the House are troubled also—so much so that Joe Schwarz (R-Mich) and Tom Price (R-Ga), both of whom are physicians, and 29 cosponsors have introduced HR 5513, a bill that would restore the oxygen continuous rental model in effect prior to passage of the DRA. AAHomecare enthusiastically supports this amendment, stating, “This bill can help a million Americans to breathe easier.”

A spokesperson for AARC is not as optimistic. She says, “… the prospects of passage [are] not too good this year. There won’t be a Medicare bill going through, at least before the elections. So the traditional avenue for any Medicare legislation isn’t there.”

A cruel twist is that, on paper, the government “saves” money under DRA. If HR 5513 is passed, then the “savings” are gone and the government must find the money elsewhere.

Complicating matters is the physician payment schedule. Under a Medicare law enacted in 2003, reimbursement to physicians participating in Medicare will be cut by more than 4% starting in January 2007. Congress knows it has to prevent those cuts by finding money. One place to do so is to shorten the capped rental time even further. During budget talks, President Bush had proposed changing the 36-month ownership of oxygen equipment to 13 months. Neither the House nor the Senate included this in the budget, but it may be an idea whose time has come, as some members are seriously considering it when they look for money to fix the physician reimbursement problem. This would be during a lame duck session, of course, when no one has to worry about reelection.

Keep your eyes on this one, and meanwhile write to your representatives via either  e-mail or printed letter asking them to support HR 5513. It may be that the current 36-month provision will survive a lame-duck session and not be amended to 13 months. Then, when a Medicare bill is predicted to go through, HR 5513 might have a chance to pass.

If you do not know who your representative is, visit the AARC Web site (www.aarc.org), where you can view a list by ZIP code. It even has a sample letter to make it easy for you to do your part in safeguarding the future of supplemental-oxygen-dependent individuals. 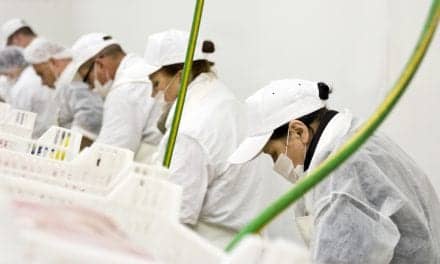 Nitric Oxide to the Rescue