A researcher at the University of Alabama at Birmingham (UAB) says scientists are now closer to producing drugs that will fix genetic “nonsense mutations”—DNA alterations that can lead to nonfunctional or missing proteins—that can cause cystic fibrosis and other inherited diseases. David Bedwell, PhD, professor in the department of microbiology at UAB, presented his findings today at the [removed]Experimental Biology 2010 conference[/removed] in Anaheim, Calif, on the experimental drug ataluren (formerly called PTC124), which may help treat some cystic fibrosis patients.

“When you treat a genetic disease, the bottom line is how much of the missing protein do you need to restore to have a therapeutic benefit,” says Bedwell. “It comes down to the threshold of protein rescue. For some diseases, it might be 1% of protein you need restored, and for other diseases you may need 50% of protein restored.”

In a study, Bedwell found that ataluren restored up to 29% of normal protein function in mice with cystic fibrosis. An estimated one third of gene defects responsible for human disease are thought to come from nonsense mutations. In the case of cystic fibrosis, the absence of a certain protein leads to an imbalance of salt and water in the linings of the lungs and other membranes. Bedwell’s study showed that ataluren allowed the protein to be made in mouse cells where it was previously absent, and it helped the body’s regulatory system to restore salt and water balance in the membrane.

According to Bedwell, the true promise of drugs that suppress nonsense mutations is there selectiveness, meaning they work well in fixing disease-causing mutations while generally sparing healthy genes. 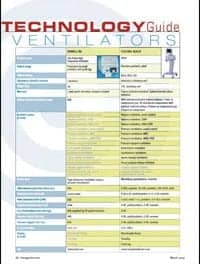