Leading a cleanlier lifestyle may be responsible for an increase in allergies among children, say researchers at University of Michigan.

“It’s called the hygiene hypothesis,” says Marc McMorris, MD, a pediatric allergist at the University of Michigan Health System. “We’ve developed a cleanlier lifestyle, and our bodies no longer need to fight germs as much as they did in the past. As a result, the immune system has shifted away from fighting infection to developing more allergic tendencies.”

Thanks to antibiotics, the immune system is no longer burdened to the extent it was in the past with fighting common bacterial infections. The study also implicated family size in the reason for increased sensitivity to allergies. Today’s family is smaller, which lessens children’s exposure to germs and infections. Twenty or 30 years ago, families on average had three or more children. This generation had fewer allergies because more children mean more germs and greater exposure to bacteria and viruses, thus building up immunity.

“The natural immune system does not have as much to do as it did 50 years ago because we’ve increased our efforts to protect our children from dirt and germs,” says McMorris.

The study urges parents not overreact to the potential of children being exposed to allergens. Just as often as not, common sense rather than immunization should be the first line of defense, including changing furnace filters and keeping allergens like mold out of attics and basements. 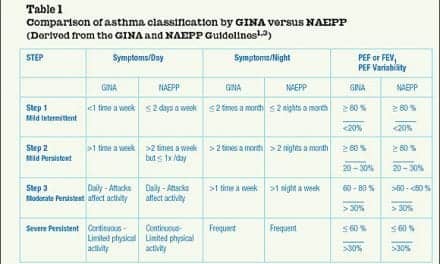