Researchers are thrilled about the recently signed executive order that reverses former President Bush’s ban on federally funded embryonic stem cell research. The executive order now means that scientists who receive public funding while pursuing stem cell research with private money will no longer have to totally segregate the two “universes.” Previously, laboratory personnel had to log each minute spent on embryonic cell research and keep all equipment separate. According to a recent Time article,1 this might even mean separate facilities.

It is not only researchers who are happy about this order: According to a Gallup poll,2 52% of Americans support the decision

Maybe, but there are a significant number of people and groups who are strongly against such research. The reasons vary, but among them are objections that it is immoral to intentionally destroy nascent human life. Catholic League President Bill Donohue writes, “Obama has stepped on a slope so slippery that many of his supporters may … regret he did so.”3

His colleague in the Senate, Sen Mitch McConnell (R-Ky), concurs, calling the president’s reversal of the former president’s 2001 ban a “troubling shift.” Adding, “With this announcement, the government is for the first time, incentivizing the creation and destruction of human embryos at the expense of the US taxpayer.”5

Actually, the executive order leaves intact the Dickey-Wicker amendment,6 which states that it is currently illegal to use federal funds for any experiment that creates or destroys a human embryo. Creating new embryos through cloning falls under that ban, as does destroying an embryo to create stem cells.

Even supporters urge strong regulation and oversight. Mary Danovsky, PhD, associate executive director of the Center for Genetics and Society, a nonprofit public affairs organization, says, “Ending the restriction on federal funding for stem cell research is long overdue, and so is effective and accountable oversight of it. The rules should be enforceable rather than voluntary guidelines and should apply to all stem cell research, whether it’s publicly or privately funded.”7 Currently, there are no federal regulations for stem cell research beyond those that apply to other biomedical research, but Congressional bills subsequent to President Obama’s new policy are likely to request the National Institutes of Health write regulations for federally funded stem cell research, including a ban on reproductive cloning as a source of embryos.

Three ventilators in the March Technology Guide were mistakenly credited with offering Adaptive Support Ventilation (ASV). This is a proprietary technology of Hamilton Medical, which is the only ventilator company to offer this mode.

The corrections have been made to the online version of March RT.   —MB, editor 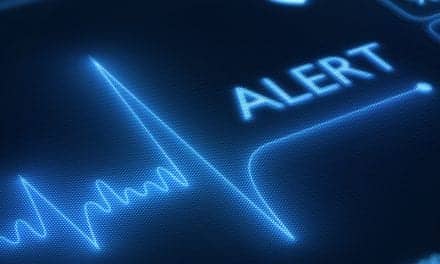