Inhalation injury is a complex syndrome and many factors determine its severity. It is present in 10% of cases presenting to burn units and can elevate the mortality rate as much as 20% above expectations, based on surface burns and patient demographics.1 Inhalation injury should be viewed as a combination injury: There are distinct and disparate mechanisms for its various effects. A high index of suspicion should be maintained for the presence of inhalation injury, and, although there are no individually sensitive and specific findings for this condition, there are common signs (see Table).

Inhalation injuries can be divided into three categories based on the anatomical structures affected: upper airway injuries, major airway (tracheobronchial injuries), and parenchymal injuries. The latter also includes damage to the distal airways. More than one area can be affected in a particular patient, and the presentation can vary significantly depending on the location or degree of injury present. The upper airway features of inhalation injury are usually a result of exposure to heated gases rather than smoke per se, but the subglottic effects are due to the chemical effects of the toxic components of smoke (formaldehyde, acrolein, ammonia, sulfur dioxide, hydrogen chloride, phosgene, hydrogen sulfide, hydrogen fluoride, organic nitriles, nitrogen dioxide, and particulate matter are common examples2) rather than being a result of direct thermal injury.3 Possible exceptions are patients who are exposed to superheated steam rather than the products of common combustion.4

The reason for this is the nature of the heat-exchanging capabilities of the proximal airway, but the upper airway complications must be effectively managed, particularly edema that can produce obstruction, if the patient is to survive and fully recover. Although cricothyrotomy or tracheotomy may be necessary to secure a sufficient airway if intubation is delayed or impossible, most patients will have the edema resolve within a few days after the injury. In the unusual case of direct thermal injury below the glottis, the prognosis is more grave and management becomes more complicated and protracted.1

What’s in the Smoke Matters

The composition of the smoke—from both a chemical and physical standpoint—is important in determining the degree of damage inflicted on the airways, as are the length of exposure to the smoke and the volume of smoke that is inhaled.5 The composition and temperature of smoke are highly variable and are dependent upon the fuels involved and the degree of combustion (complete versus incomplete).

There are frequent changes over the course of a fire, but commonly lethal levels of carbon dioxide, carbon monoxide, cyanide, and other toxic gases develop rapidly, along with plummeting levels of oxygen and temperatures that can exceed 1,000˚C. Hyperventilation stimulated by exposure to CO6 can increase the severity of the damage, whereas laryngospasm, epiglottic closure, or rapid onset of bronchospasm may serve to reduce the proportion of airways exposed to damage.7 Regardless of the mechanisms involved, the presence of inhalation injury in concert with cutaneous thermal injury increases the morbidity and mortality when compared with isolated burn injury alone.8

The effects of inhalation injury can be divided into immediate and delayed. The immediate effects are predominately related to the chemical composition of the smoke and the associated particulate matter on the epithelial cells lining the entire airway. The effects are also related to the thermal damage to the upper and, to a lesser extent, lower airways. Hyperemia is present in the mucosa, along with increased secretion of mucus, increased permeability of the mucosal microvasculature, and the migration of inflammatory cells to the affected areas. This is normally followed rapidly (within 15 minutes in animal models) by an epithelial exfoliation that, combined with the mucous secretions, is responsible for the formation of casts in the airway.4,9 There is a positive correlation between the dose of smoke the patient received and the severity of pseudomembrane formation and exfoliation.1 These effects are also often localized during the immediate postinjury period. This has been attributed to variability in the degree of bronchospasm occurring in various portions of the lungs.10-12

The formation of casts often can be largely responsible for the respiratory distress that is seen in very early stages of the clinical course of inhalation injuries. While it was originally believed that the presence of casts was largely limited to the bronchi and the trachea,5 they have been demonstrated to develop in the distal airways and might contribute to the development of pneumonia,13 barotrauma, and atelectasis,14 both directly through obstruction and through hindrance of the normal ciliary function.15 The obstructive effects of such casts can produce a significant ventilation-perfusion mismatch, which can produce hypoxemia, and can be immediately life-threatening. Their removal through suctioning often rectifies the situation and results in the return of satisfactory oxygen tensions and decreases in airway pressures.16,17

The ventilation-perfusion mismatch can also be worsened by the effects of inflammatory mediators that produce vasoconstriction in uninjured lung segments, while producing increased vascular flow to those areas with injury and impaired diffusion capabilities.18 Pulmonary edema also may be present as an additional complicating factor, although it is more often seen as a late complication, except in those who have been exposed to irritant or caustic gases (hydrogen chloride, chlorine, ammonia, phosgene, etc), with distal airway and parenchymal injury or in those with underlying cardiac issues.

The role of exfoliation, cast formation and migration, and the related inflammatory responses are strongly suspected to account for the significant increase in the incidence of pneumonia in patients with inhalation injury compared to burn patients without such a complicating factor.19 The associated increased morbidity and mortality alone provide even more impetus for early and aggressive measures aimed at removal of debris and minimization of bacterial colonization and translocation that might be facilitated by accumulation or movement of debris in the smaller airways. The inflammatory processes that predominate among the late effects of inhalation injury, including impaired immune function and systemic inflammation, also play a role in the infectious complications seen among these patients.

Interestingly, the most significant elevation of mortality secondary to pneumonia is seen in patients who fall in the middle of the age and severity-of-burn spectra14; but the overall survival rates for all inhalation-injury patients have improved over the years, often as a result of the use of aggressive resuscitation, a greater focus on removal of casts and other debris, and newer modes of mechanical ventilation, such as high-frequency percussive ventilation in some centers.1,20

Inhalation injury is documented to predispose to the development of ARDS with approximately 50% of burn-center admissions requiring intubation developing it at some point during their clinical course. Among the general population of patients with thermal injuries, the onset of the syndrome is more delayed (mean of 7 to 8 days after admission, depending on which diagnostic criteria are being utilized21; older studies found onsets occurring most often 5 to 24 days post admission22,23) than has been traditionally described in studies of ARDS of all causes (12 to 72 hours post admission).24-26

The most frequent explanation for this is that in patients with ARDS associated with other conditions (eg, sepsis), the onset of the condition and the chain of events that produces the syndrome are well developed before the patient enters the intensive care unit, thereby giving the appearance of a more rapid onset, when delayed observation is really the origin.

The coincidental occurrence of the systemic toxidromes of carbon monoxide and cyanide is well known among burn patients in general and inhalation injury victims in particular. Even seemingly minor degrees of smoke inhalation have been shown to produce dangerous carboxyhemoglobin levels in animal models of inhalation injury.1 This provides more than sufficient grounds to remind the practitioner that CO-oximetry should be utilized in any burn patient, especially those with inhalation injury.

Inhalation Injury Is Not Always the Culprit

Deleterious changes in pulmonary function in any patient with thermal surface injury—particularly after the initial resuscitation period—should not be assumed to be due solely to the presence of an inhalation injury, and other causes should be actively sought out and excluded. These include abdominal compartment syndrome,27 pulmonary embolus, and exacerbations of underlying medical conditions. When the index of suspicion is high for an inhalation injury, however, immediate and aggressive action to clear the airways could be life-saving.

Suctioning and lavage through traditional means might be insufficient, and bronchoscopic removal of secretions might be required to stabilize some patients. Even the traditional forceps for foreign-object removal in the airways may fall short of being adequate for the task, and, in at least one case report, endoscopic basket forceps more commonly used for biliary tract procedures were required to effect debris and secretion removal.17 In fact, the same authors advocated bronchoscopy as a diagnostic procedure at the time of hospital admission for patients with inhalation injury. Similarly, they mention that intubation to increase the ease of pulmonary toilet can be potentially beneficial.

An understanding of the underlying pathophysiology of inhalation injury is key to early diagnosis and effective treatment. Given the complex and often variable nature of this condition and the frequent existence of complicating factors such as toxic gas exposures and secondary infections, respiratory therapists tending to such patients must be well versed in all aspects of their identification, management, and, where possible, prevention. In fact, given the potentially lethal nature of inhalation injury, respiratory therapists should strongly consider becoming more involved in burn prevention efforts.

Stephen L. Richey, CRT, was trained as a cardiopulmonary technician during his service with the US Air Force. He is currently a research project leader investigating aviation-related injury patterns at Saginaw Valley State University, University Center, Mich. 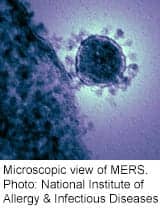