Time factors, presence or absence of eye movements, and the degree of chin muscle tone should be taken into account when determining a particular stage of sleep.

Early sleep researchers noted that the electroencephalogram (EEG) waveforms changed as a subject passed from wakefulness to sleep. Not long after this, sleep researchers Rechstaffen and Kales (R&K) developed the specific rules that are used today in the staging of sleep. Sleep stage scoring depends on the recognition of specific characteristic EEG waveforms recorded on a device known as a polygraph. These sleep stages have been broken down into two broad categories: rapid eye movement (REM) and non-REM. Non-REM sleep is further divided into four different stages labeled simply 1, 2, 3, and 4. When determining a particular stage of sleep, a variety of specific items must be present by definition and adherence to the R&K rules. These factors not only include the nature of the EEG recording, but also the presence or absence of eye movements and the degree of chin muscle tone. Time factors are also taken into account, including the amount of time that passes between specific items visualized on the recording. The 3-minute rule is an example of this and is discussed below.

The usual sleep tracings made on a polygraph are grouped according to timed intervals called epochs. Epochs can be made as long and as short as desired but convention dictates that in staging sleeping as well as recording it, each epoch or part of the sleep recording be broken down into pages of recordings that are 30 seconds long. The conventional polygraph records at a paper speed of 10 mm per second, which means that for each second that passes under the polygraph recording pen, 10 mm of paper flows by. So, while these speeds can be changed, often easily using computerized digital polygraphs, sleep stages are, by convention, scored for each 30-second time interval. There may be instances when multiple stages are seen during a single 30-second interval. The dominant stage present dictates the stage of that particular epoch. Thus, if there are two different stages present during 30 seconds, the stage that occupies at least 51% of the time is the stage of sleep that is determined.

The specific EEG rhythms used to determine sleep stages are named and defined as follows:

• Alpha Rhythm—Frequency varies between 8 and 13 cycles per second (Hz). The amplitude (height) of this rhythm ranges between 20 and 50 microvolts (mV) with the average being between 20 mV and 30 mV. This rhythm is uniform and almost appears like the teeth in a rake or comb. It is best recorded over the occipital area of the brain in EEG leads 0-1 and 0-2. Alpha is diagnostic of the wake state and is seen in awake subjects with their eyes closed.

• Theta Rhythm—Theta waves are in the 2 Hz to 7 Hz frequency and are usually low amplitude signals. They begin to appear when a patient becomes drowsy and loses the alpha rhythm. A variant of theta is “theta hypersynchrony.” It has the same frequency as theta waves but a much higher amplitude. It is frequently seen in children, teenagers, and young adults. Theta waves of either variety are commonly seen in stage 1 sleep.

• Vertex Sharp Waves—These short, intermittent bursts appear over the vertex. They are usually a single, discrete wave of short duration and high amplitude (200 mV). These may be seen in stage 1.

• Sleep Spindles—These are short bursts of electrical activity with a frequency of 12 Hz to 14 Hz. Duration must be at least 0.5 seconds. The gradually upward and downward sloping of this waveform appears like a spindle. These are best observed in the central EEG leads, C-3 and C-4, and their appearance signals the start of stage 2 sleep.

• K-Complexes—These very distinct, K-shaped waves appear intermittently throughout stage 2 sleep. Their appearance signals the start of stage 2. The K complex is comprised of a large negative wave (upward deflection) followed by a positive wave (downward deflection) of slightly longer duration. A K complex should be at least 0.5 seconds long. On occasion, a spindle can be attached to the end of a K complex.

Wakefulness is a very easy stage to identify. The EEG shows a very low voltage high-frequency rhythm in a wake subject with the eyes open. The frequency is very erratic and highly variable. The voltage is extremely low, ranging from 1 mV to 10 mV. Chin electromyography (EMG) demonstrates normal resting muscle tone with high-frequency bursts of elevated amplitude that are seen with any kind of movement. There may be rapid eye movements as the subject looks about or blinks. The nasal/oral flow tracings should be normal. Intermittent periods of what appear to be apnea can occur as wake patients swallow, engage in minor breath holds, or sigh. Sighing or deep breaths may be followed by central apneas in wake subjects. Alpha rhythm may predominate in a wake subject whose eyes are closed.

Movement time is used to describe an epoch that is obscured or unrecognizable because of the large amounts of movement artifact in restless sleepers. If more than 50% of an epoch can be scored despite such artifact, then the prevailing sleep stage score is used. When an epoch is scored as MT, it is completely deleted from the record as if it never existed.

Stage 1 sleep is called light or transition sleep. It is the transition from wakefulness to sleep. It is characterized by the gradual slowing of the EEG. Often patients will be awake, with eyes closed and demonstrate alpha rhythms as they slip into stage 1. This rhythm begins to slowly widen and slow and take on the characteristics of theta rhythm. Theta activity comprises most of the EEG activity in stage 1.

Besides theta waves, one is apt also to see occasional vertex sharp waves. There are no spindles or K complexes in this stage. In observing the eyes, one also notes slow rolling eye movements, each stretching more than several seconds long. These are more prominent in the early portion of stage 1, but gradually disappear as this phase progresses. Myoclonic twitches of the limb muscles may occur. Once alpha rhythms decrease to less than 50% of the epoch and theta rhythms occupy more than 50%, stage 1 can be scored. Stage 1 sleep occupies between 5% and 7% of a normal subject’s total sleep time.

Stage 2 sleep begins with the appearance of spindles and K complexes. The background frequency is between 1 Hz and 5 Hz and is of low amplitude. Since K complexes and spindles are intermittent phenomena, a time factor must be considered in order to properly score this stage. Known as the 3 Minute Rule, this factor states that if more than 3 minutes elapse since the time of the last K complex or sleep spindle, then the intervening epochs are scored as Stage 1. If less than 3 minutes (6 x 30-second epochs) pass before another K complex or spindle occurs, then the intervening epochs continue to be scored as stage 2. If movement artifact or stage wake appears within 3 minutes, then the stage is still scored as stage 2 but only up to the point of the arousal. After an arousal, scoring rules reset themselves and the resuming epochs are scored as stage 1 until a K complex or spindle appears again. It is very important to keep track of the epoch scores that proceeded the epoch under consideration. Stage 2 usually occupies about 50% of a normal night’s sleep time.

Delta sleep is also known as slow wave sleep (SWS) or deep sleep. It is comprised of both stages 3 and 4. These are characterized by slow, high amplitude waves with a frequency of less than 2 Hz and an amplitude of at least 75 mV. K complexes and spindles may be present throughout delta sleep but may be obscured. This type of sleep makes up about 25% of a normal adult’s sleep. In children, teenagers, and young adults, it may be much more prevalent. Stage 3 is present when between 20% and 50% of an epoch is composed of delta waves, although sometimes it can be difficult to discern between stage 2 and stage 3. In order to quantify the amount of an epoch that is comprised of delta waves, one must measure the width of each waveform and add them together to determine the time axis occupied. Stage 4 sleep is present when more than 50% of an epoch is composed of delta waves.

REM sleep is often referred to as paradoxical or active sleep. It is the sleep stage when dreaming occurs. If present, the EEG drops to a mixed frequency, mostly low voltage recording. One can differentiate between stage 1 and REM by looking at the chin EMG lead. The amplitude in stage REM is extremely low whereas it is higher in stage 1. In fact, during REM the chin EMG should be at its lowest point of the whole night. Short phasic twitches of the limb muscles may occur during REM, although normal individuals are completely paralyzed during REM.

Another factor that helps to diagnose REM is the presence of rapid eye movements that appear intermittently throughout this stage. Respiratory variation as well as cardiac sinus arrhythmia can be present, especially during phasic REM. Spindles also occur on occasion during REM, which can make differentiating between REM and stage 2 a little more difficult. As long as the time between spindles is 3 minutes or more, the stage is scored as REM. EMG tone is the ultimate arbiter in many cases. Comparing chin tone during stage 2 and the stage in question is helpful. Sawtooth waves can also sometimes be seen during REM. These are waves that have a narrowed, triangular appearance running at frequencies of 2 Hz to 6 Hz and at amplitudes between 40 mV and 100 mV. They usually occur for a few seconds at a time.

There is often difficulty in determining the initiation and cessation of REM. It usually originates out of stage 2 and begins when the chin EMG drops to its lowest point in the study and a mixed-frequency low-voltage EEG appears. The end of REM occurs when the criteria for REM are no longer met. This happens with an arousal, which always resets the scoring rules. It can also occur with the appearance of K complexes, repetitive spindles, and increased chin EMG tone.

Insuring that a patient is asleep during respiratory or other events is key to the diagnosis of sleep apnea and other types of sleep disordered breathing. Technicians collecting the study as well as those dedicated to the post-test staging of sleep and scoring of respiratory events need to become as familiar with looking at and diagnosing an epoch of sleep as they might be with riding a bicycle. In other words, this skill needs to become second nature to the competent sleep technician. This brief introduction covers only the most important points of sleep stage and respiratory scoring. There is much more to learn and investing in any one or all of several atlases dedicated to this subject is recommended for any RCP interested in doing sleep laboratory testing. N 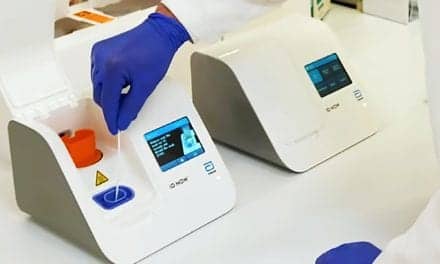