The manual of standardized terms and guidelines in sleep scoring celebrates its 35th anniversary this year.

As the 50th anniversary of the discovery of rapid–eye-movement (REM) sleep is acknowledged, another anniversary bears recognition: 2003 is the 35th anniversary of the publication of A Manual of Standardized Terminology, Techniques and Scoring System for Sleep Stages of Human Subjects.1 These guidelines are commonly known as the R and K system, named after their editors (Rechtschaffen and Kales). The manual defined the terms and established minimal guidelines for staging sleep in humans. This system is most commonly used today for the analysis of sleep architecture.

The contribution that the committee that developed the R and K system made to sleep medicine was significant. While many scientists and clinicians were aware of sleep stages, there was no consistent nomenclature or system for analyzing sleep. Sleep medicine, as a field, barely existed; sleep apnea, as a specific disorder, was virtually unheard of. Without a common language or system for analyzing sleep, there was no way to compare research data among groups, since different terms were used to describe similar features. Perhaps more confounding, the same terms were used to describe different features of sleep. Therefore, the development of minimal criteria and a system that all sleep laboratories used was revolutionary.2

The most widely used monitoring technique for assessing suspected sleep disorders is polysomnography (PSG) performed in a sleep laboratory. PSG testing includes the three measures used to assess the sleep state and to determine the sleep stage: electroencephalography (EEG), submental electromyography (EMG), and electro-oculography. During a typical PSG, respiratory effort, airflow at the nose and mouth, oxyhemoglobin saturation, the electrocardiogram, and leg movements are also assessed, with continuous recording throughout the night. Additional sensors are sometimes used to record expired carbon dioxide concentrations, esophageal pH, body position, and intrathoracic pressure. As snoring is often associated with obstructive sleep apnea (OSA) or upper-airway–resistance syndrome, a small device secured lateral to the pharynx using tape is often used to record the vibration associated with snoring. Simultaneous audio and video monitoring add to the PSG information. Sleep studies are staged (to determine wakefulness and sleep stages) to produce a summary of the patient’s sleep architecture. In addition, PSGs are scored for respiratory events and periodic leg movements. Other parameters that may be quantified are arousals and oxyhemoglobin desaturations.

Sleep Stages
The use of PSG recordings to monitor brain-wave activity and the descriptions of different types of EEG waveforms date to the 1930s.3-5 It was not, however, until the 1968 publication of the R and K system1 that a universally agreed-upon method of sleep staging existed. The R and K manual defines the stages as W (wakefulness); non-REM sleep; sleep stages 1, 2, 3, and 4; and REM sleep. Figure 1 shows the waveforms present during each stage of the sleep-wake cycle. The stage-W EEG is characterized as low voltage; rapid, desynchronized activity (10 to 30 mV and more than 17 Hz); and rhythmic waveforms of 8 to 12 Hz, a range referred to as alpha. EMG activity is typically in the moderate to high range. After sleep onset, periods of wakefulness typically account for less than 5% of the night.

Stage 1 contains some alpha waveforms mixed with theta waves (3 to 7 Hz) accompanied by slow, rolling eye movements. EMG activity is moderate to low. Stage 1 is considered light sleep or transitional sleep. Alpha activity is more prominent during the early stages of the sleep-onset period in the posterior (parietal and occipital) regions of the brain. This activity transfers to more anterior portions of the brain during the later stages of sleepiness.6 Normal, healthy young adults spend approximately 5% of their sleep time in Stage 1. In some patients, sleep apnea can be prevalent during this period.

Stage 2 is composed of background activity consisting of low-voltage, mixed frequency EEG signals with bursts of distinctive waves of 12 to 14 Hz called sleep spindles. These are accompanied by K complexes, which are delineated, negative, sharp waves immediately followed by positive components lasting more than 0.5 seconds. While slower waveforms, namely delta (0.5 to 2 Hz and more than 75 mV), are present during stage 2, they account for no more than 20% of an epoch. Stage 2 sleep constitutes approximately 50% of a person’s sleep time.

Stage 3 sleep contains at least 20% but less than 50% delta waves, while stage 4 is indicated by more than 50% delta. Delta waves are high-amplitude, slow-frequency waveforms ranging from 0.5 to 2 Hz that have amplitudes of more than 75 mV from peak to peak. Stages 3 and 4 are typically lumped together when clinicians discuss sleep architecture and referred to as slow-wave sleep. Normal, healthy young adults typically spend about 20% to 25% of their total sleep time in slow-wave sleep. In addition, slow-wave sleep is more prevalent during the first half of the night, while REM sleep tends to be more prevalent in the latter half.

REM sleep is the stage most often associated with vivid dreams. It is characterized by relatively low-voltage, mixed-frequency EEG activity with episodic REMs and low EMG activity. The presence of sawtooth waves is also a defining characteristic of REM sleep. Sawtooth waves frequently (but not always) appear in the frontal regions of the brain, usually in conjunction with bursts of REMs. The EEG activity patterns evident during wakefulness and during REM can appear quite similar at times. This has led many to refer to REM as paradoxical sleep; it is, at times, discernible from wakefulness only by REM sleep’s significantly lowered EMG activity. A typical night has four to six periods of REM sleep that constitute 20% to 25% of total sleep time. During REM sleep, the body employs a type of self-defense mechanism in that all the large muscle groups of the body are paralyzed, resulting in an atonic state of muscle tension. This act of paralysis affords the sleeper protection against acting out dreams. Muscle atonia during REM sleep can, however, affect airway patency and result in increased sleep apnea.

These six stages are assigned to each 30-second epoch according to which stage occupies the majority of the time. According each epoch only one stage makes the scoring process relatively efficient; since there are approximately 1,000 epochs in a night’s sleep, accuracy in communicating sleep architecture is attained. A limitation, however, is that some periods of wakefulness and some sleep stages may not be accounted for if each epoch is assigned to only one stage. If a higher degree of accuracy is warranted (usually for research purposes), the epoch time may be reduced or scoring can be done in real time. For real-time scoring, the sleep stage is assigned at the time of transition. While shorter epochs and real-time scoring enhance accuracy, they also increase analysis time.

A second limitation of the R and K system is that the stages are not specific enough, in relation to the different types of waveforms present. For example, the actual process of falling asleep has been thoroughly investigated. The need for a clearer picture of brain activity during the sleep-onset period has been established, and a finer group of stages has been devised. Hori et al7 presented a nine-stage continuum that spans the sleep-onset period from wakefulness to the onset of standard stage-2 sleep. The increased fidelity is the result of more precise EEG differentiation and increased temporal resolution (using 5-second instead of 30-second epochs). Figure 2 (page 38) shows Hori’s nine-stage continuum that corresponds to R and K stages W and 1. An argument could also be made for the subdivision of stage 2, as it includes a greater variety of sleep waveforms and a larger proportion of sleep.

A third limitation of standard R & K procedures is that all scoring takes place using centrally located scalp electrodes placed lateral to the midline. The major waveform used in the determination of sleep onset is alpha, but alpha waveforms are predominately produced in the occipital lobes of the brain. As a person makes the transition from wakefulness to sleep, these alpha waveforms from the occipital lobes diminish and progress anteriorly. Therefore, the use of centrally located electrodes to establish sleep onset or return to sleep may produce inaccurate results relative to the underlying neurobiology. In addition, waveform power is significantly greater along the midline fissure of the brain than in either hemisphere, thus creating questions regarding using midline electrodes as possible scoring alternatives. Based on the location of electrodes used for scoring, completely different sleep statistics could be calculated for the same sleep study. For data to be comparable, consensus on methodology would have to be reached.

Despite these limitations, the success and usefulness of the R and K system are based on the fact that it was established as minimal criteria for staging sleep. The R and K system was designed to result in a method of staging normal human sleep that efficiently produced comparable and relatively accurate results among studies, scorers, and sleep laboratories. The R and K system does not address arousals or sleep in pathologic conditions. It was not designed as a model for complete sleep description, but as the basis from which to work. The R and K system is applicable today because, in most cases, it results in adequate descriptions of sleep architecture for the clinician or researcher. This is supported by the common, widely accepted practice of combining sleep stages 3 and 4 as slow-wave sleep for many clinical and research applications. Therefore, in practice, the R and K system of six stages is often reduced to five. The R and K system allows for different epoch sizes, but the 30-second epoch continues to provide adequate detail for assessing sleep consolidation or fragmentation. This is supported by its continued, consistent use in clinical and research practice.

Obstructive and Central Apneas
The recognition of OSA as a common sleep disorder with disabling symptoms and a role in exacerbating other medical conditions has had a profound effect on the field of sleep medicine. For most sleep specialists, OSA is the principal diagnosis in at least two thirds of patients. OSA prevents the achievement of normal deep sleep and of normal sleep cycles of REM and NREM sleep. In addition to exacerbating other medical conditions, sleep apnea can cause disabling daytime sleepiness.

The physiological basis for OSA is that the upper airway narrows and/or closes during sleep. Muscle activity decreases during sleep, which affects airway patency. The pharynx is the common site of occlusion, as it lacks supporting cartilage or bone. While other portions of the airway are less collapsible than the pharynx, occlusion may also occur at the epiglottis or larynx. Once the airway closes, the patient attempts to breathe, without success. Breathing resumes when the airway is reopened as a result of an arousal. With repeated episodes of apnea, sleep is disrupted by the associated arousals.

In the same way that sleep stages are determined by interpreting multiple physiological parameters, respiratory events are categorized and quantified based on the assessment of multiple parameters. A technologist analyzes the nasal/oral-airflow, thoracic-effort, and abdominal-effort channels, in conjunction with oxyhemoglobin saturation and the EEG, to determine whether sleep apnea is present. Severity of sleep apnea is usually determined according to the number of events that occur per hour of sleep (apnea-hypopnea index).

Conclusion
PSGs provide information about several physiological parameters during sleep. Therefore, they remain the gold standard for sleep studies and for assessment of sleep disorders. The effects of sleep neurobiology on breathing and the effects of respiratory disorders on sleep are expanding areas for research and clinical work. As the field grows and technology allows examination of these parameters in greater detail, clinicians and researchers will constantly have to reassess the methods and criteria used to classify and quantify sleep data.

Cory R. Martin, RPSGT, is supervisor for the sleep laboratory at the General Clinical Research Center, University of Michigan, Ann Arbor. Mary L. Marzec, RPSGT, is a research associate in sleep research at the university. 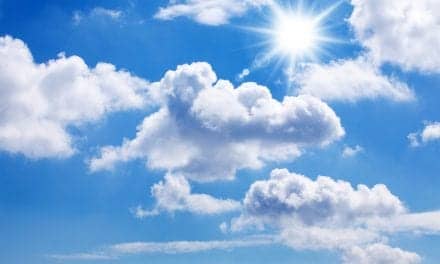 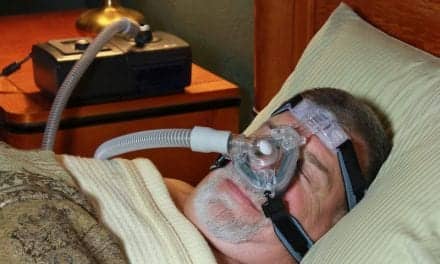 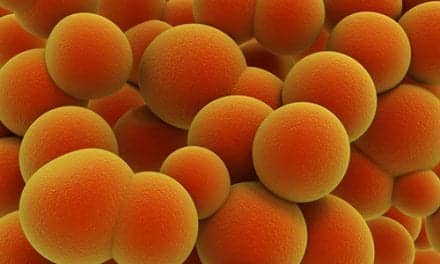