MIS-C: Scientists Search for Cause of Mysterious Covid-Related Inflammation in Children

Like most other kids with covid, Dante and Michael DeMaino seemed to have no serious symptoms.

Infected in mid-February, both lost their senses of taste and smell. Dante, 9, had a low-grade fever for a day or so. Michael, 13, had a “tickle in his throat,” said their mother, Michele DeMaino, of Danvers, Massachusetts.

At a follow-up appointment, “the pediatrician checked their hearts, their lungs, and everything sounded perfect,” DeMaino said.

Then, in late March, Dante developed another fever. After examining him, Dante’s doctor said his illness was likely “nothing to worry about” but told DeMaino to take him to the emergency room if his fever climbed above 104.

Two days later, Dante remained feverish, with a headache, and began throwing up. His mother took him to the ER, where his fever spiked to 104.5. In the hospital, Dante’s eyes became puffy, his eyelids turned red, his hands began to swell and a bright red rash spread across his body.

Hospital staffers diagnosed Dante with multisystem inflammatory syndrome in children, or MIS-C, a rare but life-threatening complication of covid-19 in which a hyperactive immune system attacks a child’s body. Symptoms — fever, stomach pain, vomiting, diarrhea, bloodshot eyes, rash and dizziness — typically appear two to six weeks after what is usually a mild or even asymptomatic infection.

More than 5,200 of the 6.2 million U.S. children diagnosed with covid have developed MIS-C. About 80% of MIS-C patients are treated in intensive care units, 20% require mechanical ventilation, and 46 have died.

Throughout the pandemic, MIS-C has followed a predictable pattern, sending waves of children to the hospital about a month after a covid surge. Pediatric intensive care units — which treated thousands of young patients during the late-summer delta surge — are now struggling to save the latest round of extremely sick children.

The South has been hit especially hard. At the Medical University of South Carolina Shawn Jenkins Children’s Hospital, for example, doctors in September treated 37 children with covid and nine with MIS-C — the highest monthly totals since the pandemic began.

Doctors have no way to prevent MIS-C, because they still don’t know exactly what causes it, said Dr. Michael Chang, an assistant professor of pediatrics at Children’s Memorial Hermann Hospital in Houston. All doctors can do is urge parents to vaccinate eligible children and surround younger children with vaccinated people.

Given the massive scale of the pandemic, scientists around the world are now searching for answers.

Although most children who develop MIS-C were previously healthy, 80% develop heart complications. Dante’s coronary arteries became dilated, making it harder for his heart to pump blood and deliver nutrients to his organs. If not treated quickly, a child could go into shock. Some patients develop heart rhythm abnormalities or aneurysms, in which artery walls balloon out and threaten to burst.

“It was traumatic,” DeMaino said. “I stayed with him at the hospital the whole time.”

Such stories raise important questions about what causes MIS-C.

“It’s the same virus and the same family, so why does one child get MIS-C and the other doesn’t?” asked Dr. Natasha Halasa of the Vanderbilt Institute for Infection, Immunology and Inflammation.

Doctors have gotten better at diagnosing and treating MIS-C; the mortality rate has fallen from 2.4% to 0.7% since the beginning of the pandemic. Adults also can develop a post-covid inflammatory syndrome, called MIS-A; it’s even rarer than MIS-C, with a mortality rate seven times as high as that seen in children.

Although MIS-C is new, doctors can treat it with decades-old therapies used for Kawasaki disease, a pediatric syndrome that also causes systemic inflammation. Although scientists have never identified the cause of Kawasaki disease, many suspect it develops after an infection.

Researchers at Boston Children’s Hospital and other institutions are looking for clues in children’s genes.

In a July study, the researchers identified rare genetic variants in three of 18 children studied. Significantly, the genes are all involved in “removing the brakes” from the immune system, which could contribute to the hyperinflammation seen in MIS-C, said Dr. Janet Chou, section chief of clinical immunology at Boston Children’s, who led the study.

Chou acknowledges that her study — which found genetic variants in just 17% of patients — doesn’t solve the puzzle. And it raises new questions: If these children are genetically susceptible to immune problems, why didn’t they become seriously ill from earlier childhood infections?

Some researchers say the increased rates of MIS-C among racial and ethnic minorities around the world — in the United States, France and the United Kingdom — must be driven by genetics.

Others note that rates of MIS-C mirror the higher covid rates in these communities, which have been driven by socioeconomic factors such as  high-risk working and living conditions.

“I don’t know why some kids get this and some don’t,” said Dr. Dusan Bogunovic, a researcher at the Icahn School of Medicine at Mount Sinai who has studied antibody responses in MIS-C. “Is it due to genetics or environmental exposure? The truth may lie somewhere in between.”

A Hidden Enemy and a Leaky Gut

Most children with MIS-C test negative for covid, suggesting that the body has already cleared the novel coronavirus from the nose and upper airways.

That led doctors to assume MIS-C was a “postinfectious” disease, developing after “the virus has completely gone away,” said Dr. Hamid Bassiri, a pediatric infectious diseases specialist and co-director of the immune dysregulation program at Children’s Hospital of Philadelphia.

Now, however, “there is emerging evidence that perhaps that is not the case,” Bassiri said.

Even if the virus has disappeared from a child’s nose, it could be lurking — and shedding — elsewhere in the body, Chou said. That might explain why symptoms occur so long after a child’s initial infection.

Dr. Lael Yonker noticed that children with MIS-C are far more likely to develop gastrointestinal symptoms — such as stomach pain, diarrhea and vomiting — than the breathing problems often seen in acute covid.

In some children with MIS-C, abdominal pain has been so severe that doctors misdiagnosed them with appendicitis; some actually underwent surgery before their doctors realized the true source of their pain.

Yonker, a pediatric pulmonologist at Boston’s MassGeneral Hospital for Children, recently found evidence that the source of those symptoms could be the coronavirus, which can survive in the gut for weeks after it disappears from the nasal passages, Yonker said.

In a May study in The Journal of Clinical Investigation, Yonker and her colleagues showed that more than half of patients with MIS-C had genetic material — called RNA — from the coronavirus in their stool.

The body breaks down viral RNA very quickly, Chou said, so it’s unlikely that genetic material from a covid infection would still be found in a child’s stool one month later. If it is, it’s most likely because the coronavirus has set up shop inside an organ, such as the gut.

While the coronavirus may thrive in our gut, it’s a terrible houseguest.

In some children, the virus irritates the intestinal lining, creating microscopic gaps that allow viral particles to escape into the bloodstream, Yonker said.

Blood tests in children with MIS-C found that they had a high level of the coronavirus spike antigen — an important protein that allows the virus to enter human cells. Scientists have devoted more time to studying the spike antigen than any other part of the virus; it’s the target of covid vaccines, as well as antibodies made naturally during infection.

“We don’t see live virus replicating in the blood,” Yonker said. “But spike proteins are breaking off and leaking into the blood.”

Viral particles in the blood could cause problems far beyond upset stomachs, Yonker said. It’s possible they stimulate the immune system into overdrive.

In her study, Yonker describes treating a critically ill 17-month-old boy who grew sicker despite standard treatments. She received regulatory permission to treat him with an experimental drug, larazotide, designed to heal leaky guts. It worked.

Yonker prescribed larazotide for four other children, including Dante, who also received a drug used to treat rheumatoid arthritis. He got better.

But most kids with MIS-C get better, even without experimental drugs. Without a comparison group, there’s no way to know if larazotide really works. That’s why Yonker is enrolling 20 children in a small randomized clinical trial of larazotide, which will provide stronger evidence.

Dr. Moshe Arditi has also drawn connections between children’s symptoms and what might be causing them.

Toxic shock can occur after childbirth or a wound infection, although the best-known cases occurred in the 1970s and ’80s in women who used a type of tampon no longer in use.

T cells are tremendously powerful, so the body normally activates them in precise and controlled ways, Bassiri said. One of the most important lessons T cells need to learn is to target specific bad guys and leave civilians alone. In fact, a healthy immune system normally destroys many T cells that can’t distinguish between germs and healthy tissue in order to prevent autoimmune disease.

In a typical response to a foreign substance — known as an antigen — the immune system activates only about 0.01% of all T cells, Arditi said.

Toxins produced by certain viruses and the bacteria that cause toxic shock, however, contain “superantigens,” which bypass the body’s normal safeguards and attach directly to T cells. That allows superantigens to activate 20% to 30% of T cells at once, generating a dangerous swarm of white blood cells and inflammatory proteins called cytokines, Arditi said.

This massive inflammatory response causes damage throughout the body, from the heart to the blood vessels to the kidneys.

Although multiple studies have found that children with MIS-C have fewer total T cells than normal, Arditi’s team has found an explosive increase in a subtype of T cells capable of interacting with a superantigen.

Several independent research groups — including researchers at Yale School of Medicine, the National Institutes of Health and France’s University of Lyon — have confirmed Arditi’s findings, suggesting that something, most likely a superantigen, caused a huge increase in this T cell subtype.

Although Arditi has proposed that parts of the coronavirus spike protein could act like a superantigen, other scientists say the superantigen could come from other microbes, such as bacteria.

“People are now urgently looking for the source of the superantigen,” said Dr. Carrie Lucas, an assistant professor of immunobiology at Yale, whose team has identified changes in immune cells and proteins in the blood of children with MIS-C.

One month after Dante left the hospital, doctors examined his heart with an echocardiogram to see if he had lingering damage.

To his mother’s relief, his heart had returned to normal.

Today, Dante is an energetic 10-year-old who has resumed playing hockey and baseball, swimming and rollerblading.

“He’s back to all these activities,” said DeMaino, noting that Dante’s doctors rechecked his heart six months after his illness and will check again after a year.

Like Dante, most other kids who survive MIS-C appear to recover fully, according to a March study in JAMA.

Such rapid recoveries suggest that MIS-C-related cardiovascular problems result from “severe inflammation and acute stress” rather than underlying heart disease, according to the authors of the study, called Overcoming COVID-19.

Although children who survive Kawasaki disease have a higher risk of long-term heart problems, doctors don’t know how MIS-C survivors will fare.

The NIH and Centers for Disease Control and Prevention have launched several long-term trials to study young covid patients and survivors. Researchers will study children’s immune systems to uncover clues to the cause of MIS-C, check their hearts for signs of long-term damage and monitor their health over time.

DeMaino said she remains far more worried about Dante’s health than he is.

“He doesn’t have a care in the world,” she said. “I was worried about the latest cardiology appointment, but he said, ‘Mom, I don’t have any problems breathing. I feel totally fine.’” 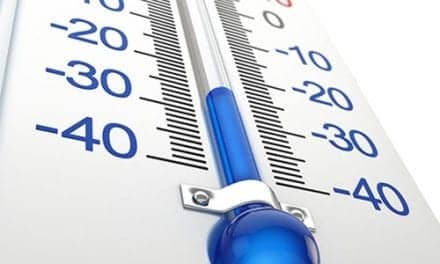