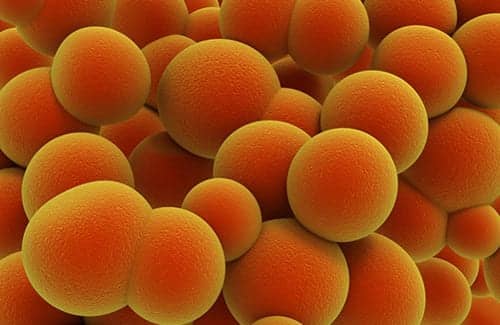 A total of 1,178 new scarlet fever cases were recorded in England from March 23 to 29 – the highest weekly total for 33 years, according to an analysis of figures from Public Health England (PHE) performed by GP.

The total number of cases is more than 300 cases above the same week in 2014, when 883 cases were reported, according to GP.

Scarlet fever – or scarlatina – is a bacterial infection caused by group A Streptococcus or “group A strep,” according to the CDC, which says the illness affects a small percentage of people who have strep throat or, less commonly, streptococcal skin infections.

PHE warned of “substantial numbers of people” being affected in March, saying this was the second season in a row with exceptionally high disease levels, the GP article reported. From the GP article:

“GPs as well as schools and nurseries should be mindful of the current high levels of scarlet fever and promptly inform local health protection teams if they become aware of cases, especially if more than one child is affected,” said Dr Theresa Lamagni, PHE’s head of streptococcal infection surveillance.

“Many patients are worried that their child’s rash might be scarlet fever, so we’re seeing many presentations of rashes that are nothing to do with scarlet fever but are adding to GP workload,” he said.

The peak season for the disease is thought to be March to April, and figures for 30 March to 5 April dropped to 694 cases in England, GP reported.

FBI Warns Of Likely Rise In Cyber Attacks In Healthcare