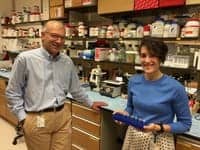 Researchers at the University of Virginia (UVA) School of Medicine have determined that a molecule targeted in cancer is also critical for the ability of the immune system to fight pneumonia. A UVA news release notes that the finding may offer a new way for doctors to boost patients’ ability to fight off the life-threatening infection as bacteria become more and more resistant to antibiotics. Borna Mehrad, MBBS, and his research team determined that the lack of the cytokine M-CSF in infected mice worsened the outcome of bacterial pneumonia.

Specifically, not having the protein resulted in 10 times more bacteria in the lungs, as well as 1,000 times more bacteria in the blood and spread the infection to the liver, which can result in increased deaths. The researchers found that M-CSF helped monocytes survive once they have arrived in the infected tissues, and a PhD student in his lab made the key observations that changed the course of the research.

“As I had expected, when we blocked the action of M-CSF…we saw fewer monocytes in the lung. And I thought, well, there you have it. But what Alexandra Bettina did was look at the number of cells in the bone marrow, when they’re made, and the blood, which is how they get to the lung. And she found that, in the absence of M-CSF, the number of monocytes in the bone marrow and blood was completely unaffected … but was dramatically reduced in the lung,” explains Mehrad.

The UVA news release indicates that by understanding more about M-CSF, doctors may be able to make them “good soldiers.” Mehrad says it may be that during infection, the body is making the right amount of M-CSF, and if extra is added, it will not further improve outcomes. “The second possibility is that there is room for improvement: in the fight between monocytes and the bacteria, M-CSF may make monocytes live longer and give them an edge. In addition, some people with weakened immunity might not make enough of M-CSF. If that’s the case, you could augment that and improve their ability to fight the infection,” Mehrad explains.

Mehrad says, “We’re interested in seeing if there are things we an do to strengthen the natural defenses of the host to help them fight the infection more effectively. Potentially this would be the sort of thing you could do in addition to antibiotics to help patients with severe infections.” 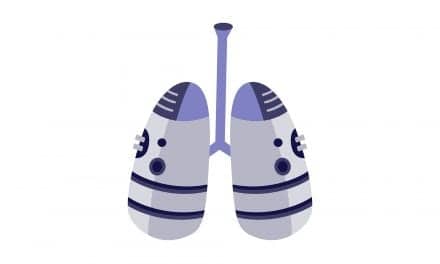 E-cigarettes Should be Banned for Minors