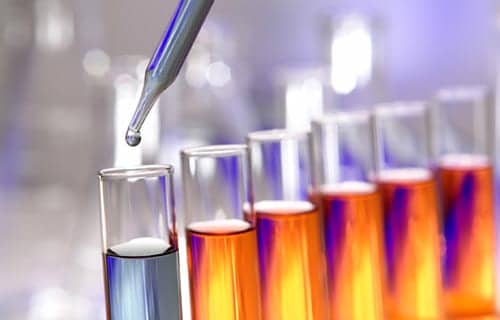 Researchers have collaborated to develop double-stapled peptides that inhibit respiratory syncytial virus (RSV) in cells and in mice, according to study findings published online in The Journal of Clinical Investigation.

The team of investigators also showed that the peptide’s capacity to block infection was significantly boosted when delivered to the lungs by minuscule, biodegradable particles known as nanoparticles.

According to the findings, RSV employs a fusion protein with a helical structure to enable the virus to bind to and penetrate epithelial cells lining the nose and lungs.

The team was assembled from researchers at Dana-Farber/Boston Children’s Cancer and Blood Disorders Center and Harvard Medical School in Boston, the James A. Haley VA Hospital and the University of South Florida (USF) in Tampa, Fla.

The VA/USF group, led by co-senior author Shyam Mohapatra, PhD, tested these double-stapled peptides, alone and in combination with propriety nanoparticles, in mice to demonstrate significant inhibition of RSV infection.

“This is an exciting advance in the fight against respiratory syncytial virus infection,” said Mohapatra, director of the USF Nanomedicine Research Center and the USF Health Morsani College of Medicine’s Division of Translational Medicine, and a research career scientist at James A. Haley VA Hospital.

Mohapatra added: “We found that double-stapled peptide interference targeting the virus fusion protein can be administered in the form of a nasal drop or spray. The treatment suppressed viral entry and reproduction, including spread from nose to lungs, providing substantial protection from infection when administered several days before viral exposure.”

“Designing therapeutic peptides based on a virus’ very own fusion apparatus was previously exploited to block HIV-1 infection, but this class of drugs was severely limited by the pharmacologic liabilities of peptides in general, including loss of bioactive structure and rapid digestion in the body,” added Walensky, associate professor of pediatrics at Harvard Medical School, pediatric hematologist/oncologist at Dana-Farber/Boston Children’s and principal investigator in Dana-Farber’s Linde Program in Cancer Chemical Biology.

Loren Walensky, MD, PhD, leads the Dana-Farber/Boston Children’s/Harvard laboratory with expertise in stapled peptide technology. The screen image shows the chemical structure of a stapled peptide, with the arrow pointing to the hydrocarbon staple (in yellow). Photo courtesy of Dana-Farber/Boston Children’s Cancer and Blood Disorders Center/Harvard

“Peptide stapling restores the natural helical shape, which also inhibits proteolysis, providing a new opportunity to take advantage of a well-validated mechanism of action to thwart viruses like RSV that otherwise lack drugs for preventing or treating infection.”

Mohapatra and his team developed nose drops containing the Walensky laboratory’s double-stapled peptides after combining them with TransGenex’s chitosan nanoparticles that stick to mucous-producing cells lining the lungs.

First, the researchers treated mice intranasally with stapled peptide nose drops, both before and during infection with RSV. The treated mice showed significantly lower levels of virus in the nose and lungs, and less airway inflammation compared to untreated mice.

Then double-stapled peptides encapsulated in nanoparticles were delivered to the lungs via the trachea to test whether the combination could further increase the effectiveness of this experimental therapy. The nanoparticle preparation markedly improved delivery of the peptides to the lungs, and the combination worked better and longer in preventing RSV pneumonia than the double-stapled peptide alone.

The researchers say, to the best of their knowledge, this preclinical study is the first to combine peptide stapling and nanoparticle technologies to maximize the delivery, persistence, and effectiveness of an antiviral therapy.