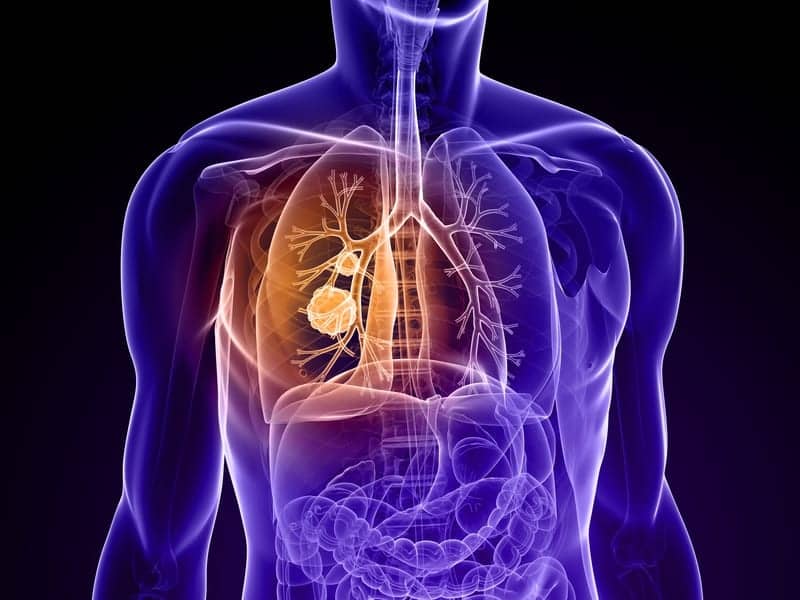 A new study proposes that individuals admitted to the hospital with community-acquired pneumonia (CAP) should be considered for early lung cancer screening. According to a Science Daily news report, heavy smokers with pneumonia are one of the highest lung cancer risk groups, and researchers from Tel Aviv University and Rabin Medical Center propose that screening heavy smokers admitted to the hospital with CAP could facilitate the early diagnosis of lung cancer and reduce the incidence of mortality. Daniel Shepshelovich, MD, who led the research, says, “We want to develop a more realistic and cost-effective strategy targeting a particularly high-risk population.”

Shepshelovich and his research team examined the files of 381 admissions of heavy smokers with CAP at Rabin Medical Center between 2007 and 2011. The researchers reviewed each patient’s medical record for patient demographics, lung cancer risk factors, smoking history, and the anatomical location of the pneumonia. The data was subsequently crosschecked with the database at Israel’s National Cancer Registry for new diagnoses of cancer. The researchers found that out of 381 admissions of heavy smokers with pneumonia, 31 were diagnosed with lung cancer within a year of being hospitalized.

The incidence of lung cancer was found to be notably higher in patients admitted with upper lobe pneumonia. In addition, the researchers found that the lung cancer was located in the lobe affected by pneumonia in 75.8% of cases.

“We discovered that smokers hospitalized with pneumonia are diagnosed with cancer after the infection because often the cancer masquerades as pneumonia, physically obstructing the airway and creating such an infection,” says Shepshelovich. “Considering that only 0.5-1% of smokers without pneumonia have a chance of being diagnosed with lung cancer every year, the fact that 9% of our study group developed lung cancer is alarming.”

Shepshelovich adds, “Smokers admitted to the hospital with pneumonia should be considered for chest-computer tomography. Only 15%of lung cancer cases are detected at an early stage. We want to increase that number in order to reduce mortality or, at the very least, extend lives.” The researchers are considering a larger nationwide study on this subject.