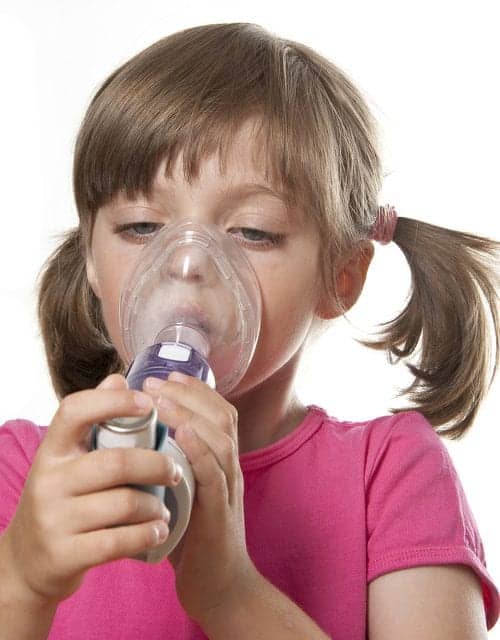 Children 6 years old and younger with recurring asthmatic symptoms, such as wheezing, severe enough to warrant a visit to the emergency department, are at risk of seeing their lung function affected into adulthood, according to researchers at CHU Sainte-Justine Hospital and the University of Montreal.

Investigators with the study, which appeared in The Lancet, also found that childhood asthmatic symptoms may persist in adulthood, even after a period of asthma remission during childhood or adolescence. Based on these findings, researchers believe preschool wheezing could be a risk factor for to chronic obstructive pulmonary disease.

To realize these findings, Drs Francine M. Ducharme and Sze Man Tse followed a review of the outcomes of clinical studies undertaken on Canadian preschoolers over the course of nearly 25 years. Their analysis showed that wheezing affects 20% to 25% of children under 6 years old. They also realized this age group visited the emergency department three times more than all other age groups, resulting in at least one yearly emergency department visit for 2%-4% of these children. What’s more, they found that a significant number of children who visited the ER at least once a year were subsequently admitted to hospital.

“Repeated wheezing is most often caused by asthma. However, the diagnosis is challenging because before age 6, children are too young to go through the standard confirmatory lung-function test – spirometry,” Ducharme says. “Yet the period before 6 years of age is clearly a period of increased vulnerability and is probably the best time to intervene and, possibly, prevent lasting damage.”

Researchers with the study note that the data tracks the natural evolution of the asthma, as today’s ill adults were the preschoolers 20 to 40 years ago. As a result, analysis of the data must take into account that few effective treatments were available four decades ago.

“Our study shows that the most effective treatment of young children is the long-term use of low doses of inhaled corticosteroids. However, it is alarming to see that few young children are currently receiving over the long term, this treatment that has been known to be effective. So even today, these children are at risk of long-term damage to their lungs,” Ducharme adds.

Researchers also found that, in many cases, asthmatic children are wrongly diagnosed as having bronchitis or pneumonia. “This is why it’s essential to correctly diagnose the causes of childhood wheezing,” Sze Man Tse says. “In other cases, due to a lack of information, doctors hesitate to prescribe long-term treatment, and parents hesitate to administer it. If these children were treated daily with inhaled corticosteroids, they would avoid repeated ER visits and their quality of life would be improved, as would their whole family’s.”

While investigators with the study say it is not yet known if the treatment prevents long-term damage, they do note that genetic factors, colds, exposure to tobacco, and very early childhood rapid weight gain are known risk factors for repeated wheezing.

“Early intervention to reduce medium and long-term lung damage resulting from preschool wheezing should be a public health priority,” Ducharme says. “Knowing that 48% of preschool children will wheeze at least once before the age of 6 years, and that a large proportion of them are improperly diagnosed or do not receive the inhaled corticosteroid whose effectiveness is well beyond any scientific doubt, we see in turn the great, needless expense for the health system and the risk of life-long, irreversible damage to these children.”