As the field of sleep medicine grows, more attention is being paid to OSA in infants and young children.

The field of sleep medicine has grown exponentially over the past 10 years. Infants and young children, however, deserve more attention. Obstructive sleep apnea (OSA) in this population is more common and severe than many believe. According to Lipton and Gozal,1 8% to 27% of children snore, with about 2% of them experiencing OSA.2 The primary reason for lack of focus on OSA in infants and children is the low level of awareness in the medical community. Results of a survey by Owens3 of 626 pediatricians in Rhode Island, Massachusetts, and Connecticut suggested a lack of basic knowledge about pediatric sleep disorders and an inability to incorporate such knowledge into clinical practice. The survey also indicated that only one fourth of the respondents routinely screened toddlers and school-age children for snoring. Further, 53.2% of those surveyed indicated that they never or rarely ordered overnight sleep studies to assess patients for OSA. Education to increase awareness among health care professionals about pediatric sleep disorders should target medical schools, postgraduate training, and continuing education programs.3

OSA in children is often associated with hypoxia, as well.4 This hypoxia is often due to diminished functional residual capacity (FRC) and high respiratory rate (RR), compared with adult FRC and RR. The diminished FRC and elevated RR in children may induce significant symptoms in response to less obvious forms of apnea.2 Adenotonsillar hypertrophy is the most common cause of OSA in children 2 to 8 years of age, with the most severe polysomnographic (PSG) findings being seen in preschool children. OSA in young children often results in such symptoms as snoring, choking, gasping, sweating, restlessness, daytime fatigue, morning headaches, behavior problems, and even impaired intellectual function.2,5 The early diagnosis and treatment of OSA are essential and may prevent complications that include failure to thrive, repeated respiratory infections, hypertension, cor pulmonale, neurological damage, and death.2,5,6

For infants in their first year of life, adenotonsillar hypertrophy is not often the cause of OSA.6 Some studies7,8 suggest that infants may be at greater risk of sudden death associated with OSA due to reduced arousability. Kato et al8 reported that infants who died of sudden infant death syndrome had significantly more episodes of obstructive and mixed apneas. Further, several studies have demonstrated that a high percentage of infants who suffered an apparent life-threatening event (ALTE) also experienced sleep-disordered breathing (SDB), lower heart-rate variability, altered autonomic control, increased arousal thresholds, and fewer body movements.6-8 A study of 346 infants who had undergone ALTE, performed by Guilleminault9 over a period of 10 years, demonstrated that 57% suffered from obstructive SDB. Studies have also shown that infants with OSA have fewer spontaneous arousals during sleep, compared with normal infants. In addition, it has been shown that treatment with continuous positive airway pressure (CPAP) decreases the frequency of spontaneous arousals in infants who experience OSA.7 Because of the potential for complications to arise in infants and children, it is important to distinguish simple snoring from snoring accompanied by OSA. Some children with significant OSA may not even exhibit snoring.2 PSG testing is the gold standard for children with OSA and SDB.

Management and Treatment
Surgery is often performed for children who suffer from OSA, and is the preferred intervention for children with adenotonsillar hypertrophy. More invasive surgery is often required for children with craniofacial abnormalities, obesity, or hypotonia, as well as for those who experience residual OSA after their enlarged tonsils and adenoids have been removed.4 OSA surgery in these children is often aggressive, with treatment of multiple sites of airway obstruction.5 Surgical intervention may involve procedures that combine soft-tissue reduction and skeletal expansion.4 Increased airway resistance secondary to adenotonsillar hypertrophy is the leading cause of OSA in children with craniofacial abnormalities.10 Some children with craniofacial deformities may not be candidates for immediate surgery (or even CPAP), however, and a tracheostomy is often performed in such cases. Children with syndromal craniofacial synostosis, as seen in Apert, Crouzon, and Pfeiffer syndromes and associated with midfacial (maxillomandibular) hypoplasia, micrognathia, muscular hypotonia, brainstem compression (achondroplasia), and/or deformation of the cranial base, commonly require the more aggressive types of surgery and may need more than one major surgery.10 Children with severe OSA also have a greater risk of respiratory compromise after surgery than do children who do not experience OSA.5 OSA surgery may even require postoperative ventilatory support and intensive care, since the surgery may be substantial.

The use of CPAP to treat infants and young children is common in neonatal and pediatric intensive care units (ICUs). Treatment at home is not as common for children as it is for adults in the United States. A study by McNamara and Sullivan11 indicated that successful treatment of OSA in infants and young children is possible with CPAP and demonstrated that CPAP can be effective in the management of OSA in infants at home. The researchers studied 24 infants treated using CPAP and demonstrated a success rate of 85%. Successful treatment with CPAP caused increased daytime alertness in each infant; CPAP was even associated with increased growth velocities in three infants who had failure to thrive.

Effective CPAP therapy is possible, but it requires motivated caregivers and a cooperative staff with plenty of time and patience.11

When surgery is not possible and CPAP fails, a tracheostomy is often thought to be the last option. Caring for any technology-dependent child at home is challenging, but caring for a child with a tracheostomy can be especially stressful. A tracheostomy limits communication skills and may markedly increase the need for specialized (often institutional) care.4 The long-term complications associated with a tracheostomy may include stoma narrowing, bronchitis, pneumonia, persistent tracheocutaneous fistula, tracheomalacia, tracheoesophageal fistula, and obstruction by either mucous plugs or granulation tissue, both of which can lead to death.4,12 According to Duncan et al,13 tracheostomy-related morality and morbidity rates among children have been reported to be as high as 10% to 27%, with mortality rates of 0.5 to 2 deaths per 100 months at home. Tracheostomy, however, may no longer be the last option for some of these children.

A New Option?
At the Children’s Hospital of Michigan (CHM) sleep laboratory, Detroit, we are using a high-flow nasal cannula (HFNC) to titrate therapy and treat OSA in infants and young children with OSA. The HFNC may be an option for many of the children who continue to experience residual OSA after upper-airway surgery, for children who are not candidates for surgery, and for those who cannot tolerate CPAP. The system that we use can deliver flows of 1 to 40 L per minute (LPM) through a nasal cannula. This unit has two cartridges available: a low-flow cartridge for flow rates of 1 to 8 LPM and an adult cartridge for flow rates of 5 to 40 LPM. The device uses a proprietary cartridge that allows the delivery of gas that is heated to body temperature and that has a relative humidity of nearly 100%. The addition of heat and humidity allows higher flows to be used through a nasal cannula without such side effects as bleeding, septal breakdown, or the cooling and drying of the airway common with a bubble humidifier that is set at higher flow rates.

Nasal cannulae have been used to deliver a CPAP effect, or positive distending pressure (PDP), in neonatal ICUs for years. At CHM, we surmised that the same concept could be applied to our patients. We knew that if we could provide enough flow through a nasal cannula without significant water loss from the airway, we could generate a PDP to splint the airway. In the neonatal ICU setting, a nasal cannula’s flow rate can range from 0.25 cc/min to 3 LPM, depending on the infant’s weight, in order to generate a PDP. A study performed by Sreenan et al14 indicated that nasal-cannula flows of 1 to 2.5 LPM can deliver PDP in premature infants. These flows are often as effective as CPAP in the treatment of apnea of prematurity.

At CHM, we speculated that we could deliver a PDP in older infants and young children using higher flows (of 5 to 15 LPM) to treat OSA. An effective option for treating infants and young children using an HFNC at home was unavailable until recently, however. Without the development of the unit that we are currently using, the home use of an HFNC would have been impossible due to the drying effect of the high gas flow.14 The technology is now available for home treatment, and its use is generally a reimbursable expense. To use such equipment, it is necessary to have a home care provider willing to work closely with the laboratory and the family so that insurance will cover the expense and therapy will be successful. Fortunately, we were lucky enough to work with such a provider.

At CHM, HFNC therapy is titrated in much the same manner as CPAP therapy. The titration is generally started at 1 LPM. If the flow is increased and the baseline oxygen saturation remains low, then supplemental oxygen is added by adjusting the percentage on the blender (oxygen is bled into the circuit for home use). The primary limitation of this therapy is the inability to measure the actual pressure being delivered without an esophageal pressure monitor.

With increased awareness of the need for safe, effective treatment for infants and children with OSA, the available options will continue to grow. The use of an HFNC appears to be one of those options. Although an HFNC may not be suitable for treating every child, it does appear to be an effective option for some. It may even prevent or postpone the need for more invasive options, such as surgery or tracheostomy. Treatment using an HFNC may also be another option for children who are unable to tolerate CPAP. Treating OSA in infants and children using an HFNC at home is a new idea that deserves a closer look and more research. 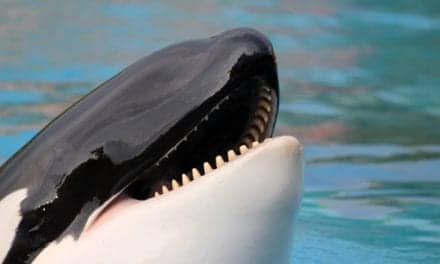