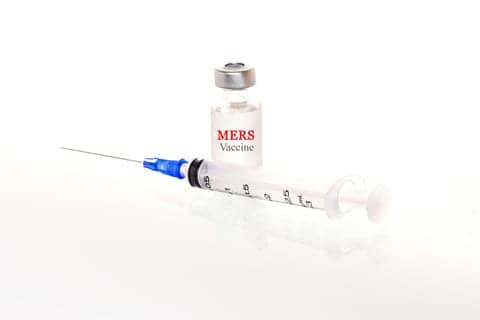 In results published in the journal Nature Communications, vaccinated mice produced antibodies against multiple strains of MERS, they said, and vaccinated macaques were protected from severe lung damage when exposed to the virus.

The findings suggest this approach — centered on a viral protein called the “spike glycoprotein”, which the MERS virus uses to enter cells — holds promise for developing a similar human MERS vaccination, the researchers said.

MERS, which causes coughing and fever and can lead to fatal pneumonia and kidney failure, has been reported mainly in Saudi Arabia and South Korea but has also been imported in travelers to at least 25 countries since it first emerged in 2012.