Agitation and delirium are frequently cited as problems for critically ill patients,1 but there is surprisingly little information to help health care practitioners identify and treat these problems.

Many terms have been used to describe the behavior we commonly associate with delirium and agitation. To avoid confusion, stricter definitions have been formulated.1 Anxiety is a sustained state of apprehension or worry in response to a real or perceived threat. It is often accompanied by increased motor tension and increased sympathetic activity. Agitation is excessive motor activity that is usually nonpurposeful and most often associated with internal tension. It may be the end result of pain, fear, anxiety, medication toxicity or withdrawal, delirium, metabolic abnormalities, systemic illnesses, or primary central nervous system events.

For mechanically ventilated patients or other patients whose ability to communicate is compromised, health care practitioners must always consider dyspnea (which may be caused by an occluded endotracheal tube, a ventilator malfunction, pneumothorax, acute pulmonary edema, or other causes) as a potential cause for agitation that must be excluded. Delirium, as defined by the DSM-IV, requires an acute disturbance of consciousness with reduced clarity or awareness of the environment (eg, an inability to focus or to sustain or shift attention) and either (1) a new cognitive change (eg, deficits in memory or orientation, or a language disturbance) or (2) a new perceptual disturbance (eg, hallucinations or misinterpretations).2 Delirium frequently develops over hours or days, and fluctuates over time.

Data from agitated ICU patients or from studies of delirium in non-ICU patients may not always apply to delirium in critically ill patients, and very few studies have looked specifically at delirium in the ICU. For non-ICU patients, delirium is associated with an increased hospital mortality, an increased 2-year mortality after discharge, and a greater dependence on assistance for daily care.6 Among elderly emergency department patients, 10 percent had delirium, 22 percent suffered from a cognitive impairment without delirium, and 83 percent of patients with delirium were not recognized as such by caregivers.7,8

Studies of delirium in the ICU have shown that postoperative cardiac surgery patients have a stable incidence of delirium over time (32 percent from 1963 to 1987) that does not appear to be affected by age, gender, or bypass time.9 Most trauma patients have no recall of their ICU stay, but slightly more than one third do remember these events; 88 percent of the time, they have fantasies or hallucinations about being in prison and trying to escape.10 A study of heterogenous ICU patients by Rutherford et al11 found a 48 percent incidence of delirium. The study highlighted the difficulty of making a diagnosis of delirium in ICU patients.

Although many scales or tools exist to help quantify agitation or sedation, few have been validated for ICU patients. The Sedation-Agitation Scale was tested and found to agree with the Ramsay score and had a higher interrater reliability.5,12 Although useful for describing sedation or agitation, this scale is not specific for delirium. Many diagnostic tools for delirium have been developed, including the Delirium Rating Scale,13 the Confusion Assessment Method,14 the Clinical Assessment of Confusion,15 and the Delirium Symptom Interview.16 Although validated in non-ICU patients, none has been tested in critically ill patients. Hart’s Cognitive Test for Delirium was tested in a small cohort of ICU patients able to cooperate by pointing to the right answer for date, time, and place and able to perform tests of memory and reasoning.17 This instrument seemed to work well in the initial analysis, but during additional study, 23 percent of the patients were unable to complete the testing procedure. There is no easily applicable diagnostic instrument to assess delirium in ICU patients.

The pathophysiology of delirium is complex, but the relative balance between the cholinergic and dopaminergic nervous systems appears to play a key role. Acetylcholine transmission appears to be reduced relative to the dopamine system during delirium, perhaps due to the excessive anticholinergic effects of medications, reduced acetylcholine formation in the setting of hypoxia or hypoglycemia, and reductions of choline uptake into the brain in the elderly.18-20 Excess dopaminergic tone may also play a role, resulting from the increased catecholamine response due to stress.21 Many medications that are not normally considered to have anticholinergic properties are associated with potent anticholinergic activity when blood is tested, including cimetidine, prednisolone, theophylline, digoxin, nifedipine, and furosemide.19 In addition, many ICU medications have been associated with unexpected central nervous system effects including albuterol (hallucinations and paranoia) and theophylline (anxiety, mania, and hyperactivity).22

With the exception of trials involving delirium tremens during ethanol withdrawal, there are no randomized trials of treating delirium in the ICU. The Society of Critical Care Medicine has developed practice parameters to govern the use of sedating medications23; haloperidol was identified as the medication of choice to treat delirium in ICU patients. Hansen-Flaschen et al24 surveyed ICU head nurses, learning that 84 percent of survey respondents frequently or routinely sedate ventilated patients. Haloperidol was used in 60 percent of these ICUs, but specific protocols or indications for haloperidol use were not described. A recent randomized study concluded that the combination of haloperidol and benzodiazepines was the preferred regimen to treat ethanol withdrawal among ICU patients.25 Haloperidol is a butyrophenone neuroleptic agent first used clinically in 1963. Its mechanism of action is complex but is due at least in part to dopamine-receptor antagonism in the basal ganglia and limbic regions of the brain. Adverse events associated with haloperidol use appear to be less frequent when it is given intravenously or in combination with benzodiazepines.26,27 The most frequently reported adverse events during ICU use of haloperidol include prolongation of the QT interval or ventricular arrhythmias,28 movement disorders,29,30 and, rarely, neuroleptic malignant syndrome. An uncommon problem associated with haloperidol use that is important to keep in mind is laryngeal dystonia, which may present as stridor or upper-airway obstruction. Fortunately, this complication is usually easily treated with benztropine or diphenhydramine.31

The metabolism of haloperidol is very complex. Despite excellent gastrointestinal absorption, the bioavailability of haloperidol is only 40 percent to 75 percent with oral dosing due to extensive first-pass metabolism in the gut and liver. The major degradation products include the glucuronidation product (60 percent) and reduced haloperidol (23 percent), and less than 5 percent of the drug is metabolized via the NADPH-dependent microsomes and converted to pyridinium metabolites.32 These pyridinium metabolites are structurally similar to MPTP, a “designer drug” resembling meperidine and known to induce Parkinson-disease-like movement disorders.33 It has been shown that patients who develop transient movement disorders during withdrawal of haloperidol after use in the ICU have higher levels of these pyridinium metabolites.30

Many questions remain when using haloperidol in the ICU. It is unknown whether higher doses are required for more agitated patients or if similar effects are obtained with fewer complications using low doses. Although no randomized studies exist, anecdotal reports and small case series suggest that higher doses are more effective for severely agitated ICU patients. 12

Agitation is a common problem among ICU patients, with delirium often being a contributing factor. A thorough search for treatable or life-threatening causes of agitation–such as pain, ventilator problems, medication effects, or metabolic abnormalities–should be done before or during treatment with sedatives and haloperidol. In the meantime, more research is needed to help us better identify and treat this ICU problem.

Richard R. Riker, MD, is vice president of Chest Medicine Associates, PA, and the assistant chief of the Department of Critical Care at Maine Medical Center in Portland.

21. Brown TM, Ritchie JC, Holmes VF, et al. Premorbid susceptibility to anxiety and excess dopaminergic activity are associated with the development of delirium in the intensive care unit. Am Rev Respir Dis. 1993;147:A109.

28. Lawrence KR, Nasraway SA. Conduction disturbances associated with administration of butyrophenone antipsychotics in the critically ill: a review of the literature. Pharmacotherapy. 1997;17:531-537.

Disruption of Sleep in Children Could Hamper Memory Processes 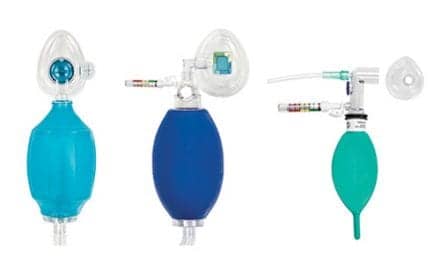 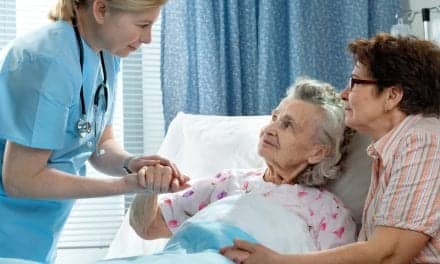