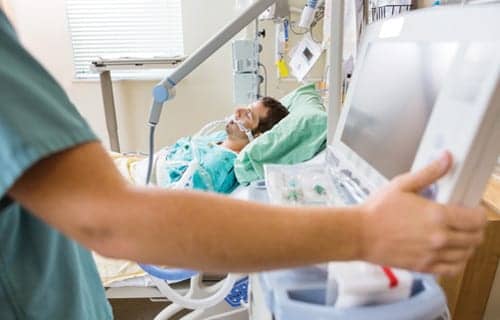 A team at Vanderbilt University Hospital has developed a method of improving ventilator bundle compliance that has lowered ventilator-associated pneumonia (VAP) substantially, according to a report by Health Leaders Media.

The report says that the hospital’s ICUs developed and implemented a comprehensive ventilator bundle program in 2007, which they linked to a real-time computerized dashboard. The dashboard alerts caregivers to which elements of the bundle need to be addressed for which patient at which time, and also tracks compliance.

According to research in the journal Infection Control & Hospital Epidemiology, full and uninterrupted bundle compliance at the hospital increased from 23% in August 2007 (the first month of implementation) to 83% in June 2011. Additionally, use of the bundle was associated with significant and sustained decreases in ventilator-associated pneumonias (VAPs), with the combined rate in all six of the hospital’s ICUs dropping from 19.5 to 9.2 VAPs per 1,000 ventilator-days, Health Leaders Media reports.