Once the clinical significance of emboli of the subsegmental vessels is determined, spiral computed tomography may become the standard when diagnosing pulmonary embolism.

Spiral computed tomography (CT), a product of recent advances in technology, is a valuable tool for the diagnosis of pulmonary embolism. Nevertheless, literature concerning spiral CT is not easily found in the journals dedicated to respiratory care. Spiral CT has been the focus primarily of radiology and emergency medicine publications, and the comparative absence of information available to the profession trained to evaluate patients for pulmonary embolism is unfortunate.

RCPs are often the first to be called when the patient presents with the signs and symptoms of pulmonary embolism. In an age of respiratory protocols, the RCP is not only expected to determine the pulmonary status of the patient competently, but to participate in the diagnostic decision-making process. To aid in the effective coordination of tests to confirm or refute the presence of a pulmonary embolism quickly, RCPs need to appreciate the merits of the spiral CT scan.

In 1856, Virchow established the factors most responsible for intravascular coagulation. Known as Virchow’s triad, these identified risk factors are hypercoagulability, vascular wall injury, and venous stasis. Usually the result of immobilization, venous stasis with deep vein thrombosis (DVT) of the thigh and calf is the most common precursor of migrating thrombi. Seen in the postsurgical patient population in particular, the thromboemboli of DVT are estimated to account for more than 90% of all clinically significant occurrences of pulmonary embolism.2

Diagnostic Problems
Despite the prevalence of pulmonary embolism among hospitalized patients, the ability to diagnose the phenomenon quickly and accurately continues to be elusive. The clinical signs and symptoms of pulmonary embolism can differ markedly among individual cases.3 While one patient will die within minutes of a massive embolus, another will manifest such minor evidence that the disorder is never suspected. Each occurrence presents a unique level of functional compromise, depending on the extent of the pulmonary circuit lost to gas exchange.

In the majority of cases, the symptoms of pulmonary embolism are vague. The most common complaints, those of dyspnea and chest pain, can be misinterpreted as due to congestive heart failure, myocardial infarction, pneumonia, or sepsis. Misdiagnosis becomes still more likely in patients already compromised by preexisting lung or cardiac disease. There simply are no symptoms consistently associated with pulmonary embolism alone.4

Even when the clinical picture is highly suggestive of pulmonary embolism, initial attempts at diagnosis are more inclined to rule out other possibilities than to confirm pulmonary embolism. Once the suspicion of pulmonary embolism has been raised, the typical course of diagnostic action is to obtain immediate arterial blood gas (ABG) analysis, electrocardiography (ECG), and chest radiography. Depending on the results of these preliminary tests (or despite them), a ventilation and perfusion (V/Q) lung scan is routinely ordered to detect perfusion defects. Such measurements, how-ever, can prove almost as nonspecific as the pulmonary embolism that they were intended to investigate.

An individual with pulmonary embolism is expected to show decreased arterial oxygen and carbon dioxide levels, as confirmed by ABG. These are not always certain signs, however. A patient may or may not become hypoxic with the onset of pulmonary embolism. Although hyperventilation is practically ensured by the episode, the response is the product of stimulated mechanoreceptors, and is not necessarily affected by hypoxic drive.2

During the initial hours (and perhaps as long as the first 24 hours), a patient stricken by pulmonary embolism may present with a remarkably clear radiograph. Though radiographic findings may include nonspecific evidence of pleural effusion or right-sided ventricular dilation of the heart, changes in surfactant quality and quantity occurring distal to the occlusion usually promote localized atelectasis over time. A radiograph will exclude pneumothorax, which might otherwise explain the acute dyspnea, chest pain, and apprehension so common in pulmonary embolism.

Radioisotopic V/Q lung scanning is highly definitive in the diagnosis or exclusion of pulmonary embolism. When evaluated in light of chest radiography results and the developing clinical picture, a normal V/Q scan can increase confidence in ruling out a clinically significant pulmonary embolism. Unfortunately, in the presence of certain cardiac and respiratory conditions (particularly chronic obstructive pulmonary disease), a V/Q scan is often inconclusive. Preexisting perfusion defects are to be anticipated in these patients. Perfusion defects can also be expected in the presence of acute conditions such as pneumonia and localized bronchospasm.

In 1990, the development of criteria for the use of V/Q scans in diagnosing pulmonary embolism was undertaken by the US National Heart, Lung, and Blood Institute. After extensive study, the Prospective Investigation on Pulmonary Embolism Diagnosis (PIOPED) published its findings. In the great majority of PIOPED subjects, patients with established pulmonary embolism showed positive V/Q scans for the disorder at high, intermediate, or low probability. Unfortunately, patients without pulmonary emboli also produced high percentages of positive scans (sensitivity, 98%; specificity, 10%).5 In light of these and other PIOPED results, it was determined that a V/Q scan, joined with an assessment of the patient, could only substantiate or exclude a pulmonary embolism in a minority of cases. After a V/Q scan, additional testing will usually be required.

Pulmonary angiography continues to be the gold standard of testing for pulmonary embolism. Due to its invasive nature, however, many physicians reserve the procedure for a diagnosis that is imperative (for example, before administering potentially hazardous thrombolytics). The number of angiograms performed is further limited by the fact that the complex technique is not available at every institution.

There remains a great need for a diagnostic test that is highly sensitive and specific, safe, quickly performed, cost effective, noninvasive, universally available, and readily acceptable as the standard of care. To date, no single test fully meets these criteria. As medicine strives to establish the best regimen using a host of imperfect tests for pulmonary embolism, the literature typically approaches pulmonary embolism and DVT as the same disorder. More than 95% of occurrences of pulmonary embolism can be traced to thromboemboli originating from thigh and pelvic veins.6 The investigation of DVT in conjunction with a possible pulmonary embolism is vital. As the suspicion of pulmonary embolism mounts, the existence of DVT will substantially affect the decision to treat the patient for pulmonary embolism, even if the search for emboli has been inconclusive. Deep-vein compression ultrasonography of the lower limbs (for DVT detection) has a specificity as high as 97%.7

Accuracy
Although promising interventions to predict the probability of pulmonary embolism, such as assessing plasma concentrations of D dimer, are emerging, the ability to image the embolism proper offers an invaluable clinical advantage. Of the current diagnostic technologies, only pulmonary angiography, the relatively new spiral CT, and MRI provide a direct imaging opportunity. The capacity of MRI to detect a pulmonary embolus is still not fully appreciated, and not all facilities are equipped with the necessary technology.

With fast scanning techniques and contrast-enhanced imaging, spiral CT is remarkable in its ability to visualize central pulmonary emboli (with a sensitivity and specificity of more than 95%).7 Although accuracy is lower for spiral CT scans of the lobar and segmental vessels, their sensitivity and specificity is still as high as 90%; this approximates the diagnostic ability of pulmonary angiography.8 At the subsegmental level of the pulmonary artery, however, the ability of spiral CT to image a pulmonary embolism is poor, and as many as 50% of emboli may be missed. The question that needs to be addressed is whether subsegmental pulmonary emboli are clinically important.

Research has shown that as few as 10% to 15% of pulmonary embolism patients present with an exclusively subsegmental event.9 Despite this low percentage, the danger of such emboli is obviously greater among patients with pulmonary disease. Not only is this patient group the least able to lose additional gas-exchange capacity, but it also includes those individuals most likely to display prominent signs and symptoms of pulmonary embolism.

While spiral CT and pulmonary angiography are comparable at the level of the central, lobar, and segmental pulmonary vessels, the angiogram is superior in evaluating the circuit distal to the fourth division. Nevertheless, pulmonary angiography is not a perfect test, and it will produce inconclusive results. During the PIOPED research, two interpreting angiography judges could agree only on the presence or absence of pulmonary emboli in 81% of cases studied.8 After the same investigation evaluated vessels at the subsegmental levels, agreement fell to 66%.5

Benefits of Spiral CT
Beyond the objective of imaging a pulmonary embolism, spiral CT excels as a diagnostic alternative to pulmonary angiography. Secondary chest pathology of the parenchyma, pleura, and mediastinum is explored as the CT unit scans the thorax as a whole. Simultaneous visualization of the chest is of particular benefit in cases in which the patient’s underlying disease is yet to be fully determined.

It seems certain that any direct test for pulmonary embolism must include an investigation for DVT. In the early stages of a possible pulmonary embolism, however, a single test with results that can be acted upon is the desire of clinicians. While spiral CT is not as sensitive or specific as pulmonary angiography, the accuracy of the two tests differs little in imagin pulmonary vessels to the fourth division. Only after the question of clinical significance is answered concerning emboli of the subsegmental vessels will the truw importance of spiral CT  be established. At that point, medicine may welll embrace the advanced technology of the spiral CT scan as the new gold standard for the diagnosis of pulmonary embolism. 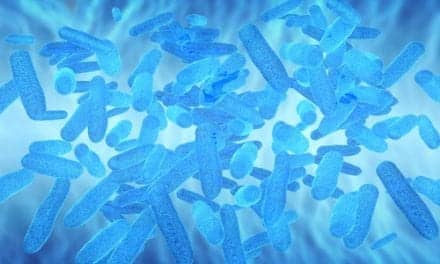