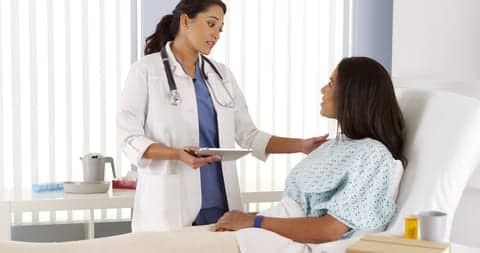 A study reveals that people with celiac disease have a slightly higher risk of contracting pneumonia, especially in the first year after diagnosis. The researchers looked at rates of CAP in 9,803 patients with celiac disease and 101,755 people without the condition. Of those, 179 (1.82%) and 1,864 (1.83%) of people in each group, respectively, developed CAP, which worked out to a rate of 3.42 cases per 1,000 people in the celiac group and 3.12 per 1,000 people in the control group.

The risk for CAP was highest among patients with celiac disease the closer they were to the time of diagnosis but remained elevated for more than 5 years, according to the researchers. The elevated risk was not seen in vaccinated celiac patients or in people over 65 years of age.

A team that included Joe West, MD, of the University of Nottingham, conducted the study. West explains that the increased risk is likely due to weakened spleen function in people with celiac disease.

West states, “The persistent risk following diagnosis would suggest that greater efforts should be made in celiac disease to follow this guidance.”

The Celiac.com news report indicates that the results of the study suggest that clinicians be extra vigilant about vaccinating celiac patients, and health officials in the United Kingdom are now recommend that people with celiac disease receive pneumococcus vaccinations.