Since the initiative was implemented, ventilator-associated pneumonia has decreased 41%. In addition, urinary tract infections related to catheters were cut by 24% and cases of blood poisoning dropped 11%. The lower rates of infection have saved an estimated $11 million in health care costs, according to the article.

While hospital-related infections account for an estimate 99,000 deaths nationally each year, the California Department of Public Health estimates 12,000 of those deaths are people in the state.

Staff at Hoag Memorial Hospital, Newport Beach, Calif, reportedly followed procedures related to curbing infections among patients on ventilators more closely, including setting beds at 30-degree angles to help keep patients’ airways clear. In addition, respiratory therapists and nurses worked to improve oral care among patients to help keep bacteria that could potentially lead to pneumonia from building up in patients’ mouths. Patients’ mouths were swabbed with hydrogen peroxide four times a days, and their teeth were brushed with an antibacterial solution twice a day.

As a result, the hospital has no cases of ventilator-associated pneumonia since December 2010, down from 18 in the preceding 1-year period.

“It’s become second nature,” said Rico Thomas, respiratory therapist at Hoag Memorial, in an interview with the Los Angeles Times. “You know you have to do oral care. It’s of the utmost importance. You keep down the bacteria.” 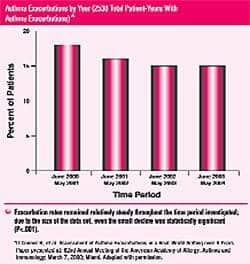