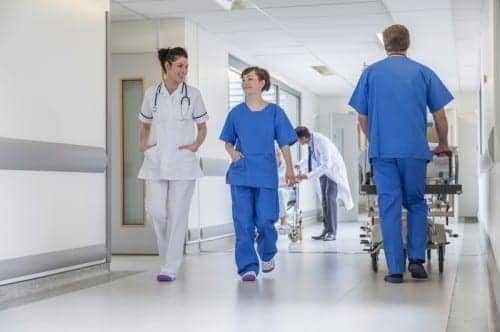 Patients initially acquired new bacterial strains that were present in their room before their arrival. But over time, the microbial communities on surfaces in the patient’s room, particularly the bedrails, became more similar to the patient’s own flora. Surprisingly, treatments such as chemotherapy, antibiotics, or surgery had only a weak or statistically insignificant effect on patients’ skin microbiota. But how much patients were able to get around did affect the mix of their skin microbes, likely because more mobile patients were exposed to a broader array of bacteria.

Read the rest at www.medscape.com

A New Study Looks At How Far Cough Droplets Can Travel