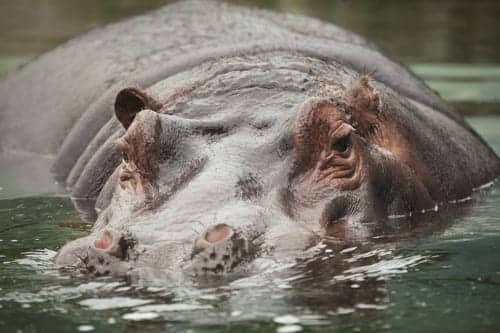 Researchers from UC-Santa Barbara tracking the movement of hippos in the Ruaha National Park region of Tanzania were able to use the GPS data to study the progress of an outbreak of anthrax in 2017. According to their study published in Ecosphere, reduced dry-season flows in the Great Ruaha River indirectly spread the infectious disease by affecting hippo movement.

Researchers say a lack of water forced healthy hippos to congregate in infected pools or with deceased hippos who died of the bacteria. Their movements then aided the spread of the disease.

The hippos were outfitted with GPS collars as part of another study to track the animals’ movements to better understand their behavior and ecology. But when the anthrax outbreak occurred, researchers compared the GPS data to anthrax-afflicted areas of the river and discovered the hippos may have been spreading the bacteria.

“Hippos can be considered the canary in the coal mine,” said co-author Melissa Schmitt, a postdoctoral researcher at UCSB’s Department of Ecology, Evolution and Marine Biology. “Their sensitivity to adverse conditions makes them a good indicator of how global change may influence disease dynamics and overall wildlife health.”

Read the study at www.esajournals.onlinelibrary.wiley.com