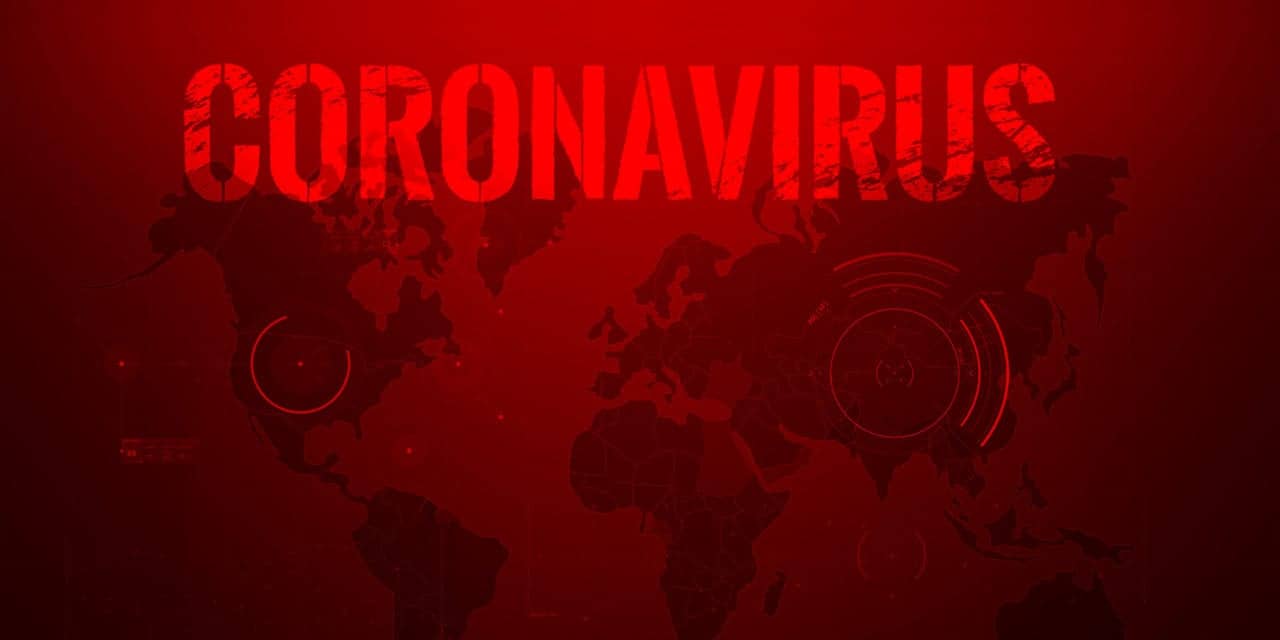 The US Centers for Disease Control and Prevention believes the United States should prepare for an outbreak of the novel coronavirus COVID-19 as global cases surge and containment becomes more and more difficult. One CDC official said the outbreak is a matter of “when” not “if.”

“We expect we will see community spread [of coronavirus COVID-19] in this country,” Nancy Messonnier, MD, director of the CDC’s National Center for Immunization and Respiratory Diseases, told reporters in a Feb 25 media briefing. “It’s not so much a question of ‘if this will happen’ anymore, but rather a question of ‘when exactly this will happen’ and how many people in [the United States] will have severe illness.”

To date, 57 cases of COVID-19 have been confirmed in the US, including 43 “repatriated” Americans overseas who were evacuated and transported back to American soil (40 passengers from the Diamond Princess cruise ship in Yokohama, Japan and 3 US citizens from Wuhan, China).

But the CDC warned that number will grow as the international spread of the virus continues.

“As more and more countries experience community spread, successful containment at our borders becomes harder and harder,” Messonnier said, adding that the CDC’s current response has been successful and that it will maintain a dual approach: continue measures to contain the virus and employ strategies to minimize the impact when it does arrive.

On Monday, the Trump administration issued a request to Congress for $2.5 billion in funding for coronavirus preparedness, including at least $1 billion for vaccine development, The Hill reported.

“The Administration is transmitting to Congress a $2.5 billion supplemental funding plan to accelerate vaccine development, support preparedness and response activities and to procure much needed equipment and supplies,” White House Office of Management and Budget (OMB) spokeswoman Rachel Semmel told The Hill.

Some health officials and members of Congress believe the request is “lowballing” the true costs to fight a potential pandemic, while others point out some of the spending “raids” other health programs. According to The Hill, only 50% ($1.25 billion) would be new spending, with 50% pulled from existing health initiatives, including $525 million from US Ebola preparedness.

Department of Health and Human Services director Alex Azar warned lawmakers recently that US healthcare workers would require roughly 300 million N95 respirators during a coronavirus pandemic, but only about 30 million are currently available, Newsweek reported.

A significant portion of the White House’s requested funds would go to stockpile necessary medical supplies, such as masks, Azar told lawmakers. “If we get the money we could make that market and get that capacity built here,” Azar said. “We’d be scaling up domestic production that doesn’t fully exist right now.”

The World Health Organization has created an online course to assist healthcare facilities in preparing for cases of coronavirus. The free course, Infection Prevention and Control (IPC) for Novel Coronavirus (COVID-19), can be accessed via the WHO website and provides healthcare workers and department directors with information on responding to emerging respiratory viruses (like COVID-19), how to limit human to human transmission, and how to identify, isolate and report suspect and confirmed cases.

On Monday, the WHO declined to label the coronavirus outbreak as a pandemic but cautioned it “absolutely” had the potential to be. “For the moment, we are not witnessing the uncontained [sic] global spread of [COVID-19] and we are not seeing large scale severe disease or death,” WHO director-general Tedros Adhanom Ghebreyesus told reporters. “Does this virus have pandemic potential? Absolutely, it has. But are we there yet? From our assessment, not yet.”

“Using the word ‘pandemic’ now does not fit the facts but it may certainly cause fear. Now is not the time to focus on what word we use. That will not prevent a single infection today or save a single life today,” Ghebreyesus added.

But according to the CDC’s Messonnier, the current COVID-19 epidemic meets two of the three criteria for pandemic status: 1) causing illness and illness resulting in death, and 2) sustained person-to-person spread. She said it is moving towards the third criterion: “worldwide spread of the new virus.”

As of Feb 26, a total of 81,002 cases of COVID-19 have been confirmed in 38 countries, including eight nations who have documented their first cases in the last 24+ hours: Afghanistan, Algeria, Austria, Bahrain, Croatia, Iraq, Oman, and Switzerland. A total of 2,762 deaths have also been reported, compared to 30,098 recovered patients.

According to the World Health Organization’s Dr Bruce Aylward, about 80% of cases in China are classified as mild, 13% are severe, and 6% are critical. Aylward, who led a joint WHO infectious disease research team to China, said the mortality rate of COVID-19 was between 2% and 4% in China’s Hubei province, and 0.7% in other provinces. [By contrast, the fatality rate of influenza and pneumonia in the United States during the 2017-18 flu season was an estimated 0.135% and for the 2018-19 flu season was an estimated 0.096%, as per CDC data.]

With 1,146 confirmed infections of the virus and 12 fatalities, South Korean officials are scrambling to contain the virus by testing over 200,000 members of a religious community that has been at the center of the infection spread, according to Yonhap News Agency. YNA reports that approximately 80% of confirmed cases originated at either a Shincheonji Church in Daegu or a Cheongdo hospital (both about 180 miles southeast of Seoul).

The Korean outbreak has also infected a US Army service member stationed at a base in Daegu. According to a US Forces Korea public affairs alert, the 23-year-old man is the first US soldier diagnosed with the virus. The USFK said he was in self-quarantine and health officials were tracing down possible contacts.

In response to the Korean outbreak, the CDC has issued a Level 3 travel alert (its highest warning) urging Americans to avoid all nonessential travel to South Korea. The agency warns of “limited access to adequate medical care in affected areas” and a growing number of infections in the country.

The World Health Organization continues to caution over the impact the virus could have on nations with fragile healthcare systems, such as those in Africa, which saw its second case of COVID-19 diagnosed in Algeria on Monday. The Algerian case was confirmed in a traveler from Italy, according to the WHO.

At least four cases originating in Italy moved to nearby countries. According to BBC News, along with Algeria, the first cases in Austria, Croatia, and Switzerland can all be traced back to transmissions in Italy, which has a total of 391 COVID-19 cases and 10 reported deaths.

The Italian government has admitted an inadequate containment response by a Northern Italian hospital contributed to the spread of the virus in the country, which has not yet located its so-called “Patient Zero.” The government has enacted travel restrictions in parts of the country and has locked down towns in Lombardy south of Milan, in effect quarantining 100,000 people, according to CNN.

Iran’s 16 reported deaths are the greatest number outside mainland China, as health officials are exploring why the country’s 16% mortality rate is as much as 8-times that of China’s. With only 95 reported cases yet 16 deaths, some health experts question whether full information is being provided by the country’s government, a charge that Iran’s deputy health minister denied just hours before he himself was diagnosed with COVID-19, according to BBC News.

Iran has refused to impose quarantines in areas affected by the outbreak, as Shia shrines in the city of Qom remains open despite virus activity there. According to BBC News, “They say quarantines are old-fashioned and that they do not believe in them.”

The coronavirus is infecting more than just patients, as stock markets worldwide have experienced downturns over fears the virus is affecting economies in hard-hit countries like China.

Billionaire investor Warren Buffett expressed his fears in a letter to Berkshire Hathaway investors on Monday, saying it was “scary stuff” but cautioned that it shouldn’t affect investors’ stock decisions, according to CBS News.

“Twenty or 30 years from now, American business — and probably all over the world — will be far better than it is today,” Buffett told CNBC on Monday.

According to BBC News, the US losses were mirrored by losses overseas, including a 2% drop for the UK’s FTSE 100 and a 3.3% drop in Japan’s Nikkei 225.

The impact has gone beyond economics, as well. In Italy, the COVID-19 outbreak in the country’s North forced city officials in Venice to cut short its annual Carnival celebrations by two days. According to Travel + Leisure, all guided walks, opera performances and parades were cancelled.

The outbreak also affected Milan’s annual fashion week, as designer Georgio Armani canceled his Fall 2020 runway show and livestreamed it from a closed-door location, according to The Cut. Two other designers, Hugo Boss and Dolce & Gabbana, went ahead with their shows.

At the same time, Tom Cruise’s “Mission Impossible 7” film suspended shooting in Venice amid the outbreak. According to The Hollywood Reporter, Cruise was not in Italy for shooting yet, however, the crew and remaining cast were sent home. 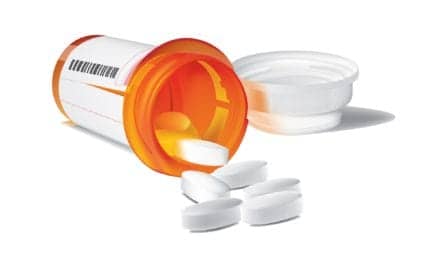 Imported Disease Related to Most US Measles Cases